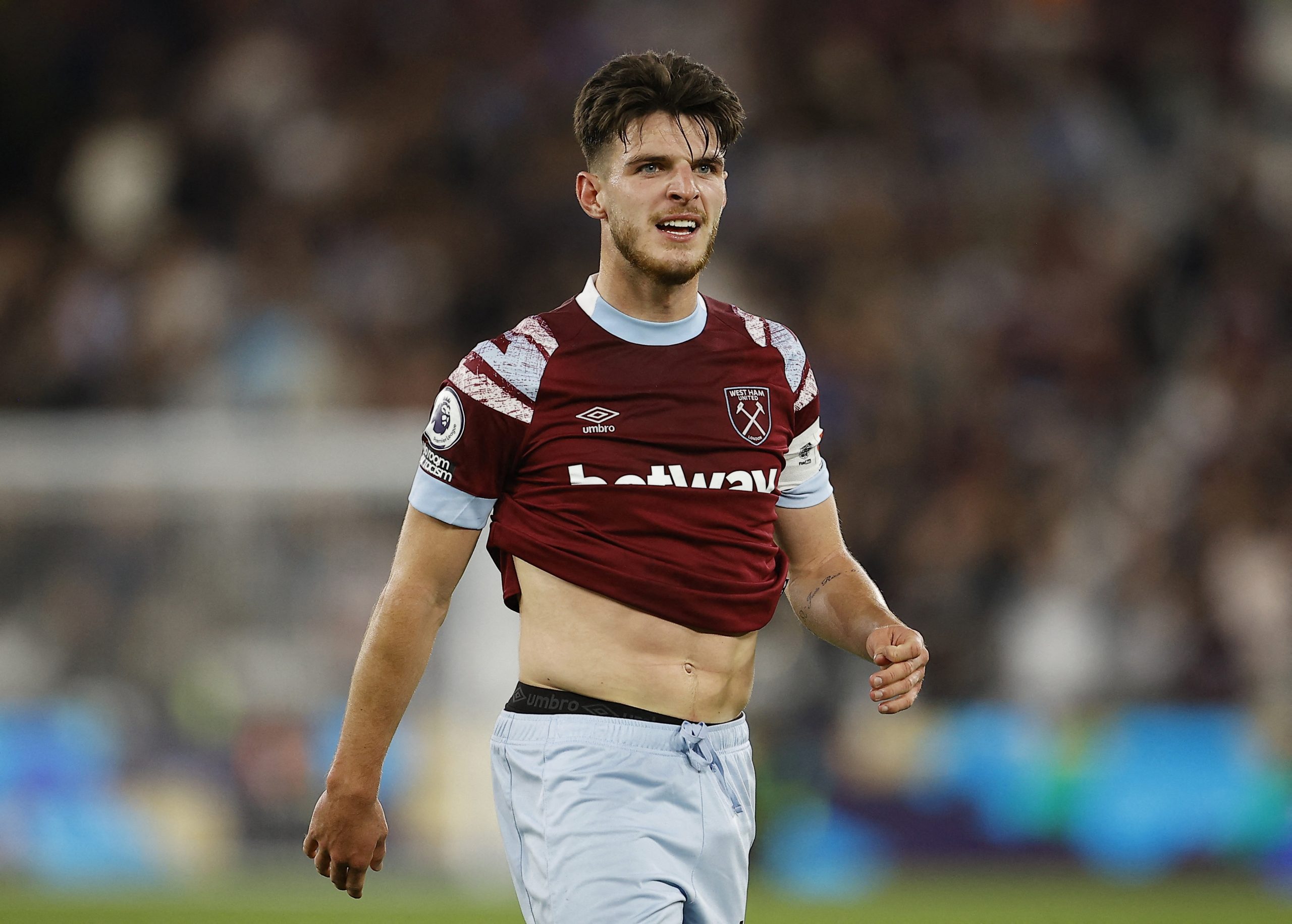 West Ham United Declan Rice is ‘expecting to leave’ the club in the near future.

That is according to 90min, who have been informed by sources that the England international is expecting to depart the London Stadium next summer in order to further his career.

The report states that Chelsea are currently seen as the frontrunners to sign the 23-year-old, but the likes of Liverpool, Manchester City and Manchester United have all previously spoken to West Ham about the prospect of signing Rice and could make moves of their own.

Rice’s contract now has less than two years remaining, with West Ham unable to persuade their skipper into signing a new deal with improved terms.

In many ways, West Ham fans must be prepared to see Rice eventually moving on from east London.

Ultimately, a 23-year-old midfielder who ranks among the best in his position in Europe for metrics such as pass completion, interceptions, tackling and ball carrying is bound to be an asset who is too good to resist as far as Europe’s elite are concerned.

Add in the fact that he is captain of a Premier League club competing in European competition and a fully-fledged England international with 34 caps, and the Irons can expect to find themselves swarmed with interest for the homegrown star.

West Ham’s number 41 has asserted himself as the very heart of the midfield engine room and continues to improve important facets of his game.

This season, he seems to be addressing his creative output, which was lacklustre last term and saw him create just 24 chances.

This campaign is rather different. The £60k-per-week star has already conjured up ten chances across his first eight Premier League games in 2022/23, on target for a significant improvement compared to last season, with the skipper already getting two assists in return for his efforts.

The immediate attacking threat was arguably the weaker part of his game but it seems as though he will improve on that this season, which can only be to West Ham’s benefit.

Ultimately, if Rice is looking to switch clubs next summer, it would come as a devastating blow to the balance of the Irons’ squad, with the 23-year-old seemingly possessing leadership qualities similar to that of Mark Noble – a method of leadership, coated with passion and aided by humility.

West Ham fans will surely be hoping that the appointment of his former midfield colleague as sporting director from January may help to persuade the England international to stay put, although you cannot blame Rice if he does want to go, having previously been reported to covet experiencing Champions League football.