Flynn Downes must “convince” David Moyes of his worth 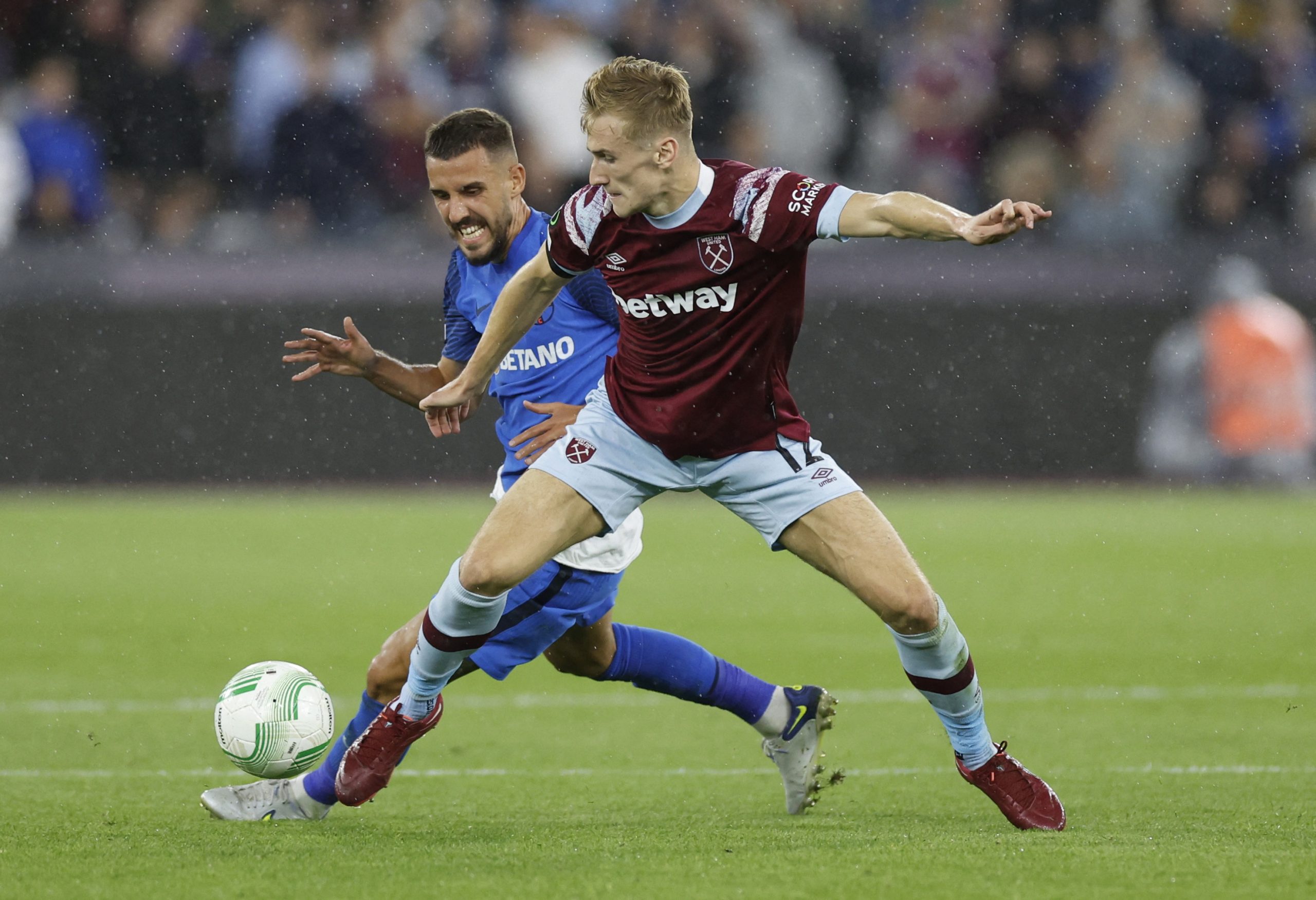 West Ham United summer signing Flynn Downes faces the tough challenge of convincing David Moyes that he is worthy enough of a chance to start and showcase his talent in the Premier League.

That is according to journalist Dean Jones, who claims that the £12m summer arrival from Championship side Swansea City will need to bide his time before regularly starting top-flight games for the Hammers due to his lack of experience at this level.

The journalist also believes that the stuttering start endured by the Irons in 2022/23 could make it even harder for the 23-year-old to be thrust into the thick of it in the Premier League.

Speaking to GIVEMESPORT about Downes, Jones said: “He’s got to convince David Moyes, first and foremost, that he’s worth that chance in the Premier League.

“It’s really tough to give him chances in the league because they didn’t start well. You can’t just start taking a chance on a player that you haven’t seen at a high enough level.”

He has to convince Moyes

Having played just one minute of Premier League football in the first six games of the season, Downes clearly has a job on his hands to convince Moyes of his ability, to which point Jones’ insight is entirely correct.

However, if the 23-year-old can deliver similar performances to what we saw in the Europa Conference League against Romanian side FCSB when called upon, then he could gradually find himself being trusted more often by his manager.

In a game which contrasted nicely with their Premier League campaign so far, the Hammers dominated possession and had 21 shots on goal in a 4-3-3 system which seemed to suit all involved as they came from behind to defeat their visitors 3-1.

Indeed, the performance was positive for Downes too, who completed 58 out of his 64 attempted passes at a success rate of 91%.

Declan Rice came out on top with an impressive 76 passes, although this was from an attempted total of 87, leaving him with a slightly inferior conversion rate of 87% compared to his fellow 23-year-old.

The former Swansea talisman is no stranger to picking the right ball, having averaged 71.5 accurate passes per 90 last season as played a pivotal role in the sustainability of his team’s 63.9% possession average over the course of the campaign, the highest in the 2021/22 Championship.

Quite simply, Downes needs to earn his place in Moyes’ side, but once he’s in, he could well help West Ham to resolve their lack of authority in possession. They currently rank third-lowest in the Premier League possession stakes, having averaged 40.6% in the opening six games of the season.