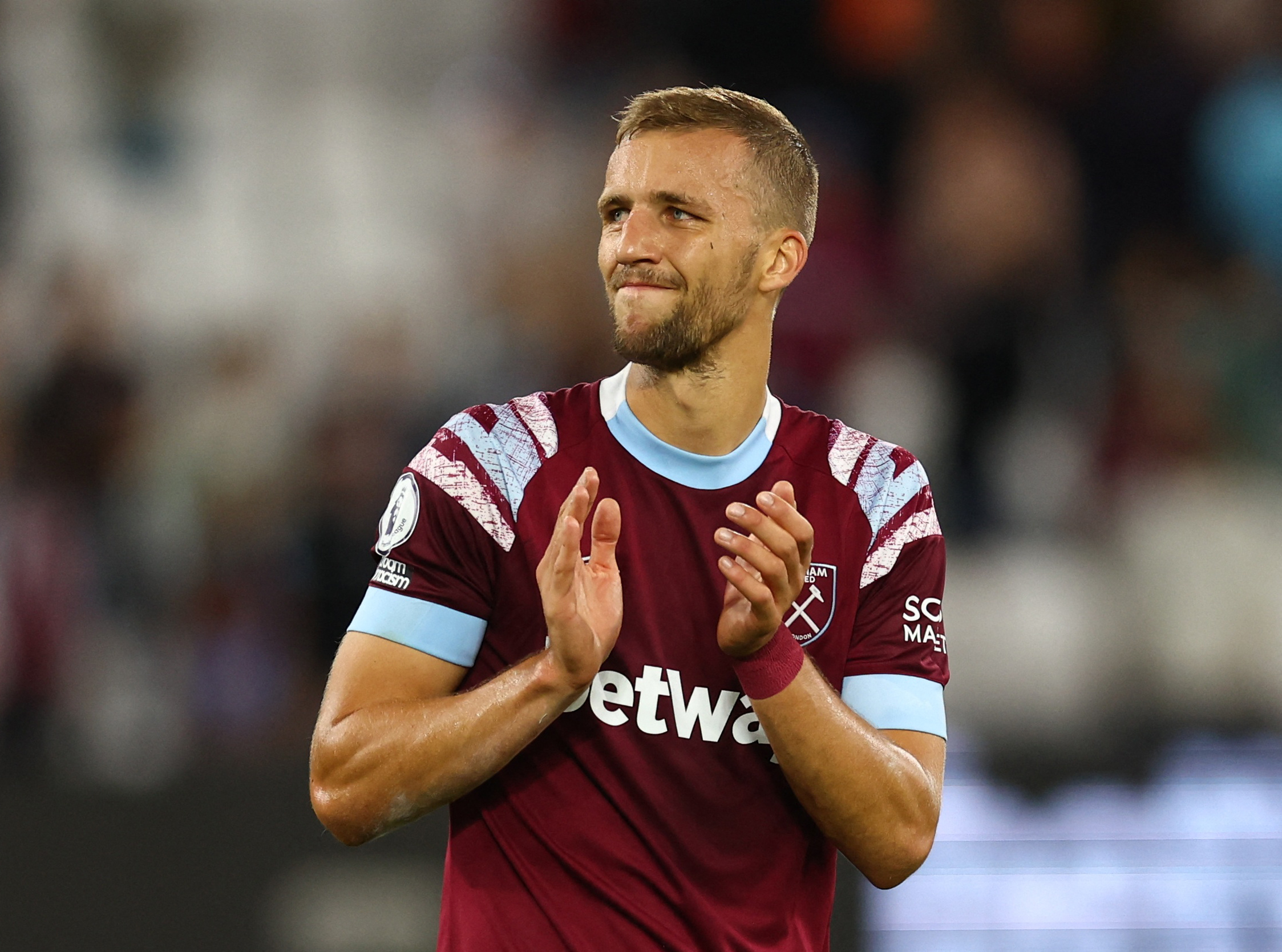 Tomas Soucek’s decline in form could be down to him not seeing “eye-to-eye” with David Moyes and the owners at West Ham United.

That is according to journalist Paul Brown, who believes that this could be a significant reason for the midfielder’s underwhelming start to the season.

The journalist feels that the 6 foot 3 giant’s performances have worsened since reports of a feud with Moyes, with an inability to agree a new contract up to this point over an apparent difference of opinion in terms of wages.

Whilst this might be the case, Brown believes that Irons manager would be taking a huge risk if he were to drop the Czech Republic international in favour of starting summer signing Flynn Downes after the international break.

Speaking to GIVEMESPORT, Brown said: “It’s always risky to throw any of your kids into a team that’s struggling a little bit, but I do understand the frustration with Soucek. He’s not looked the same player for some time now.

“There were lots of stories about him not seeing eye-to-eye with the manager. There was talk about him being up for sale in the summer and his contract situation dragged on.

“I’m sure all that’s been playing on his mind and may be the reason behind his dip in form.”

Whilst Soucek has not recently been at the heights that we know he can reach in terms of attacking output, the £47k-per-week midfielder has not been a complete flop for the Hammers this season.

In fact, there are arguments to be made that Declan Rice’s creative intent has made his midfield partner look worse, when he is really serving as the unsung hero in the team.

Defensively speaking, Soucek is the anchor in the midfield for the Irons this season and has even improved upon his metrics across the 2021/22 campaign.

The Czech midfielder, who has been accused by freelance journalist Alan Rzepa of having an “awful mentality”, tops the West Ham squad with 1.6 successful tackles per 90 and comes a close second for his 1.9 interceptions per 90, with compatriot Vladimir Coufal just pipping him with 2.1 per match.

Meanwhile, Rice has made a more conscious attempt to create chances for his team and finds himself pulling the strings for the Hammers once again. In his attempts to create opportunities, he has been relatively successful thus far.

The 23-year-old currently sits third for chances created among Moyes’ squad, having supplied his team-mates with eight chances this term.

Across the entire 2021/22 Premier League season, Rice managed to create just 24 chances, and he is now on track to improve massively on that total.

Unfortunately, that attacking intent has seen Soucek implement a more conservative playing style this season, with the unresolved contract situation serving as no help for his headspace at all.