West Ham’s lack of goals could be a “big worry” 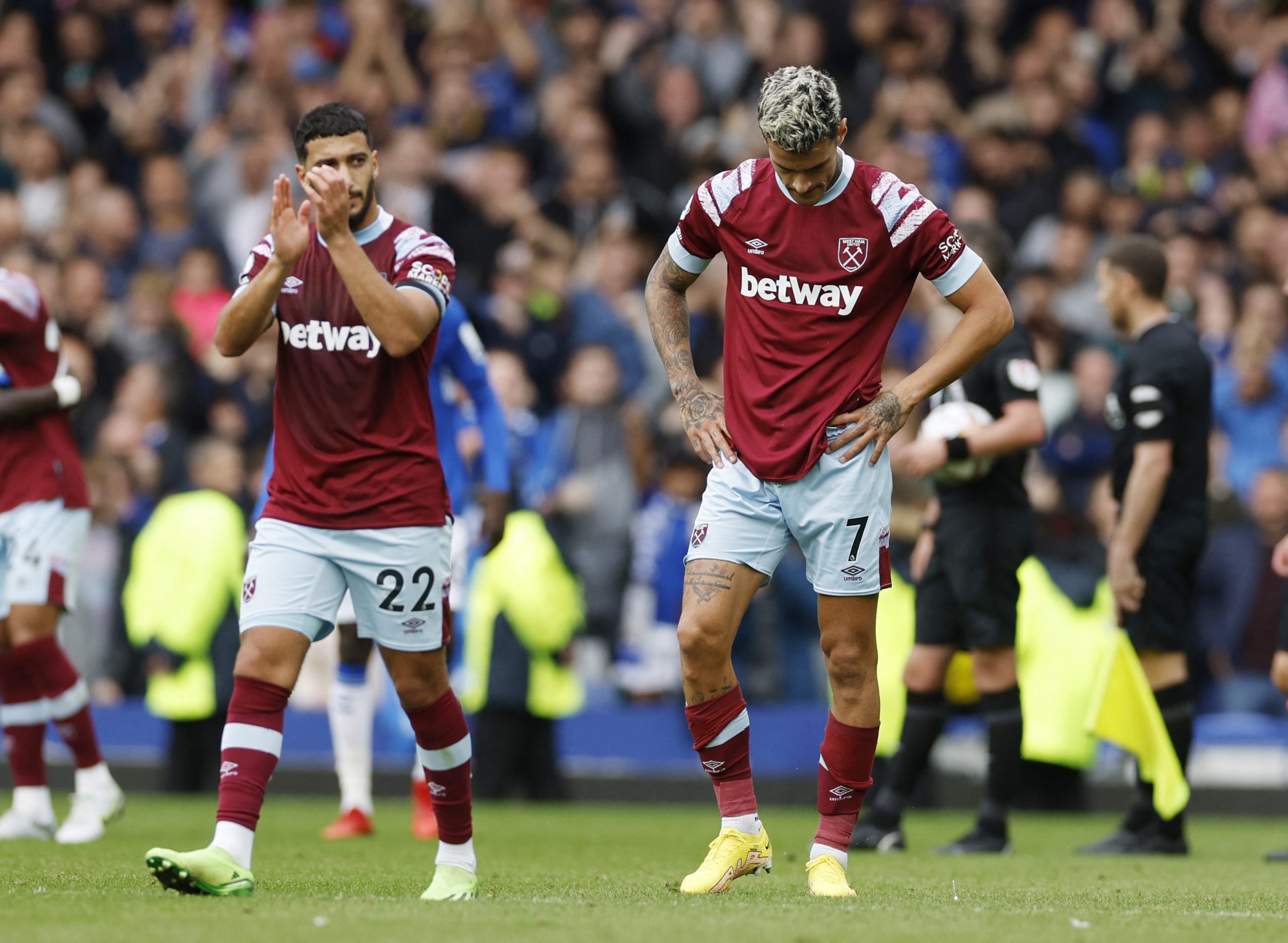 West Ham’s lack of goals this season should serve as a big worry for David Moyes.

That is according to Paul Brown, who discussed the matter in an interview with GIVEMESPORT.

The journalist does feel as though the team aren’t performing overly poorly, but has voiced his concern over the lack of cutting edge on display so far this season.

Speaking to GIVEMESPORT, Brown said: “At the moment, you can’t see them scoring that many goals, which is the big worry.

“I don’t think they played particularly badly against Everton; it was just a little flat. I think they could easily have won that game if the breaks had gone their way.

“So, there isn’t a huge amount to worry about. But I do think that he needs to start working out where all these players are going to fit into his team.”

Having scored just three goals in their seven Premier League games so far this season, Brown’s concerns are entirely relevant.

With a goals-per-match return of just 0.4, the Hammers find themselves joint-bottom in the division for this metric alongside Wolves, who also showed signs of struggle in that department last season.

The Irons are desperately lacking in creativity and have managed a measly four big chances this season, which sees them ranked 19th for this metric, just ahead of Bournemouth.

The player who created the most chances for Moyes’ team in the 2021/22 Premier League is Aaron Cresswell (10), predominantly from left-back.

Where West Ham falter massively in terms of creativity is in midfield. The partnership of Declan Rice and Tomas Soucek is arguably too defensive, especially in a double-pivot.

The duo created just 45 chances between them in the league last term, with Dwight McNeil outdoing them both in his final season for a relegated Burnley side, having created 47 chances on his own.

Whilst Rice has shown more intent to prompt chances for his team-mates this time around, having created eight chances so far, there is still a big disparity between the Hammers and their Premier League rivals.

Too many players are being too conservative at West Ham, and with pressure mounting on him, Moyes may need to make some tactical tweaks to solve this conundrum.