West Ham have no concerns over Declan Rice 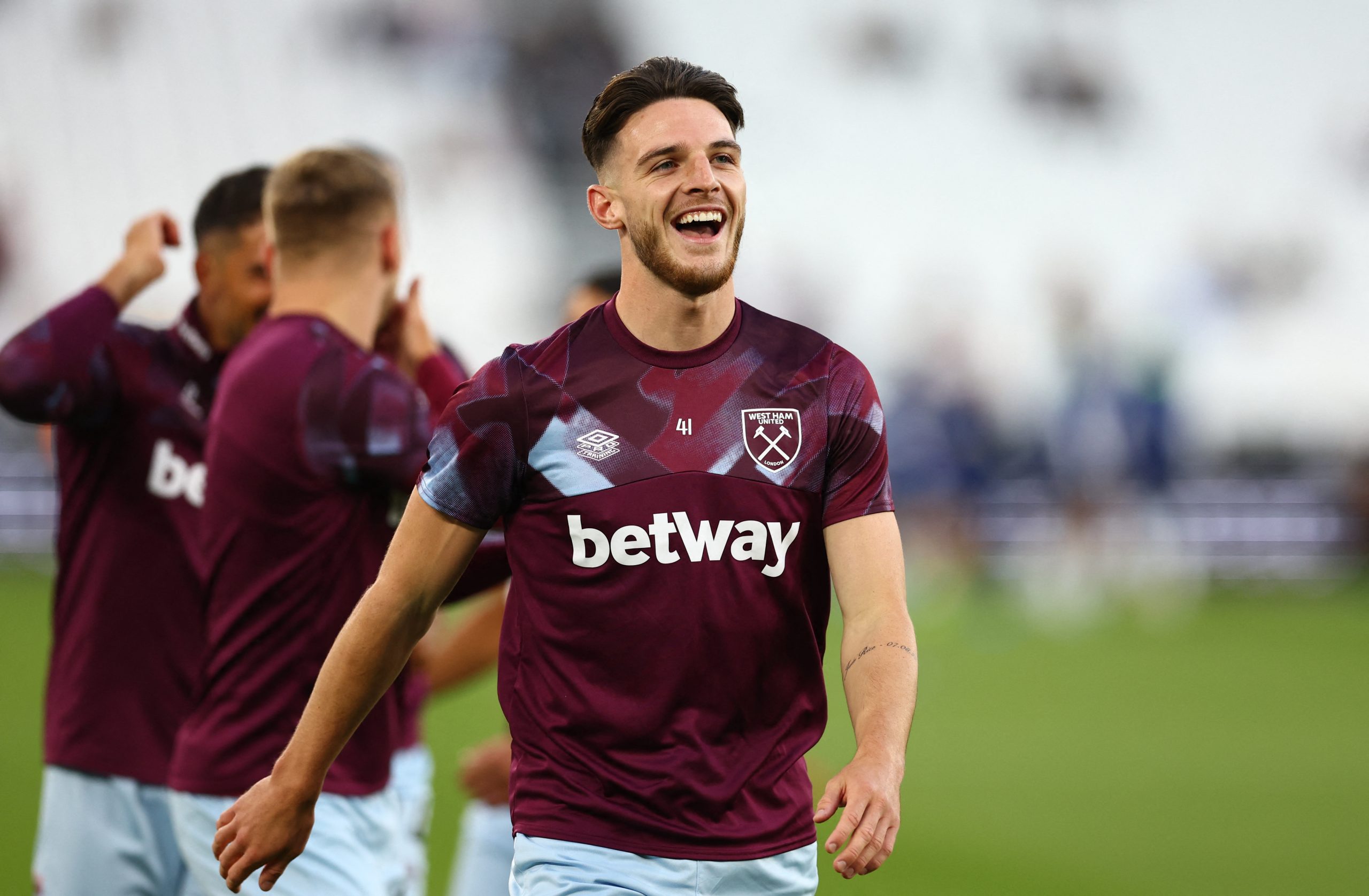 West Ham are not worried about star man Declan Rice.

That is according to transfer insider Dean Jones, via GIVEMESPORT, who claims the club have no concerns over the England international, despite the fact that he has been a long-term target for London rivals Chelsea.

Jones states that the 23-year-old has his head down and is concentrating on the task at hand.

Speaking to GIVEMESPORT, Jones said: “For now, I mean, West Ham are very confident about the place that Rice is in. He’s knuckling down and he trusts the process. He knows that any move for him will come along at the moment in which he actually needs it.”

Moyes will be buzzing

Hammers boss David Moyes will be buzzing with the latest admission around Rice, who is a pivotal part of the West Ham team with or without the captaincy.

Despite West Ham’s poor start to the Premier League season, which has seen them struggle to both create and put chances away, Rice has helped himself to two assists, which puts him on par with Mohamed Salah at present.

The England international will be looking to add a greater threat of end product to his game and build on from last season which served as his best campaign as a professional thus far, scoring a solitary goal and garnering four assists along the way.

With Rice having begun his career as a centre-back, he is naturally gifted as a ball-winner and this has not been a concern for Moyes and co this season, with his defensive partnership with Tomas Soucek still going strong.

Though, in the current set-up, both men are part of the Hammers’ problem in failing to create chances, despite Rice’s haul of two assists so far this season.

With an average of 1.71 shot-creating actions, which places him in FBref’s 36th percentile amongst positionally similar players, Rice either needs to find a way to create more threat as a box-to-box player, or Moyes needs to use both him and Soucek as attacking transition initiators, who stay back and hold the fort whilst others get forward.

Either way, the 23-year-old remains a pivotal part of the West Ham set-up and the latest news will come as a major boost to all involved with the club.