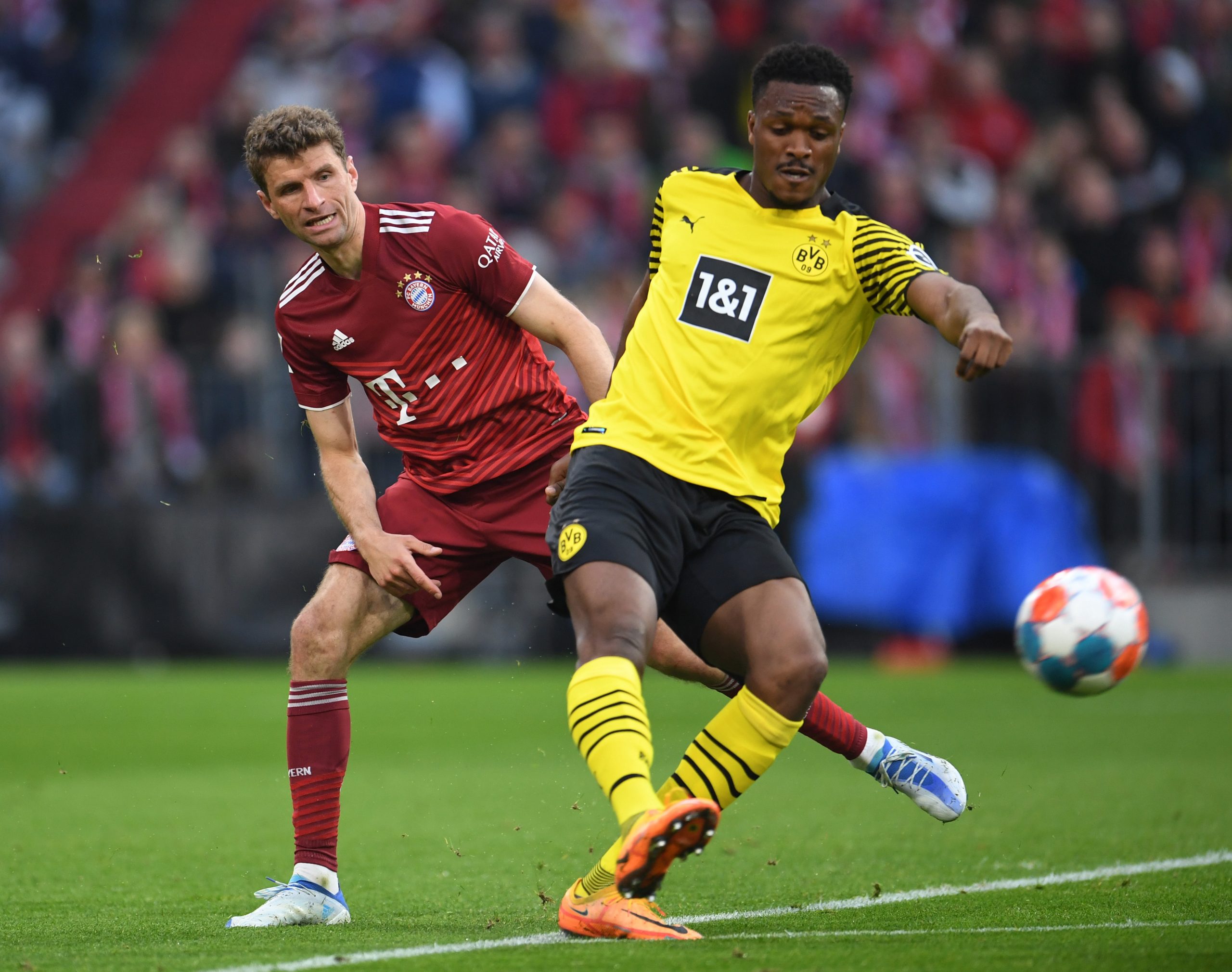 West Ham United are in ‘direct talks’ over a deal which would see former Borussia Dortmund star Dan-Axel Zagadou don the colours of claret and blue.

That is according to Portuguese insider Pedro Almeida, who took to Twitter to issue an update over the French centre-back.

This claim follows links dating back to the summer, during which the Hammers were heavily touted to move for the 23-year-old. Following the latest update from Almeida, it seems as though a move for Paris Saint-Germain youth star is on the cards once more.

Taking to Twitter page to issue an update on the matter, Almeida said: “Zagadou [to] West Ham. English club is in direct talks with [the] French player’s agent.”

He’d be perfect for West Ham

With direct talks being held for the “funkiest name in world footba[ll]”, as per Michael Oti Adjei on Twitter, David Moyes has the potential to snap up a player with almost limitless potential on a free transfer.

It’s a move which would illuminate the West Ham squad and would no doubt bolster the backline, more so in a technical sense.

With an average of 99.88 touches per 90, and 79.73 passes completed at a success rate of 89.2%, the 23-year-old has asserted himself as one of the most astute ball-playing centre-backs in the current footballing landscape. All but one of the aforementioned metrics seeing him rank in the 99th percentile among positional peers in Europe’s top five leagues over the past 12 months, as per FBref.

He could be just what West Ham need, as they have struggled to assert themselves in possession this season, accruing the fourth-lowest possession total in the Premier League so far.

Moyes and co would benefit massively from the recruitment of a composed central defender who would arrive with plenty of unspent potential, in what would be a low-risk transfer overall despite a poor injury record for the 23-year-old.

West Ham should try to seal a deal for this ball-playing free agent as quickly as possible.