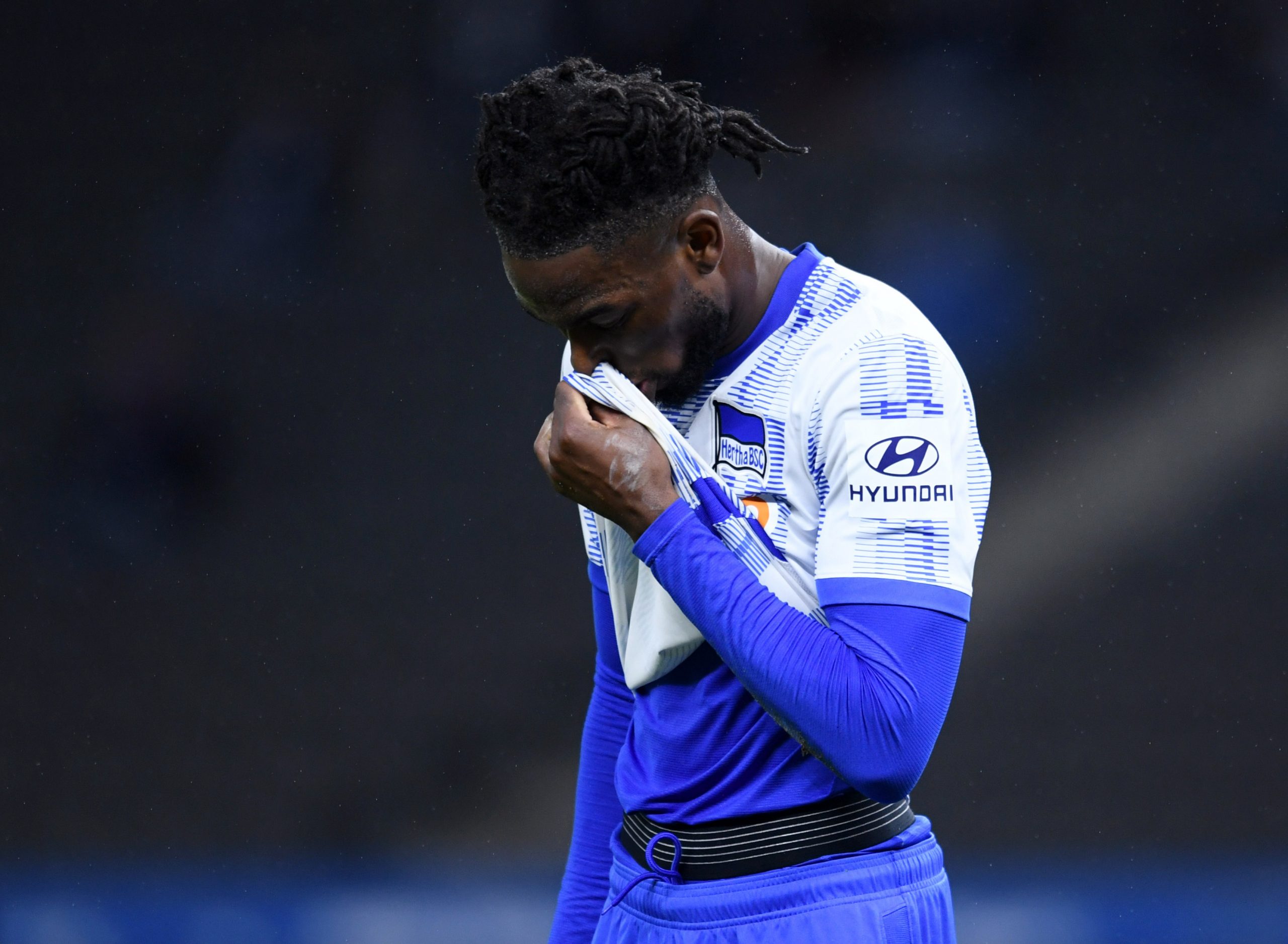 West Ham United have made an enquiry in regards to signing Hertha Berlin centre-back Jordan Torunarigha.

According to Sky Germany journalist Florian Plettenberg, Bundesliga side Wolfsburg also have an interest in the former Germany U21 international.

“News #Torunarigha : Gent made an offer (about 2 million € + bonuses). Player & Hertha have declined. Wolfsburg & West Ham have inquired about him. Probably: change within the Bundesliga! Price: around 5 million € ! conversations are ongoing,” he tweeted.

The Irons’ are already very close to signing Rennes and Morocco centre-back Nayef Aguerd, but it seems that David Moyes is keen to add more depth at centre-back to his ranks.

The Latest: It would cost around £4m

According to the same journalist, it would likely take about €5m (£4m) to get Hertha to part company with their centre-back asset.

The 6 foot 2 colossus spent time on loan at Gent in Belgium last season, but it looks like he could be making his way to English shores this summer.

The Verdict: Get him signed

Though Torunarigha might not be a familiar name amongst English football fans, he has got a fairly decent reputation back in Germany.

Current Hertha manager Pál Dárdai has spoken in glowing terms in the past about his centre-back.

“Jordan is a really competitive type of guy – we can always rely on him in important matches,” said Dárdai.

“That was already the case when he was younger.

“He’s a rough diamond that has to be polished a little bit more.”

The 24-year-old made 22 appearances combined for both Hertha and Gent during the 2021/22 season, providing one assist along the way, according to Transfermarkt.

His stats for his performances with Hertha last season are impressive, with FBref ranking him in the top 2% (3.54) of centre-backs for interceptions per 90 minutes over the last campaign.

Across the £4.5m-rated man’s appearances this season, he has managed to win nine tackles and make 33 interceptions according to the same stats provider, suggesting that he may need some time to adapt to the pace of the Premier League.

The former Gent man has earned himself a SofaScore rating of 7.01 for his performances in the Pro League last season, suggesting that when called upon he has been particularly impressive, which would suit Moyes down to the ground.

The Irons’ have struggled this season for fitness at the back, so adding numbers to that back-line will go down well with the West Ham faithful, especially when competing on a Premier League and UEFA Europa Conference League front next season, and for just £4m Torunarigha would look to be solid and sensible addition at the London Stadium.

In other news, West Ham could be scouting Marco Friedl…