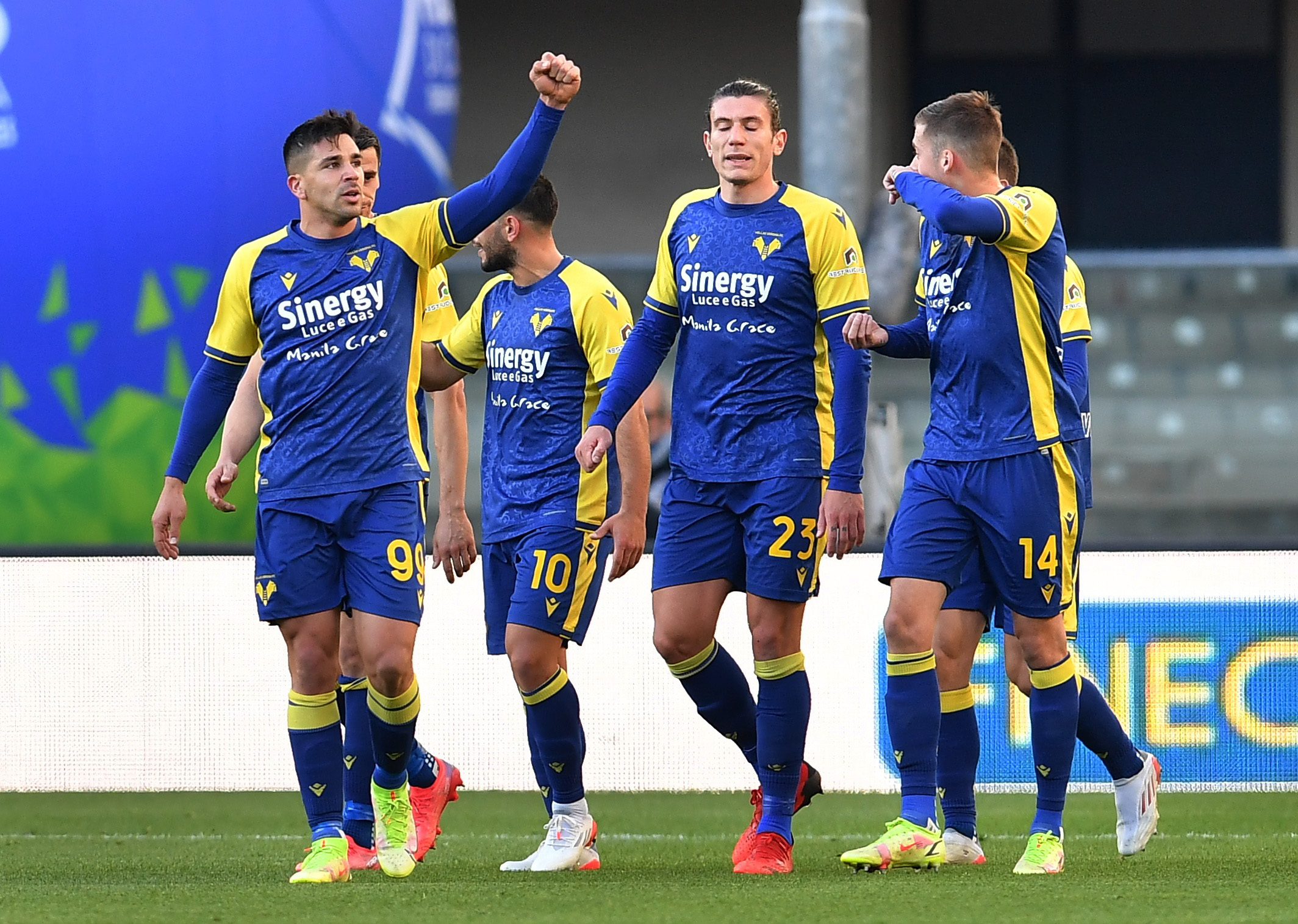 West Ham United have been linked for a move for Cagliari striker Giovanni Simeone this summer.

That is according to AS, who believe that the five-time Argentina international could be available for €20m (£18m) this summer.

The striker played for Hellas Verona on loan last season, and the same website suggests that his current loan club are willing to purchase the Argentine, before selling him on for a profit this summer.

The report comes at a time when it is no secret that manager David Moyes is looking for a striker next season, with Emmanuel Dennis, Armando Broja, and Duvan Zapata all having been linked to the club over the course of the last six months.

Michail Antonio has currently been leading the line in that central striker role for the Hammers this season, but the Irons are desperate for a proven striker to play that position for them next season.

With West Ham currently linked with Simeone, let’s take a look at how he and Antonio compare ahead of the Argentine’s possible move to the London Stadium.

Despite not playing in his preferred winger position, the six-time Jamaica international performed admirably for the Irons last season, scoring 13 goals and providing 11 assists in 47 appearances for Moyes’ side, according to Transfermarkt.

He has had to press from the front for the Europa League semi-finalists over the course of the last season, applying 460 pressures, 133 of which were successful, according to the same stats provider.

The 32-year-old has earned himself a 6.97 SofaScore rating for his performances in the Premier League over the last season, suggesting that despite being played out of position, Antonio has proved himself to be versatile enough to put in consistently decent performances in that position.

Meanwhile, the £15.3m-rated man, who has been described by journalist Toni Padilla as having a “scoring nose”, also had an excellent season in Serie A, scoring 17 goals and providing six assists in 37 appearances last season according to Transfermarkt, suggesting that he is a more reliable goalscorer than his West Ham counterpart, though he hasn’t provided as many goal involvements as Antonio.

The 26-year-old ranks in the top 11% of strikers in Europe’s top five leagues for non-penalty goals scored per 90 minutes this season (0.58) and in the top 7% for progressive passes received per 90 (10.02) according to FBref, suggesting that the Argentine is a man who likes to get on the front foot.

Like Antonio, the 5 foot 9 predator is also prepared to work hard for his team from the front, ranking in the top 7% of strikers per 90 minutes for blocks (1.35) and applying 542 pressures last season, 164 of which were successful according to the same stats provider, with Simeone ranking favourably over the West Ham man in this department.

The Verona striker’s performances in Serie A last season have earned him a SofaScore rating of 6.91, which is slightly less than that of Antonio’s, but still suggests that he has performed to a consistently decent standard throughout the campaign.

We think that GSB should definitely be looking to invest in a striker this summer, and Simeone could well be the number nine the club are looking for, ahead of next season’s Premier League and UEFA Europa Conference League balancing act.

The stats suggest that overall, the Argentine is a more natural centre-forward than Antonio, and Moyes could well be attracted to the proposition of having a younger striker in the middle of the front three and moving the Jamaican international back out wide ahead of next season.

We believe that West Ham have the potential to step up another gear in the Premier League next season, and the signing of a proven marksman like Simeone for just £18m would be an exceptional piece of business.

In other news, West Ham are in pole position to sign Alphonse Areola