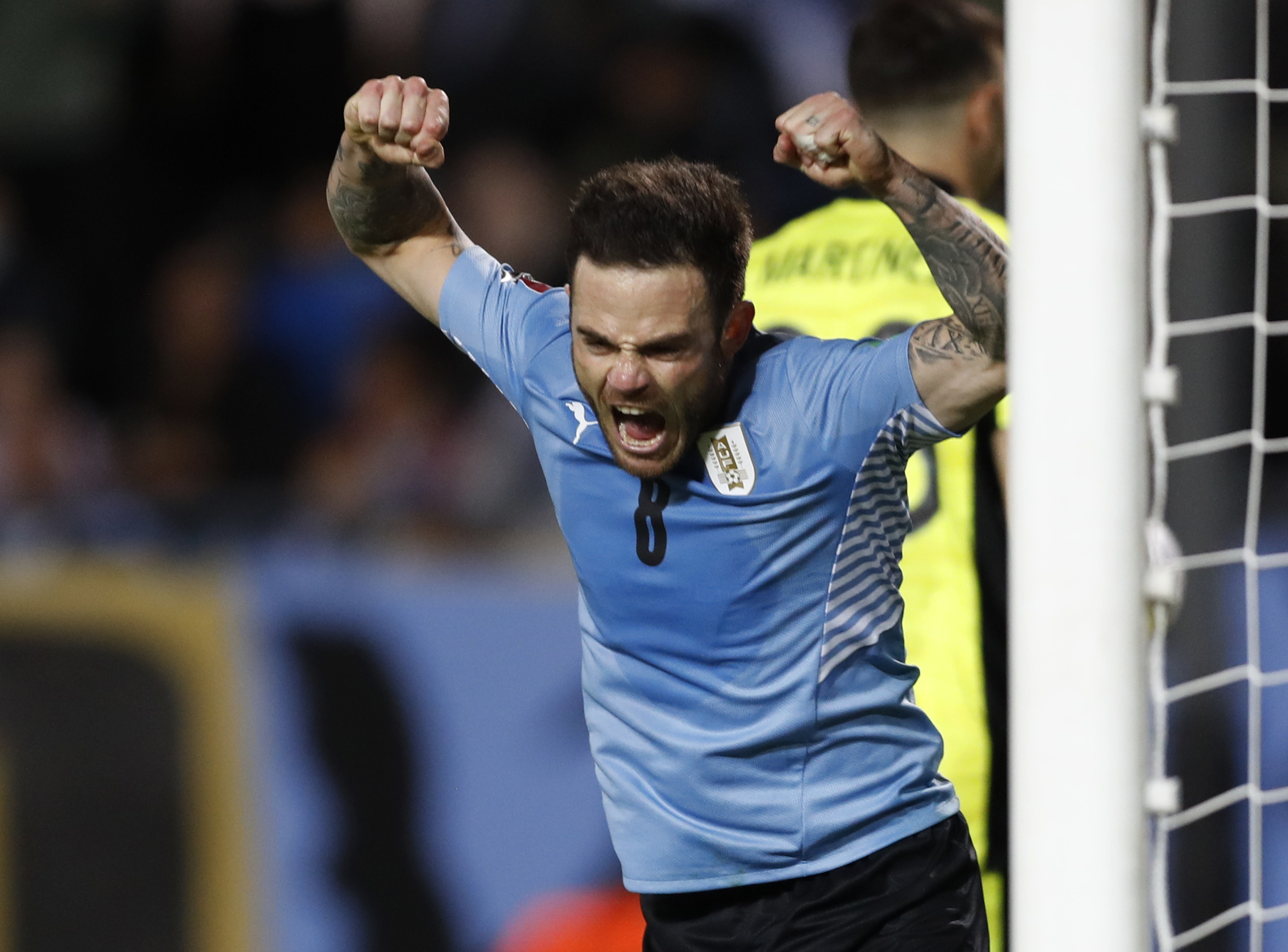 That is according to L’Unione Sarda, who state that the Irons bid £34m for the Cagliari and Uruguay midfielder during the 2021 summer transfer window.

That bid was rejected but the same report suggests that the 5 foot 6 machine could be available for as little as £10m this summer.

This comes at a time when it is rumoured that Tomáš Souček’s future at the club looks uncertain, with contract talks reaching an impasse.

With Nández potentially being the Czech Republic captain’s replacement this season, how do the two midfielders compare?

Since first arriving in East London back in January 2020, Souček has been an integral cog in David Moyes’ system, forming an impressive midfield partnership with England international Declan Rice.

The £40.5m-rated beast has made 109 appearances for the Hammers, scoring 19 goals and providing two assists in that time, according to Transfermarkt.

The 27-year-old is also extremely capable in a defensive sense, ranking in the top 1% of midfielders across Europe’s top five leagues per 90 minutes for clearances (3.22) and the top 2% for aerial duels won (3.95), according to FBref.

He has previously impressed journalist Pete O’Rourke, who has spoken about the midfielder to GIVEMESPORT.

“He’s been a great player for West Ham under David Moyes.

“He’s a key player in that midfield alongside Declan Rice. He’s effective in both boxes, he can score goals from set pieces as well.”

An average SofaScore rating of 6.97 for his Premier League performances this season suggests that the 6 foot 2 midfielder has been a consistently impressive performer for Moyes’ side this campaign.

Nández has been a regular for Cagliari when fit since joining the club in the summer of 2019, making 94 appearances for the Serie A side, scoring four goals and providing nine assists according to Transfermarkt, which is fewer goal involvements than that of Souček.

But the £11.7m-rated man has struggled with injuries this term, having suffered collateral knee ligament damage back in January.

Nández has been labelled as a “machine” by Italian football expert Conor Clancy, who would be excited by the midfielder’s presence in the Premier League.

“I like him a lot,” said Clancy, speaking exclusively to This is Futbol.

“I think he’s only about five foot seven, but you wouldn’t know it if you just watched clips of him, he is a little bit of a machine.

“He’s so powerful but at the same time, has really, really good ball control.”

The 5 foot 7 midfielder has an average SofaScore rating of 6.78 for his Serie A performances this season, suggesting that he plays to a decent standard when given the opportunity, though this is still lower than Souček’s Premier League rating of 6.97.

We think that Nández would be a decent option to replace Souček, but West Ham would be better off keeping the 52-time Czech Republic international, rather than seeking a replacement.

Whilst the 6 foot 2 colossus may not have hit the dizzy heights in 2021/22 that he did in the two seasons previously, he is still an integral part of Moyes’ side for both attacking and defensive output.

GSB will want to get the contract for the £40.5m-rated man over the line sooner rather than later, to secure his long-term future at the London Stadium and increase his transfer value even further.

However, £10m for Nández would be a bargain, so the potential blow of a Souček departure could be softened by West Ham’s head of recruitment Rob Newman snapping up the Uruguayan before the start of the new campaign.

In other news, Issa Diop could leave West Ham…