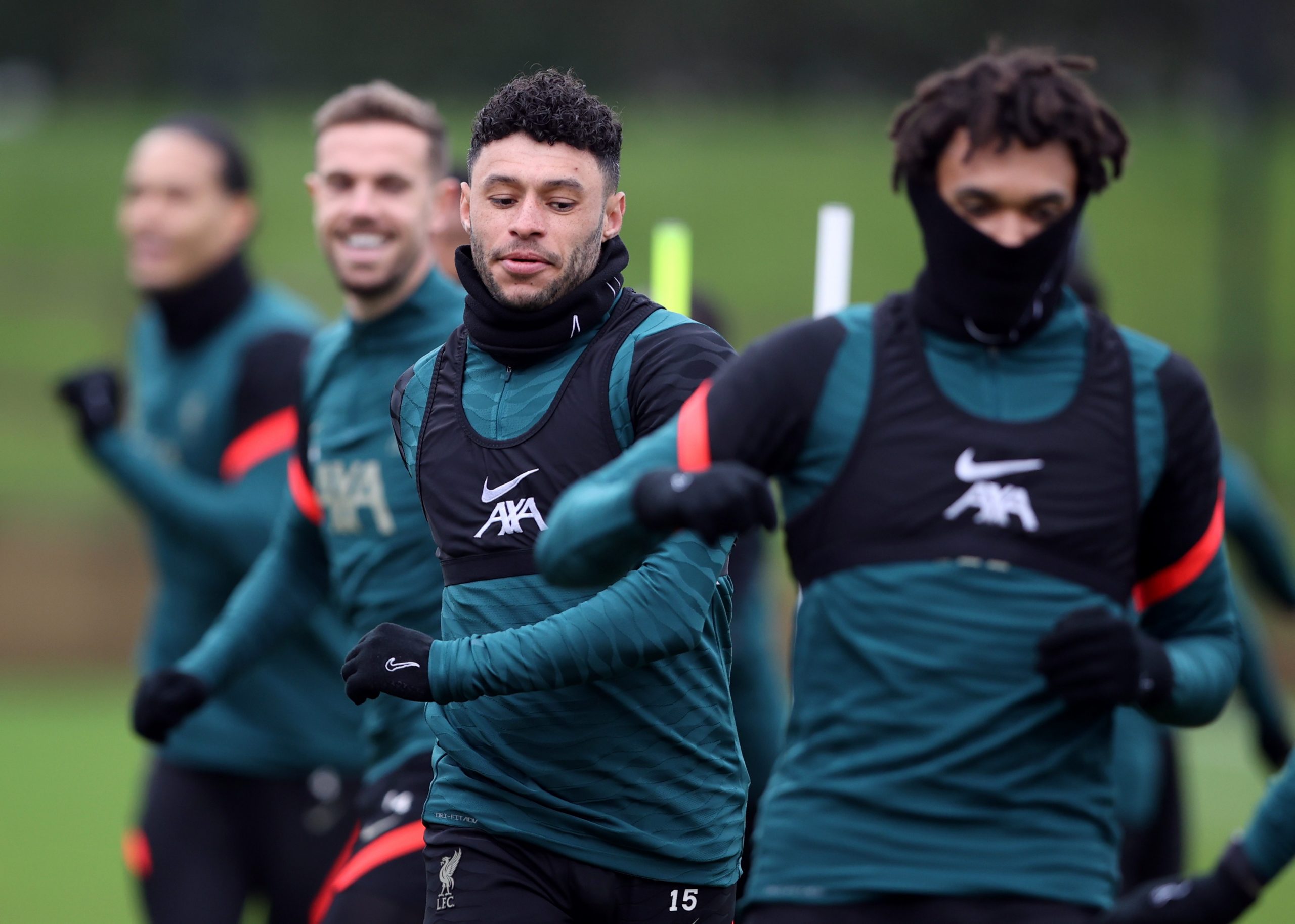 That is according to Nathan Ridley of the Daily Mirror, who suggests that West Ham is the obvious place for out-of-favour English players to revive their careers.

David Moyes’ side have had an extremely successful season, with a spot in at least next season’s Europa Conference League guaranteed, having made the Europa League semi-finals this campaign, before falling to eventual winners Eintracht Frankfurt.

You could argue that Oxlade-Chamberlain hit his peak when playing on a regular basis in Liverpool’s midfield during the 2017/18 season before he cruelly tore his anterior cruciate ligament and ruptured his collateral ligament in a Champions League tie with Roma in April 2018.

The former England international had to endure a long recovery process and has never really found regular game-time incoming for Jurgen Klopp’s side.

Klopp had expressed regret at the fact he didn’t bring Oxlade-Chamberlain on in Tuesday’s 2-1 victory at Southampton.

“I hate myself for not bringing Alex Oxlade-Chamberlain on tonight,” said the Liverpool boss

However, just like another former England regular in Jesse Lingard, Oxlade-Chamberlain could find a new lease of life under Moyes at the London Stadium and may be worth a punt if he can stay fit at the Irons.

The former Arsenal man had been used to playing in midfield when he last featured on a regular basis and would provide some much-needed cover for Declan Rice and Tomáš Souček, should they require it.

Oxlade-Chamberlain would likely prove more of a goal threat than Rice and Souček, having scored two goals and set up one goal this season, at a scoring rate of 0.23 goals per 90 mins, in comparison to Souček’s 0.15 and Rice’s 0.03 according to FBref.

The £16.2m-rated Reds outcast would add a more creative side to West Ham’s workmanlike midfield, having created 2.41 shot-creating actions per 90 mins this campaign, whilst Rice and Souček have totals of 1.72 and 1.03 respectively.

Whilst also being a useful addition to the midfield, the former England regular is also able to play out wide in a front-three if required, suggesting that his versatility could become a very useful factor for Moyes’ side.

However, he would find it tough to get in the side on a regular basis, with Jarrod Bowen, Michail Antonio and Saïd Benrahma all having impressive campaigns in front of goal, scoring a total of 29 goals between the three of them, according to FBref.

Once dubbed a “real talent” by Stuart Pearce, a fit Oxlade-Chamberlain would provide both excellent cover and an adequate first-team option for the Hammers, Moyes may feel the move would be a risky one for a player who has struggled to get any regular playing time over the last four years.

The Irons could well discover their next Lingard in the Liverpool outcast.

And in other news, Alan Hutton has urged West Ham to sign Nick Pope…