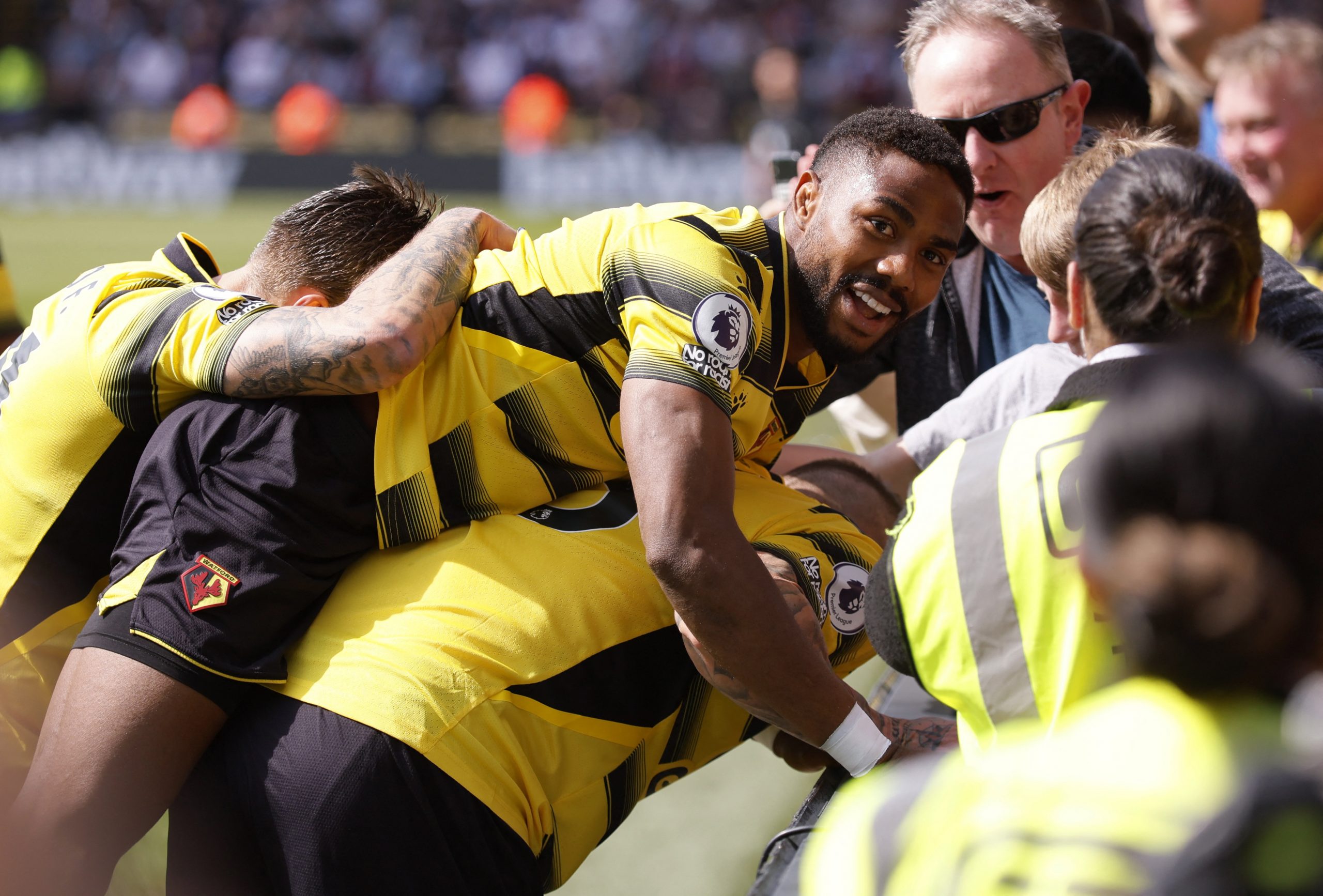 Former Premier League striker Kevin Phillips believes that Emmanuel Dennis could get between “15 to 20 goals a season” if West Ham could seal his transfer from relegated Watford.

The Daily Mirror first reported that the Irons could look to secure the services of the 24-year-old, in a planned bid of £20m.

Dennis has scored ten goals in 33 games for Watford this season, despite the club’s relegation from the Premier League.

The article also states that Newcastle United are also interested in the Nigerian international’s services.

Dennis is likely to leave Watford this summer, in order for the club to deal with the loss of revenue following relegation.

Speaking to Football Insider, the former Sunderland goal-getter has given his thoughts on how Dennis might perform should he make the short move to the London Stadium in the summer.

“He could be one of these shrewd signings who can end up getting you 15-20 goals a season,” said the one-time European Golden Boot winner.

“He’s going to be playing in a more creative, better side if he goes to West Ham.

“I think it’s a gamble worth taking.

“He’s shown he can score a variety of goals at this level.”

David Moyes has been short of a striker for some time now, with Michail Antonio frequently playing down the middle for the Irons over the past couple of seasons, and the West Ham manager has made no secret of his desire to sign a centre-forward over the last few transfer windows.

Dennis has proven already that he can score goals in a struggling team, and may be a perfect addition to complete an attacking front-line which already consists of Antonio, Jarrod Bowen and Saïd Benrahma.

But with the side lacking that instinctive predatory striker through the middle, Moyes may feel that Dennis, who was once dubbed “superb” and “unbelievable” by one journalist, will only strengthen his side’s already-impressive forward-line.

In other news West Ham could sign Alex Oxlade-Chamberlain…