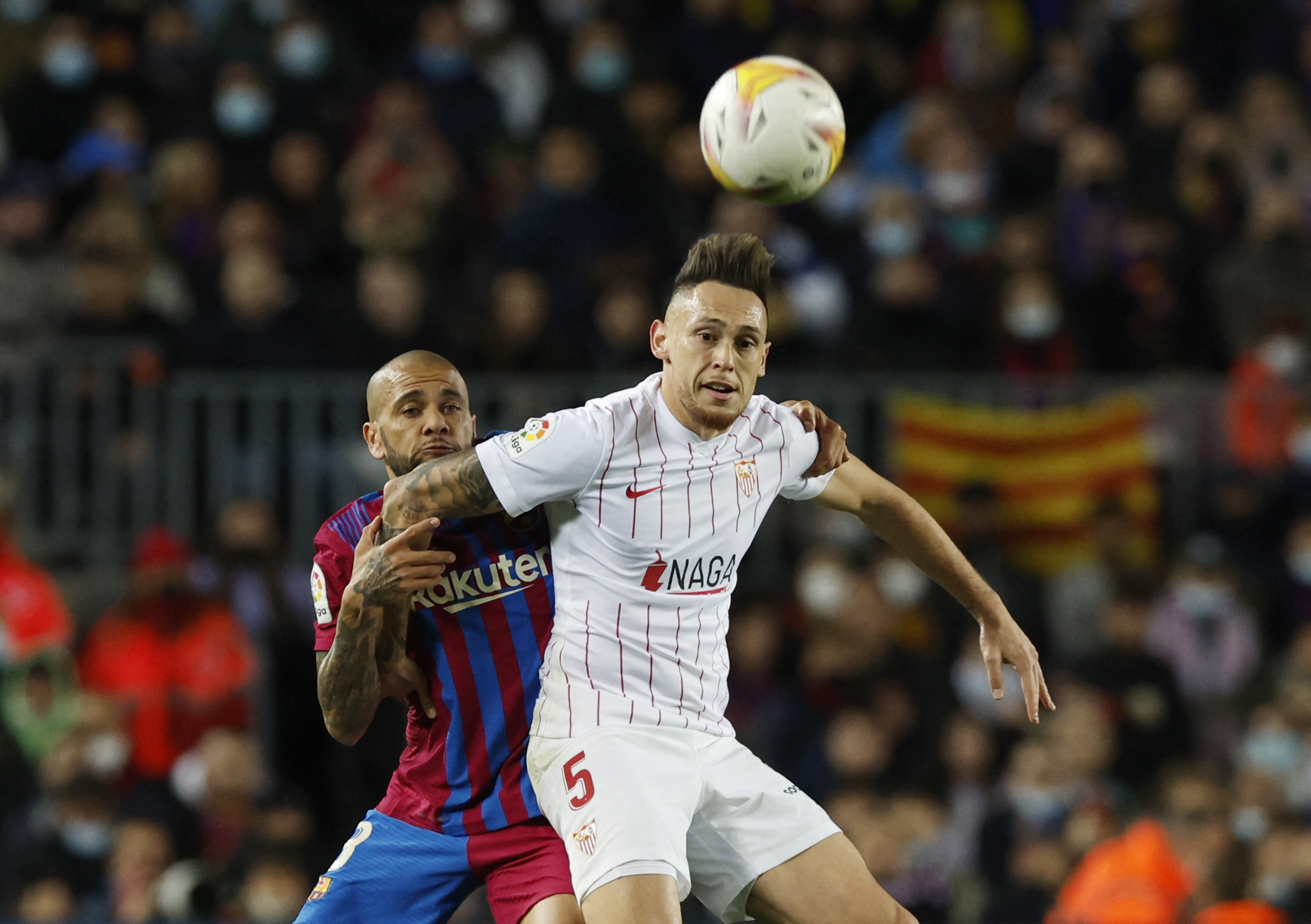 The Argentinian could leave the Estadio Ramon Sanchez Pizjuan this summer with his contract expiring in 2024.

According to Calciomercato both Wolverhampton Wanderers and the Hammers are thought to be admirers.

Predominantly deployed on the right-wing, the 27-year-old would provide manager David Moyes with another fantastic option in attacking areas and it would fill the void left by an expected summer exit.

With Andriy Yarmolenko’s contract up at the end of the season, it isn’t likely that the 32-year-old will be at the club next season.

The Ukrainian has been used sparingly at West Ham this year and despite enjoying a fruitful return over the past few weeks, with winning goals against both Aston Villa and Sevilla, it seems his future lies elsewhere.

Ocampos played the full 90 minutes as his current club defeated the Hammers 1-0 in the first leg of their Europa League round of 16 tie. However, he was suspended for the return leg after picking up a yellow card and sat out as the Irons advanced to the quarter-finals.

The £27m-rated winger drew one foul, played one key pass and had three shots (one on target) in a 6.9 SofaScore-rated performance against the Irons in their initial meeting.

Formerly of Marseille, Ocampos has scored 33 goals and provided 13 assists in Spain.

During his first season in Andalucia, the wide man netted 14 times in La Liga while also claiming a Europa League winners medal, and despite not being able to hit those heights since, the 10-capped international has been praised by a seven-time Balon d’Or winner.

Compatriot Lionel Messi said that his appearance in the national team was “extraordinary for the good of the group”. Ocampos is second for goals scored at the club this season with seven. Three assists means he is tied at the top with Ivan Rakitic for overall goal contributions.

With 1.8 shots per game, the 6 foot 3 machine ranks joint-first at Sevilla and is third for tackles (1.4) made per 90 which demonstrates his output and work rate on either side of the ball.

That is a feature of a forward that Moyes seems to enjoy and at 27, Ocampos is coming into his peak years and is putting up the attacking numbers that the Hammers desire.

If he can iron out the ill-discipline which has seen him collect 12 yellow cards this season, the former River Plate man could be a useful acquisition in east London and an upgrade on the outgoing Yarmolenko.