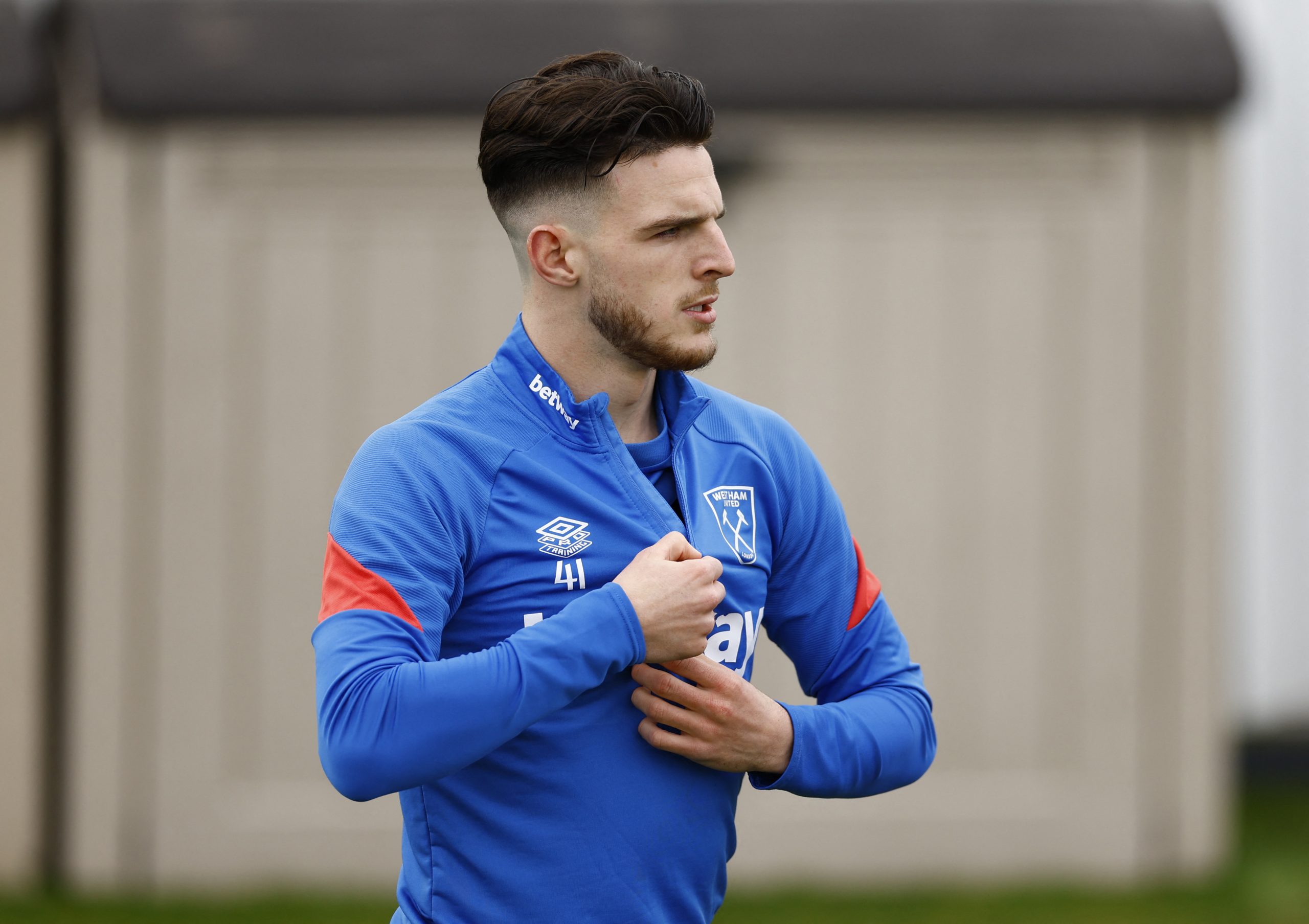 West Ham’s correspondent for The Athletic, Roshane Thomas, has appeared on Sky Sports News to discuss the valuation of midfielder Declan Rice ahead of the summer transfer window.

The 23-year-old has long been linked with a move out of east London while David Moyes said this week that the player is not for sale unless the minimum £150m asking price is met.

Rice has been an integral part of the Hammers’ run to the Europa League quarter-finals this season and has become a regular at international level.

The Englishman could be at the centre of an interesting saga this summer but just how much should the Irons be looking in return.

Thomas appeared on Sky Sports News to discuss the issue and hailed the midfielder’s talents with a glowing tribute. Presenter Pete Graves asked the journalist whether he thought Rice was worth £150m.

“I’ll say he is worth that much for West Ham, that’s how important he is. As far as I am concerned, Declan Rice is a generational talent. He is that good.”

“When you think about England and the World Cup there are only a few players guaranteed a spot in the starting-11 and Declan Rice is one of them so that’s how important he is.”

Our thoughts on Thomas’ verdict of Rice

“Generational talent” gets thrown around a lot these days but the 2019/20 Hammer of the Year is certainly a star of the future.

At just 23, he has already made 160 Premier League appearances and boasts a team-high rating of 7.38 for the season.

Any transfer fee to entice the east Londoners to sell would need to be nine figures but if the Irons are going to make a play for Europe season in and season out, they must hold onto their best players and meet the targets of world-class players.

Holding onto a “generational talent” such as Rice would be sure to persuade key targets to join the ranks and would also encourage current players to pen new deals at the London Stadium.

AND, in other news Hammers scouting £12.6m-rated target