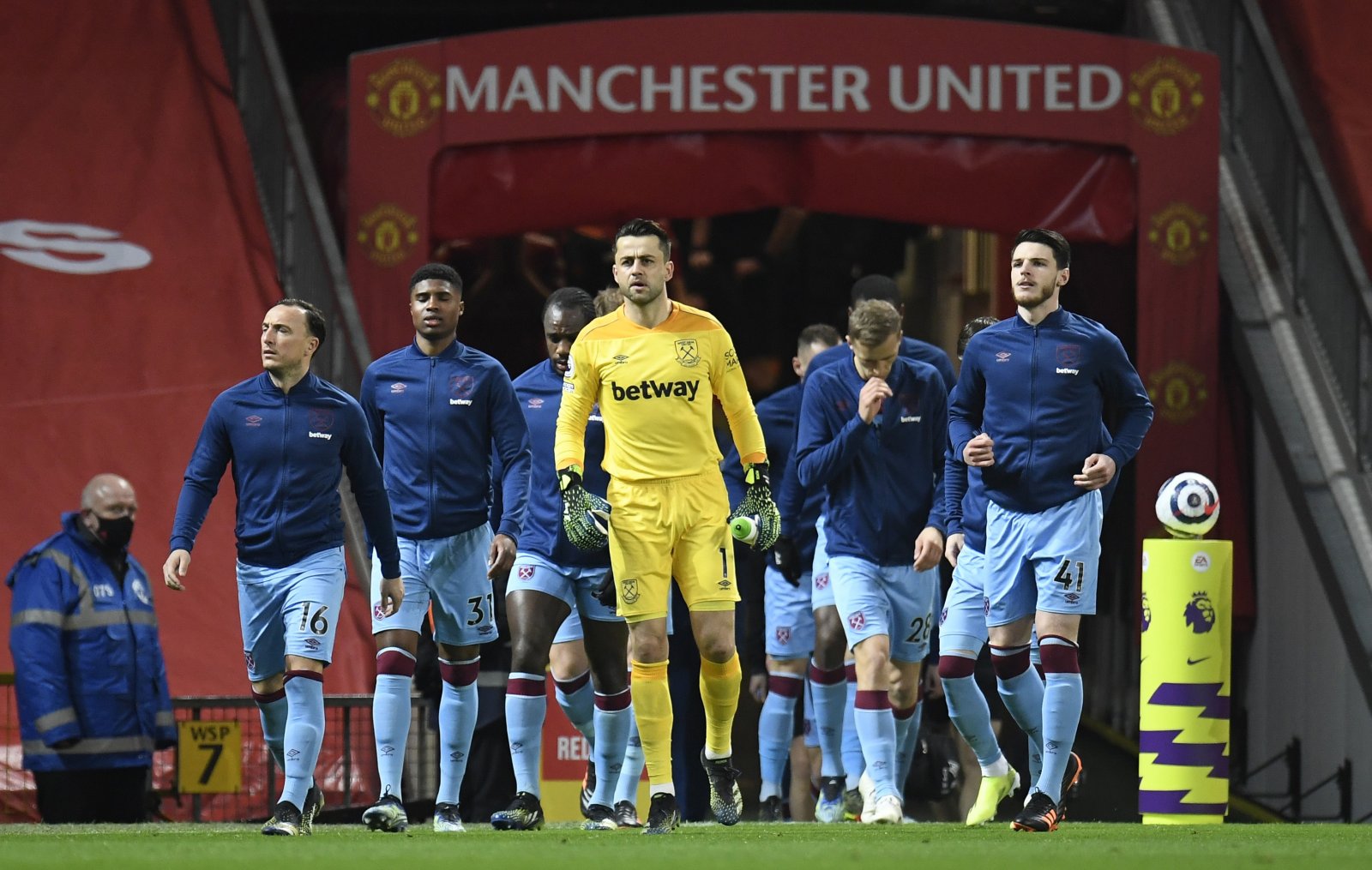 West Ham will perhaps feel an opportunity was missed as they came away from Old Trafford with nothing to show for their efforts.

The Hammers were passive in the first half as David Moyes set his side up to defend well and counter on Manchester United, however, much of the time was spent camped in their own half.

Much to everyone’s surprise the only goal came whilst defending a set-piece as Craig Dawson inadvertently turned the ball into his own net.

The Irons improved after they went a goal down and Moyes introduced Said Benrahma and Manuel Lanzini to offer more of an attacking threat.

Half chances were created but nothing clear cut as West Ham left Manchester without a point but still handily placed for a European place.

Here’s how we rated the Hammers on show…

Lukasz Fabianski – 8 – Outstanding save to deny Mason Greenwood in the first half to keep the score at 0-0. No chance with the goal and went on to make another fine stop from a long-range Bruno Fernandes effort.

Vladimir Coufal – 6 – Frustrating evening without being able to show his best in an attacking sense.

Craig Dawson – 6 – Unfortunate with the own goal but otherwise had a solid evening once again.

Issa Diop – 6 – Got away with a woeful touch which allowed the hosts to counter late on. Not a poor showing otherwise, will feel the pressure from Angelo Ogbonna’s immient return.

Aaron Cresswell – 6 – Barely left his own half in the first 45 minutes but combined well with Benrahma and Lanzini as the Hammers changed the game.

Declan Rice – 6 – Improved as West Ham did but not his finest evenings work as the side rather succumb. Cut a frustrated figure late on.

Tomas Soucek – 7 – Much better late on with license to get forward. Looked the most likely candidate to grab an equaliser.

Mark Noble – 5 – Brought into the side to help West Ham cope but barely managed a touch in the first half before being substituted. Perhaps more down to the gameplan than Noble.

Jarrod Bowen – 7 – Biggest attacking threat for the Irons and could’ve got Moyes’ men back into the clash. Fortunate to see the flag go up after missing a point-blank header.

Ben Johnson – 6 – Did little wrong but stifled attacks with his need to come inside at each given opportunity.

Michail Antonio – 7 – Isolated throughout the first half but did his best to retain possession when the ball came his way. Won’t have enjoyed his evenings work with so little in the way of service.

Said Benrahma – 6 – Made a difference when brought on but was unable to provide the big moment.

Manuel Lanzini – 6 – Similar to Benrahma, plenty of endeavour but lacked the quality when presented with the opportunity.