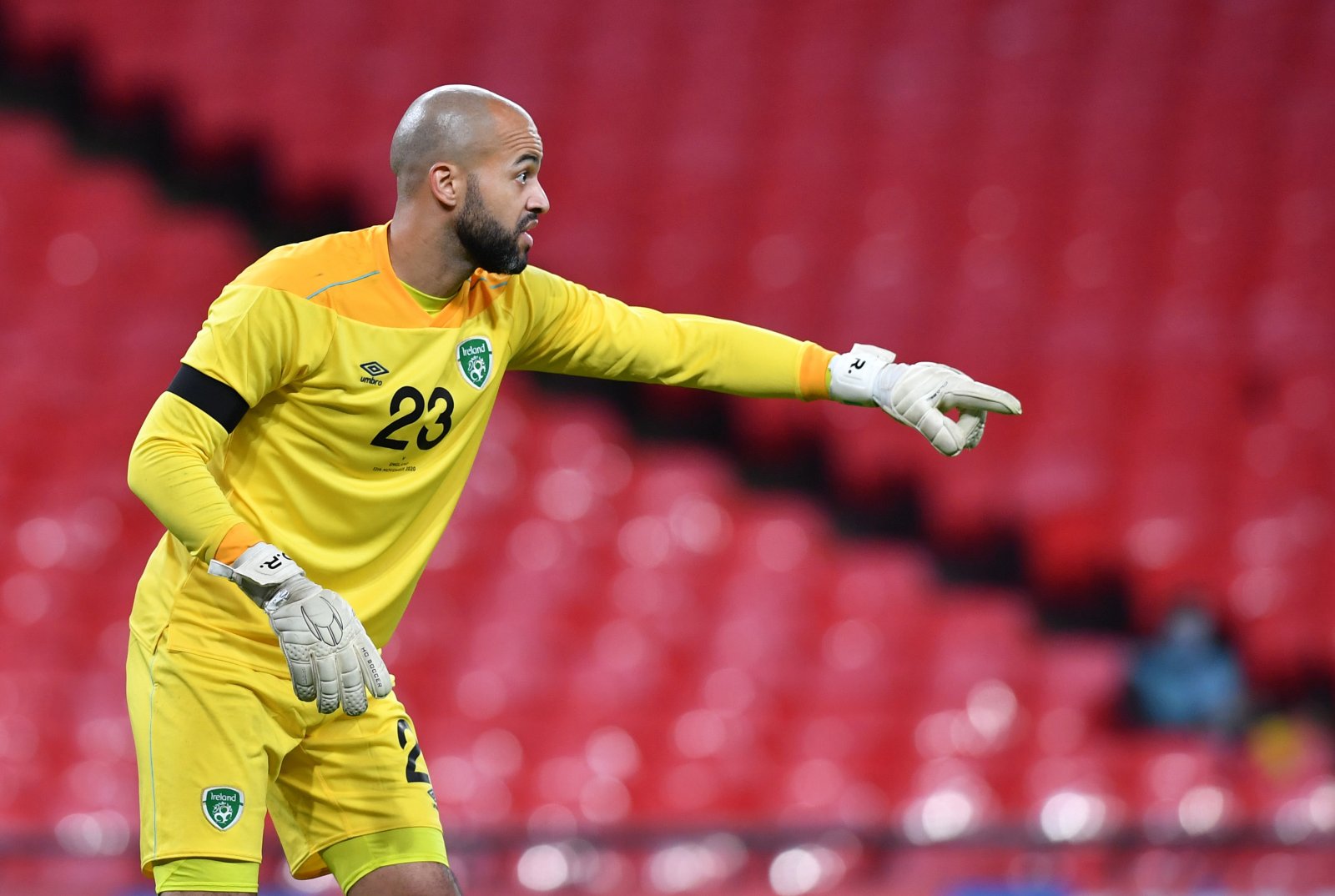 West Ham goalkeeper Darren Randolph has been ruled out of the upcoming international fixtures by Republic of Ireland manager Stephen Kenny.

As reported by BBC Sport, Kenny confirmed the 33-year-old will miss the opening World Cup qualifiers later this month because of injury.

He said: ”Darren (Randolph) won’t be fit to be selected for the camp, I’ve been speaking to Darren over the last few days and West Ham have shut him down at the moment.”

The Irishman damaged a hip whilst deputising for Hammers number one Lukasz Fabianski earlier this month and subsequently missed the 2-0 victory over Leeds United.

Fortunately for David Moyes‘ side, the Polish stopper had recovered in time to take his place in the Irons goal.

Kenny now hopes to have young Liverpool ‘keeper Caoimhin Kelleher available after he himself has been suffering from an issue in recent weeks.

Randolph, a regular for his national side earning 50-caps, has been forced to play the role of able deputy for much of his career at the London Stadium, making 51 appearances since signing from Middlesborough.

Injuries to Randolph and Fabianski recently have raised the question as to whether Moyes may look to make additions in the goalkeeping department this summer.

At full fitness the Irons have an embarrassment of riches, with both men capable number ones, however, with one fell swoop the Irons were looking down to the bare bones last week and that may have forced Moyes’ hand.