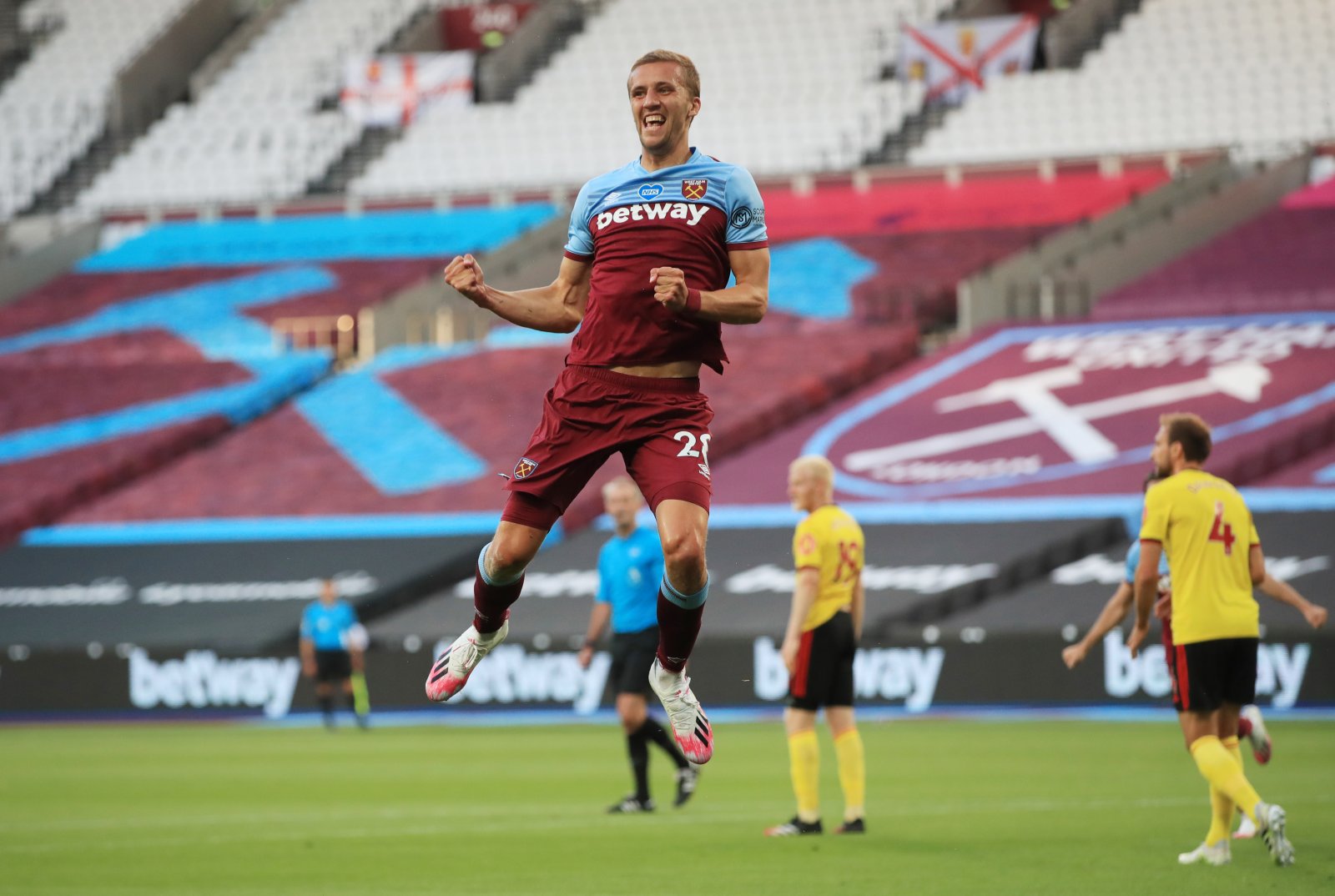 Joining on an initial six-month loan in January last year, the ex-Slavia Praha defensive midfielder has swiftly integrated himself as a hard-working anchor man within David Moyes’ tactical system – and Rice has highlighted just transformative his arrival has been.

“He’s a player next to you [that] you know you can trust. You can give him the ball in tight areas, he’s strong. He goes out there and gives everything and that’s exactly what you want playing for this football club.

“To have him now playing next to me is a real boost and he’s been an unbelievable addition to this squad. His goals this season and his personality has taken us a really long way.”

Having since converted his deal into a permanent one for £19.1 million [via BBC Sport], he has featured in every single minute possible and in every starting line-up under David Moyes’ plans this season.

As if the reliability of Soucek on the field were not enough, he adds a new element to West Ham off the pitch too.

Rice’s comments demonstrate how his presence and tenacity has gone a long way in boosting belief and morale at the London Stadium, with his robustness inspiring confidence.

With that in mind, he has been an integral component in the West Ham machine marching into the European spots.