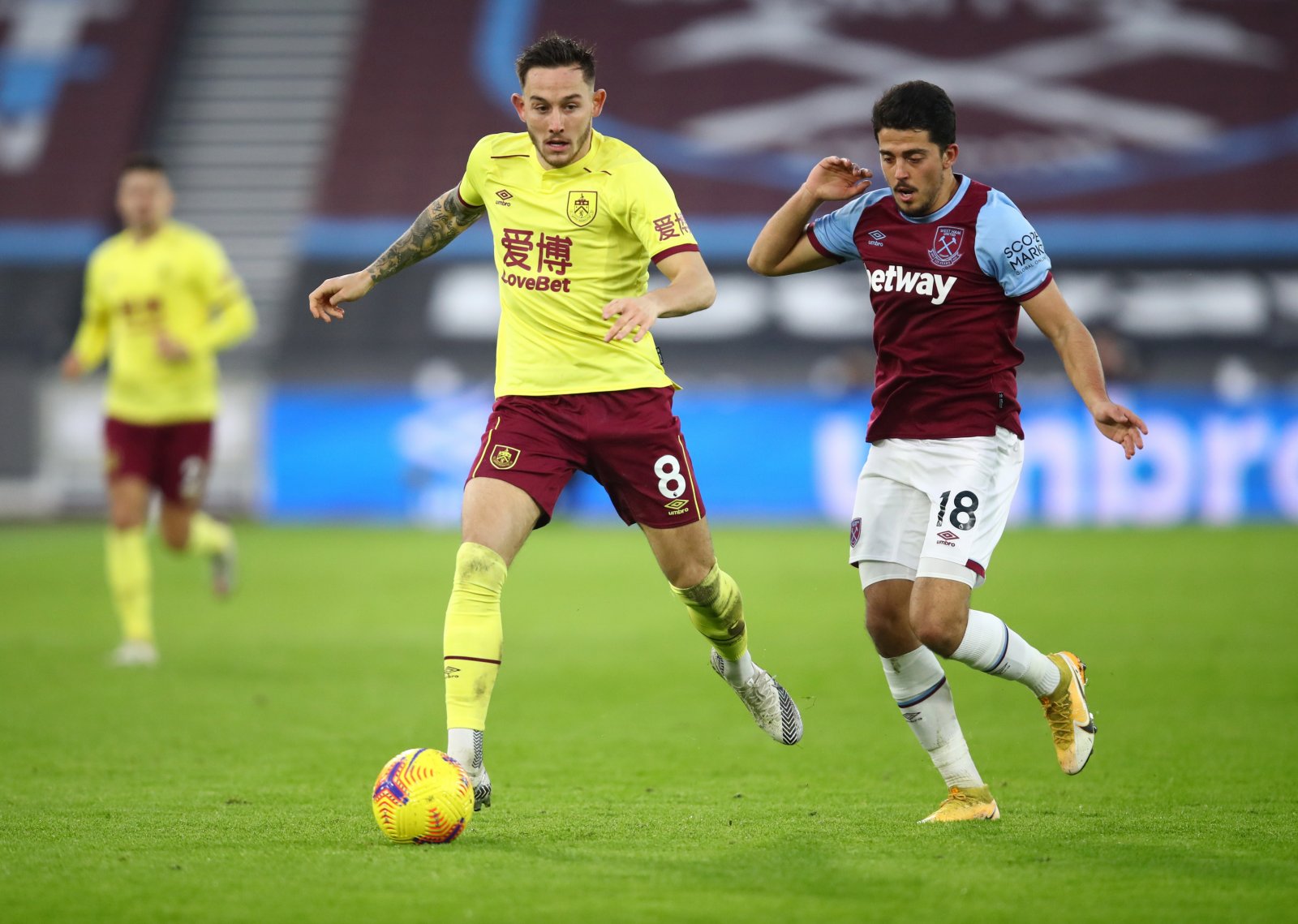 Josh Brownhill is not expected to leave Burnley this summer following interest from numerous clubs including West Ham according to a report from Lancs Live.

The midfielder is said to be ‘happy’ at Turf Moor and neither player nor club would be interested in the possibility of a move at the end of the season.

This robust stance follows a report over the weekend claiming a number of Premier League clubs were monitoring Brownhill ahead of a summer swoop.

The Hammers were thought to be among the interested parties, along with Aston Villa, Wolves, Southampton and Crystal Palace.

However, having only signed the 25-year-old last year from Bristol City for £9m, there is understandably no desire to sell from the Lancashire club.

Brownhill has made a strong start during his first full top-flight campaign, earning an average Sofascore rating of 6.91 across his 23 Premier League outings.

David Moyes would have likely relished the opportunity to work with Brownhill, as has Clarets boss Sean Dyche.

Instead, the Irons must look elsewhere to find much needed central midfield reinforcements ahead of next season.