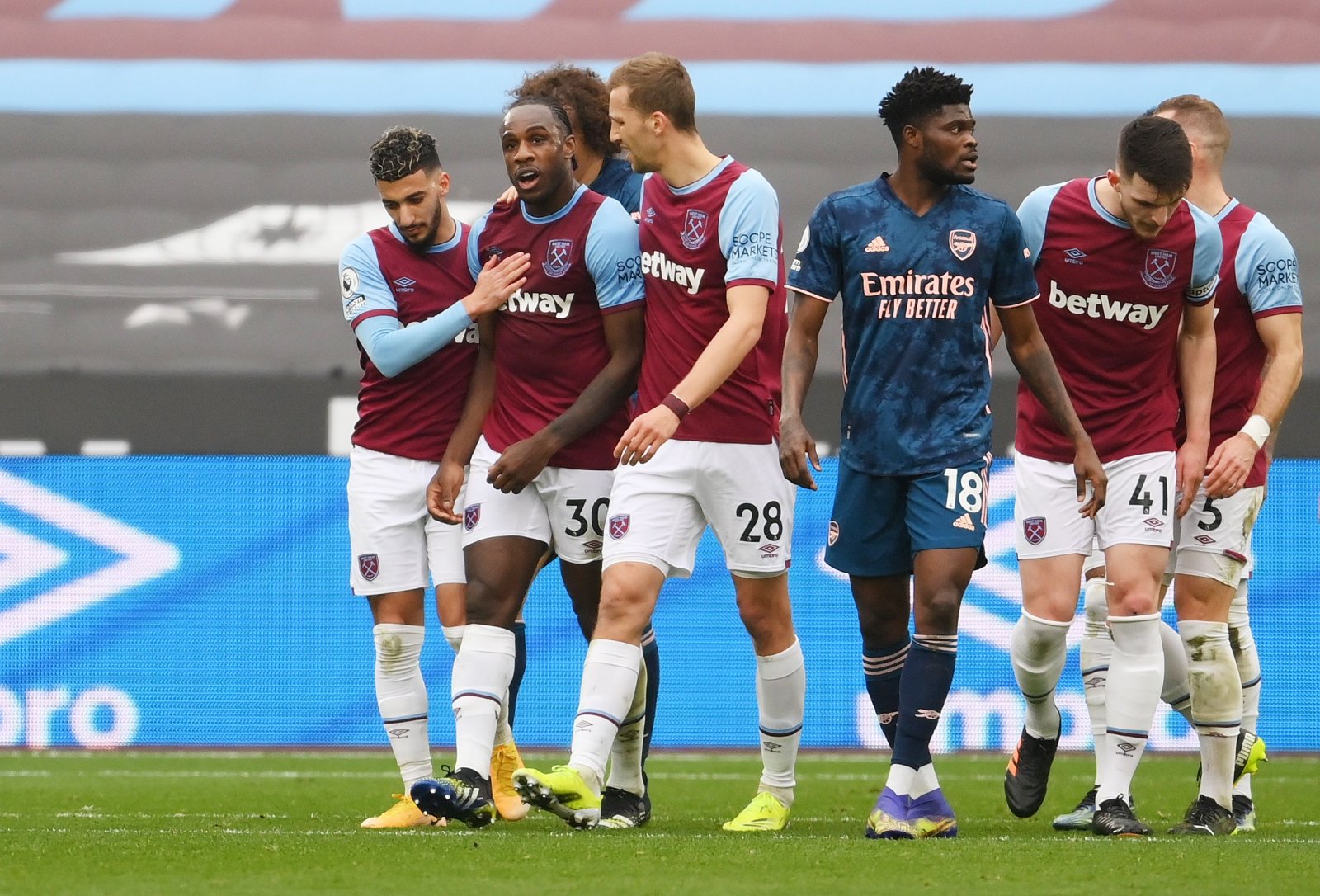 West Ham somehow relinquished a three-goal obtained inside the first 35 minutes to draw 3-3 with Arsenal at the London Stadium.

The Hammers were fluid and free-flowing in the early stages to race into a 3-0 lead with goals from Jesse Lingard, Jarrod Bowen and Tomas Soucek.

An unfortunate own goal from Tomas Soucek on the store of half time always threatened to turn the tide and so it proved.

The Irons had to withstand heavy pressure early in the second half and were undone by a quick free-kick before Craig Dawson inadvertently fired the ball past a helpless Lukasz Fabianski.

The turnaround was complete late on when Alexandre Lacazette arrived at the back post to head home a Nicolas Pepe cross.

David Moyes side stay in fifth with the point but it could have been so much more.

Here’s how we rated the Hammers on show…

Lukasz Fabianski – 6 – Survived an early scare when the ball fell kindly into his arms after a worrying drop. No chance with the Alexandre Lacazette strike and a decent save to deny Bukayo Saka late in the first half. No chance with either second-half goal.

Vladimir Coufal – 6 – Cut a frustrated figure for the most part. Booked.

Craig Dawson – 6 – Defended stoutly in the first half to deny Arsenal late on. Unfortunate with the own goal when there was little else to be done.

Aaron Cresswell – 7 – Crucial block to deny Martin Odegaard with the score at 3-2.

Declan Rice – 6 – Struggled to cope with Odegaard’s positioning all afternoon. Made some crucial interceptions late on. Took the bull by the horns with the scores level and almost went all the way to score.

Tomas Soucek – 6 – Almost broke the deadlock on two occasions early on. Right place at the right time to divert the third home for the Hammers. Needed more help in midfield.

Jarrod Bowen – 7 – Little bit of luck for his goal but sharp enough to react when others were uninterested. Defensive qualities came to the fore thereafter.

Said Benrahma – 6 – Started brightly but got lost as the game turned full circle. Driving run and dangerous cross almost saw Antonio tap in at the back post.

Jesse Lingard – 8 – Superb finish to open the scoring and quick thinking for the free-kick to set Bowen in. Had moments to kill the game for good on the counter and was always lively.

Michail Antonio – 7 – Towering header was unlucky not to go in on its own accord. Lead the line well but faded out of the clash as the Irons began to struggle. Hit the post from a yard out sliding in at the far post.

Mark Noble – 6 – Replaced Bowen to shore up the centre of the park but couldn’t help sufficiently.

Ryan Fredericks – 6 – Came on for the final 15 minutes as West Ham struggled and ultimately failed to cling on.