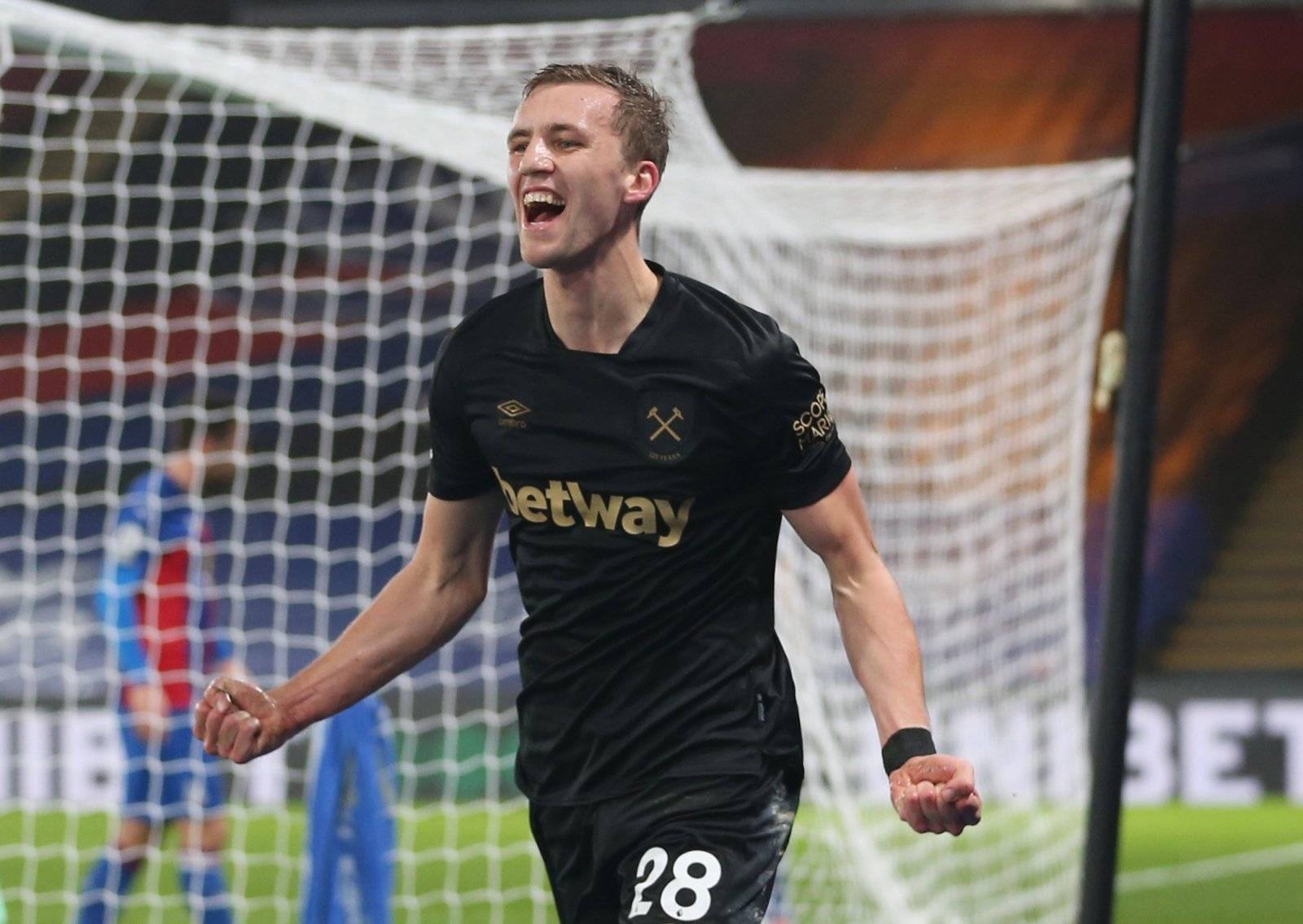 West Ham enforcer Tomas Soucek has been named as Czech Footballer of the Year for the second year in a row.

According to Radio Prague, the midfielder ‘was way out in front in the poll of sports journalists’ and ensured a decisive victory in the vote ahead of his compatriots.

In second spot was another West Ham man: summer signing Vladimir Coufal, who has been a regular at right-back under David Moyes since his £5 million move from Slavia Praha.

Indeed, both men are ex-Slavia men and the Czech exports have graced the Premier League with dogged, robust displays of high quality.

In third place was Vladimír Darida of Hertha Berlin.

Soucek is noted as the most expensive Czech player in the history of the game and is described by the Prague-based outfit as having ‘enjoyed great success since joining West Ham in January 2020, becoming a major star in England’s Premier League’.

One man that has been a key beneficiary of Soucek’s indomitable presence is Declan Rice, who previously hailed his midfield colleague as an integral factor of the ‘best team’ he has ever featured in.

“This is the best team I have been a part of in the four years I have been in the team,” Rice told talkSPORT in February.

“”I think you can see that on the pitch we are fighting for each other giving 100% and however the result is going to go we know we are coming off that pitch and we have given everything.

“The likes of Tomas [Soucek] and Vladimir [Coufal] have been outstanding and they are great lads as well.”

The honour is nothing short of prestigious for a midfielder going above and beyond the call of West Ham duties.

To receive such standout praise from Rice, who has been with the club since his academy days, is demonstrative of a club firing on all cylinders.

Attributing success partially to the attitude of the Czech duo is exemplary of the boost they have provided on and off the pitch.

In that sense, Soucek’s retention of the award feels almost like a formality.