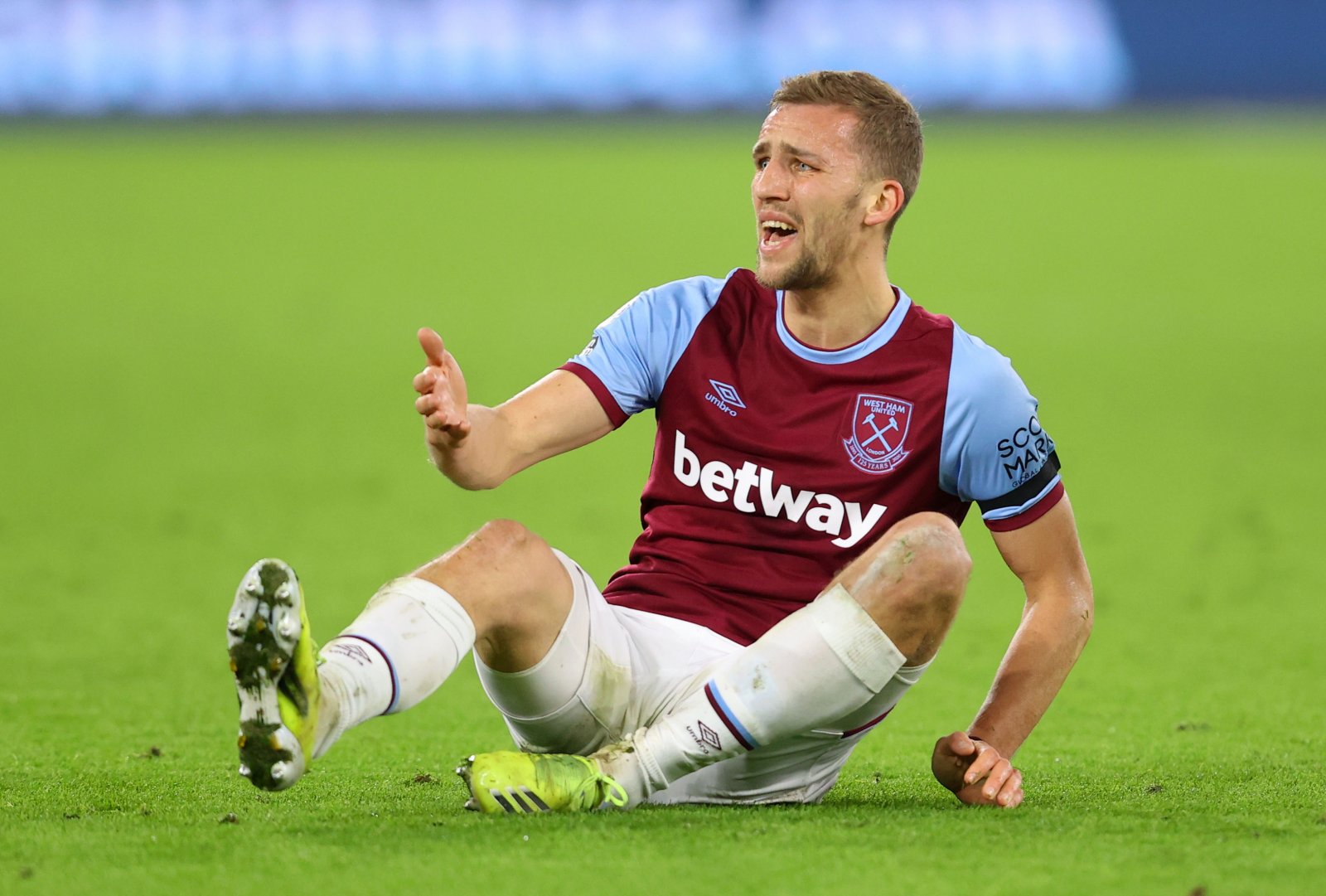 West Ham are preparing to offer midfielder Thomas Soucek a new and improved contract in order to fend off potential summer interest, according to Football Insider.

The performances of the 26-year-old this season haven’t gone unnoticed and the Hammers are keen to reward Soucek with a new deal and a pay increase as some of Europe’s biggest clubs are touted with an interest.

Soucek signed for the Irons on a permanent basis last summer having initially joined on loan last January.

Since then the Czech Republic star has gone from strength to strength under David Moyes and has played a huge part in the European charge this season.

The report states that despite Soucek’s prominent role in the side, the former Slavia Prague ace is not among the highest earners on his current deal in east London, worth around £40,000-£50,000-a-week which expires in 2024.

Having already confirmed Mark Noble’s extension, one of the biggest no brainers at the club is securing the long-term future of the robust midfield bulwark.

After a season filled with positives, West Ham must avoid a summer filled with speculation and unrest.

Eaning an average Sofascore rating of 7.18 across the Premier League campaign, Soucek has been a phenomenal signing for the Hammers and one they must retain for next season at least.

It hasn’t just been defensive contributions and consistency where the 6’3 ace has shone – netting eight league goals including some important winners along the way.