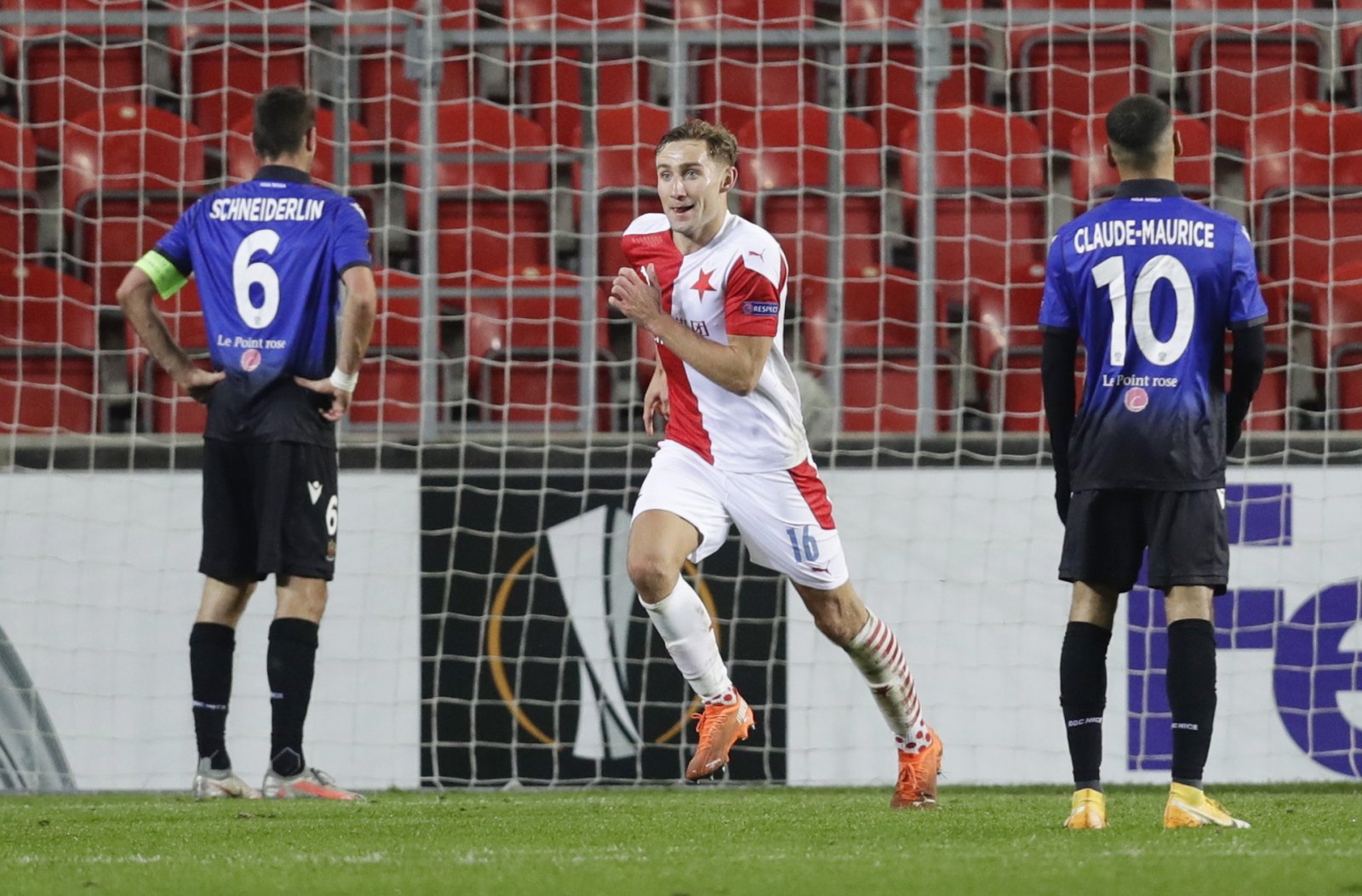 West Ham have been named among a host of Premier League clubs interested in Slavia Prague striker Jan Kuchta, in a report from Football Insider.

The Hammers are joined by Newcastle United, Southampton and Brighton & Hove Albion in a list of clubs ‘keeping tabs’ on Kutcha, who played 71 minutes on Thursday evening as the Czech Republic top-flight side drew 1-1 with newly-crowned Scottish champions Rangers in the Europa League.

That appearance was the 24-year-old’s 25th outing of the season, yielding 13 goals and seven assists thus far.

Whilst much of the attention has been directed towards Kuchta’s strike partner and reported Irons target, Abdallah Sima, there is growing interest in the former Czech Under 21 international.

Valued at just £900,000 by Tranfermarkt, David Moyes could be about to unearth yet another talented Slavia Prague ace.

No surprise West Ham are scouting the former employers of Tomas Soucek and Vladimir Coufal hoping to cherry-pick more talent.

The Irons seem to have tapped into a market that rivals are keen to follow, although it’s the east Londoners who would surely maintain the upper hand.

Holding a pre-existing relationship with the central European club, as well as the obvious links between former teammates, should West Ham wish to further any interest you’d have to assume they’d be in pole position.

Whilst little is known about the standard of the league as a whole, Kutcha’s goal record stands up and having seen the impact of Soucek and Coufal, it would be foolish to doubt whether a promising career in the Czech Republic can translate to the Premier League.

At such a lowly valuation, albeit any transfer fee would likely be higher, this represents a very presentable deal for the Hammers who are in desperate need of striking reinforcements.