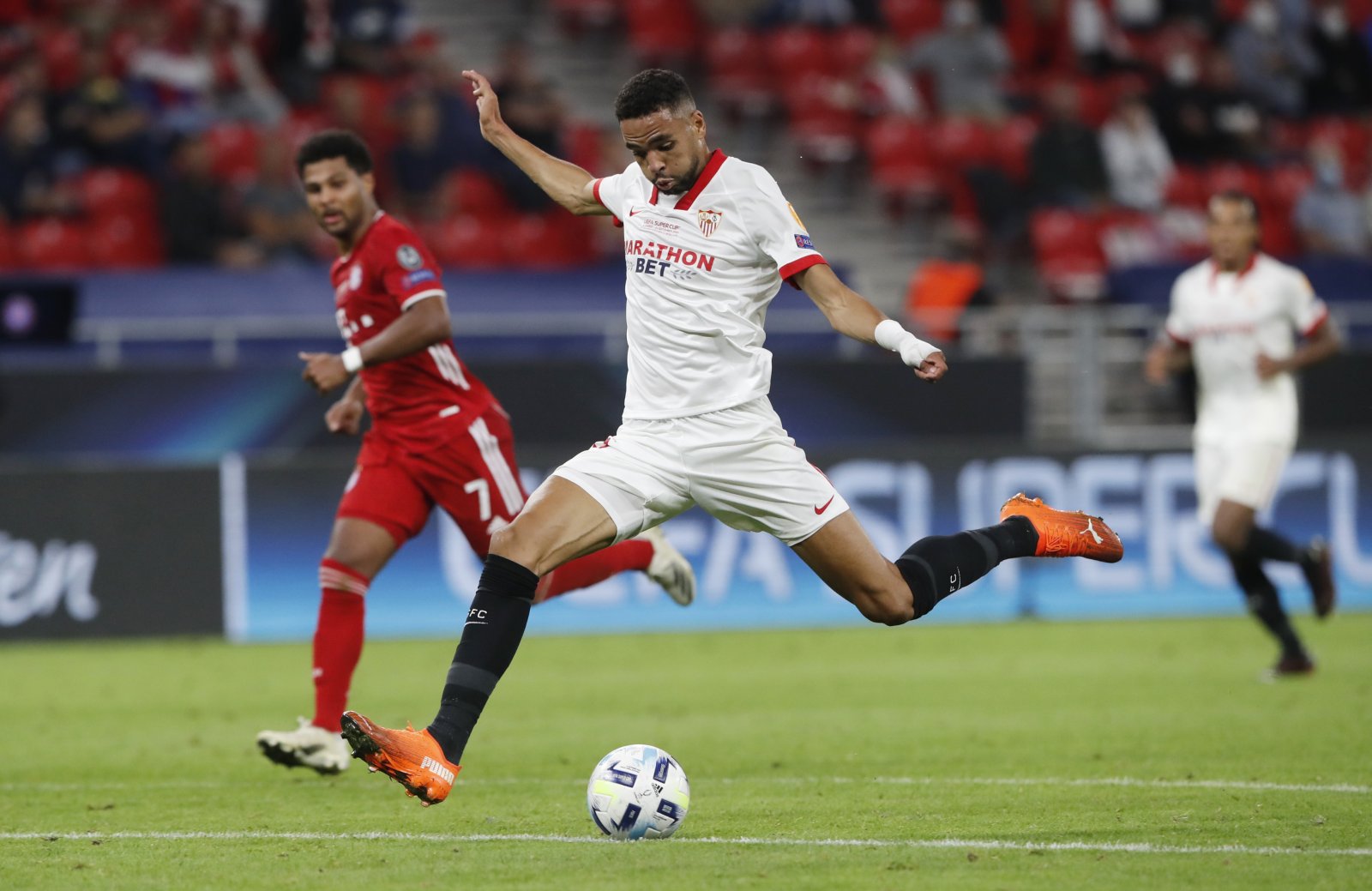 West Ham are expected to reignite their pursuit of Sevilla striker Youssef En-Nesyri in the summer according to a report from Italian outlet Calcio Mercato.

The Moroccan frontman was heavily linked with a move to the London Stadium in January but reported advances were rebuffed by the La Liga side.

The Athletic reported that the Hammers made a £27m bid for the 23-year-old, although ultimately David Moyes was left without a striker signing.

This fresh report claims Moyes will go back in for En-Nesyri at the end of the season, however, there could be further competition with Liverpool, Manchester United and Borussia Dortmund all linked recently.

With 35-caps for Morocco, En-Nesyri is a highly regarded performer who has scored 21 times in 41 matches across all competitions this season.

West Ham could be made to pay around £40m for the Sevilla ace this summer (The Guardian).

Few of the strikers linked with a move to east London would make a bigger statement than En-Nesyri.

Whilst the other targets have their merits, none have the pedigree that the Moroccan has shown, with six goals in this year’s Champions League proof of his class.

An expensive layout perhaps, but if the Hammers want to prove that they are here to stay in the upper echelons of the Premier League, this is exactly the kind of transfer that needs to happen.