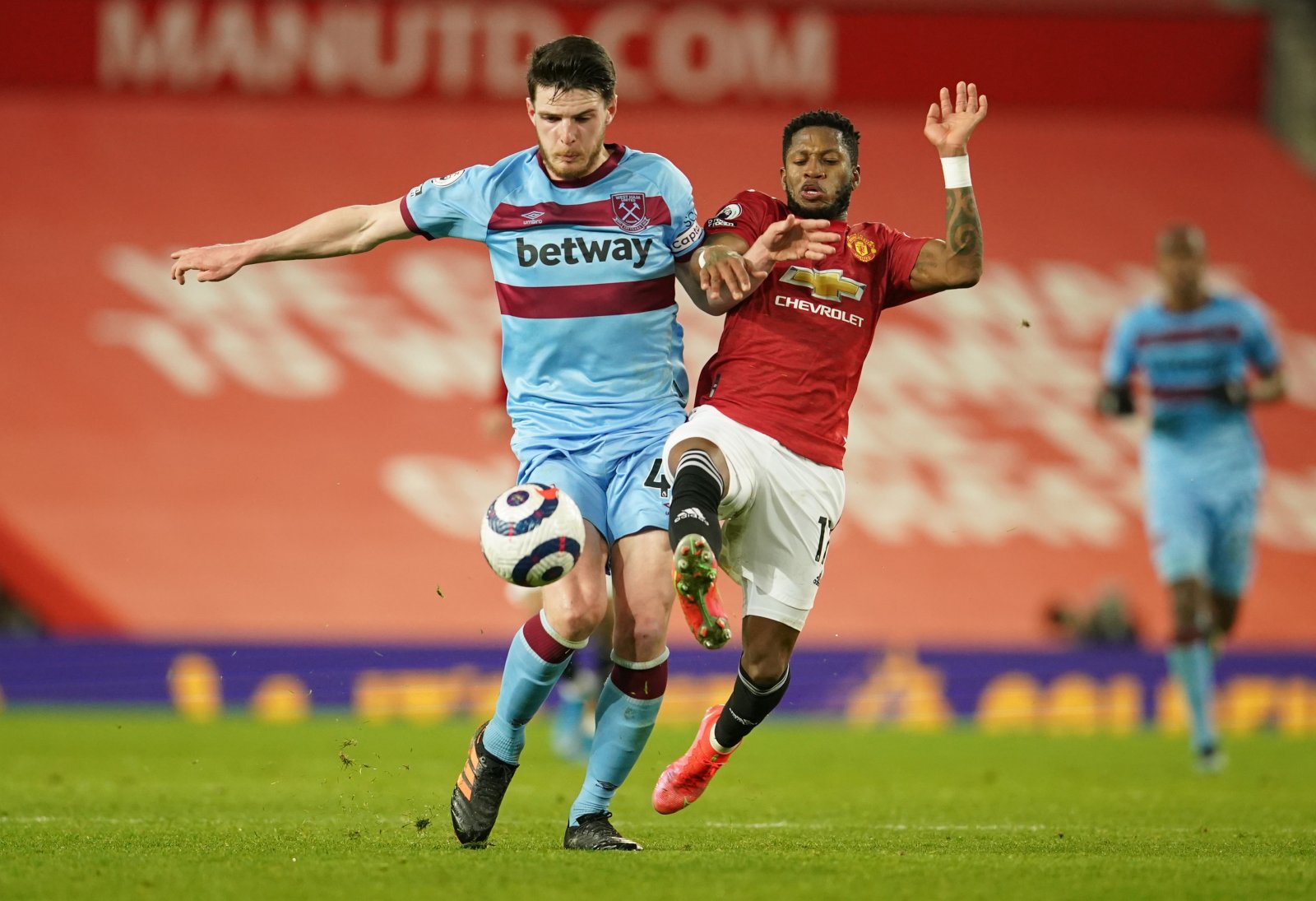 Manchester United officials have reportedly agreed to pursue West Ham midfielder Declan Rice this summer according to the Express.

It is claimed that manager Ole Gunnar Solskjaer has agreed with newly-appointed director duo John Murtough and Darren Fletcher, that Rice would present a perfect solution should the club lose Nemanja Matic at the end of the season.

Rice has been linked with a move away from the London Stadium for some time, with the Old Trafford club recently replacing Chelsea ss the most talked-about destination.

However, there has been no desire to sell the 22-year-old from the Hammers hierarchy, with the England man more often than not captaining David Moyes’ side this season.

The report goes on to discuss potential fees and offers, with £80m plus mooted as well as an offer of up to three players as part exchange – including current Irons loanee Jesse Lingard.

Rice has been ever-present in the Premier League this season and could be set to play a huge part in West Ham’s highest ever top-flight finish since the league’s inception.

Rice rumours aren’t likely to subside anytime soon, with the star going from strength to strength all the time.

If anything the speculation will simply increase as his stock rises, the Hammers just have to ensure they can match the London-born ace’s ambitions – one of which would be European football.

Whilst a bonus £80m or three high-quality players wouldn’t go amiss, selling Rice at this stage post would have a negative reflection as to where the Irons are.