Pundit: Tomas Soucek and Declan Rice ‘perfect for each other’ 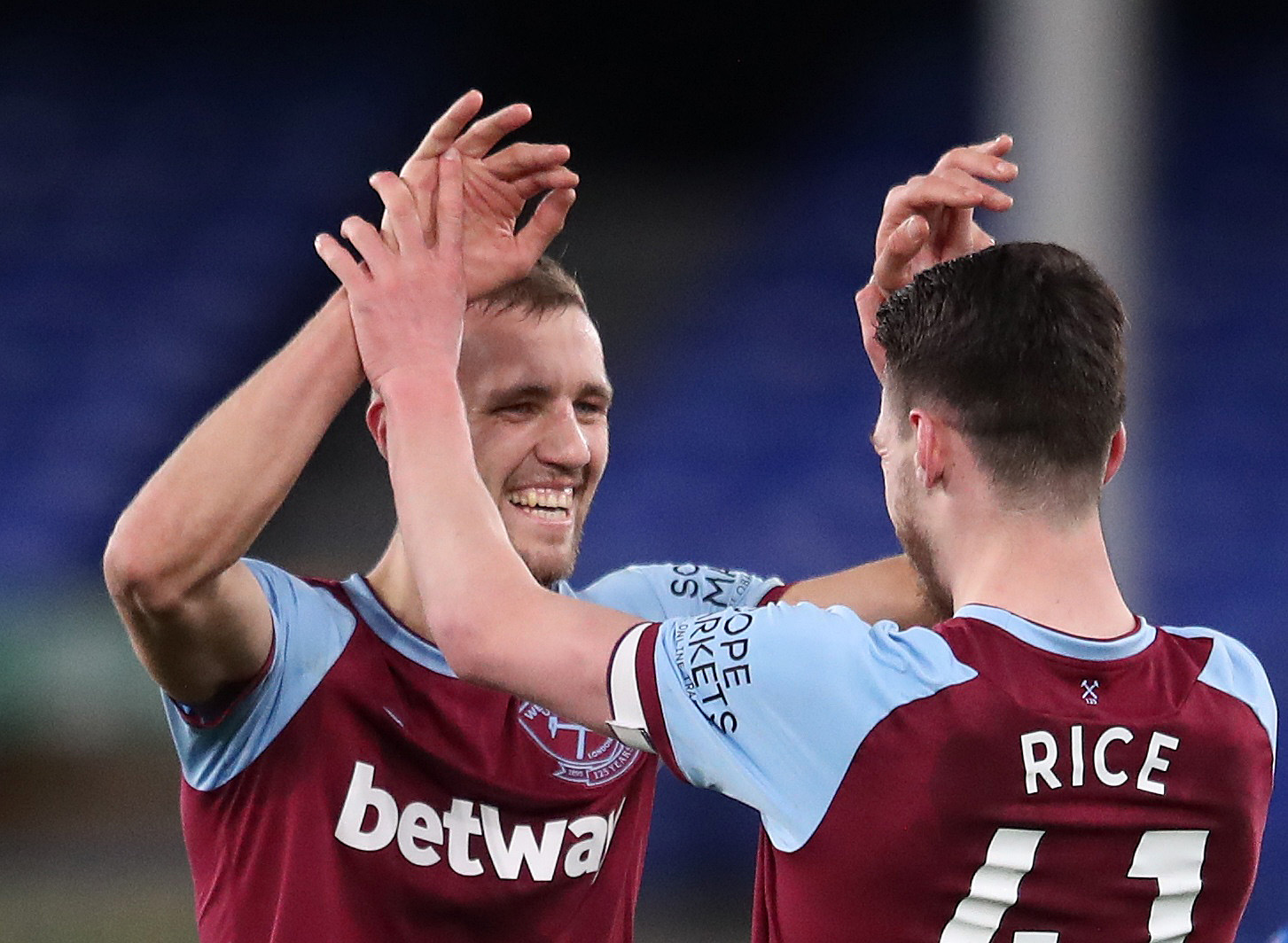 In the wake of Tomas Soucek‘s hat-trick for the Czech Republic on Wednesday night, Jamie O’Hara and Ally McCoist have been discussing the West Ham star.

Soucek continued his fine Premier League form for his national side in their sensational 6-2 thumping of Estonia and the punditry duo were full of praise this morning.

Appearing on TalkSPORT’s breakfast show (March 25, 8.50 am) alongside presenter Laura Woods, former top-flight midfielder O’Hara and Scottish international McCoist had this to say.

“He (Soucek) has been awesome, he has transformed West Ham. What a player he’s been, great signing went under the radar. His performances have been absolutely exceptional,” exuded O’Hara.

The former Tottenham man went on to suggest the Hammers were ‘lucky’ to have Soucek, explaining how he would ‘walk into Manchester United’s team.’

McCoist meanwhile hailed the partnership the former Slavia Prague ace has struck up with Declan Rice.

“The two of them are perfect for each other, West Ham are having a fantastic season, brilliant season, within that team, the partnership they have formed is remarkable, its absolutely brilliant.”

The midfield duo have been near exemplary this season in David Moyes’ side, barring Soucek missing the final minute following his dismissal against Fulham, the pair have been ever-present in the Premier League.

West Ham have certainly struck on a match made in heaven this season, with the combative dup not only complementing each other sublimely but also their longevity coming to the fore in a difficult campaign.

Whilst many may shun the rather crass ‘lucky’ to have him standpoint, there will undoubtedly be suitors this summer for both men, and the hierarchies resolve will likely be tested once more.

European football will go a long way to keeping both stars.