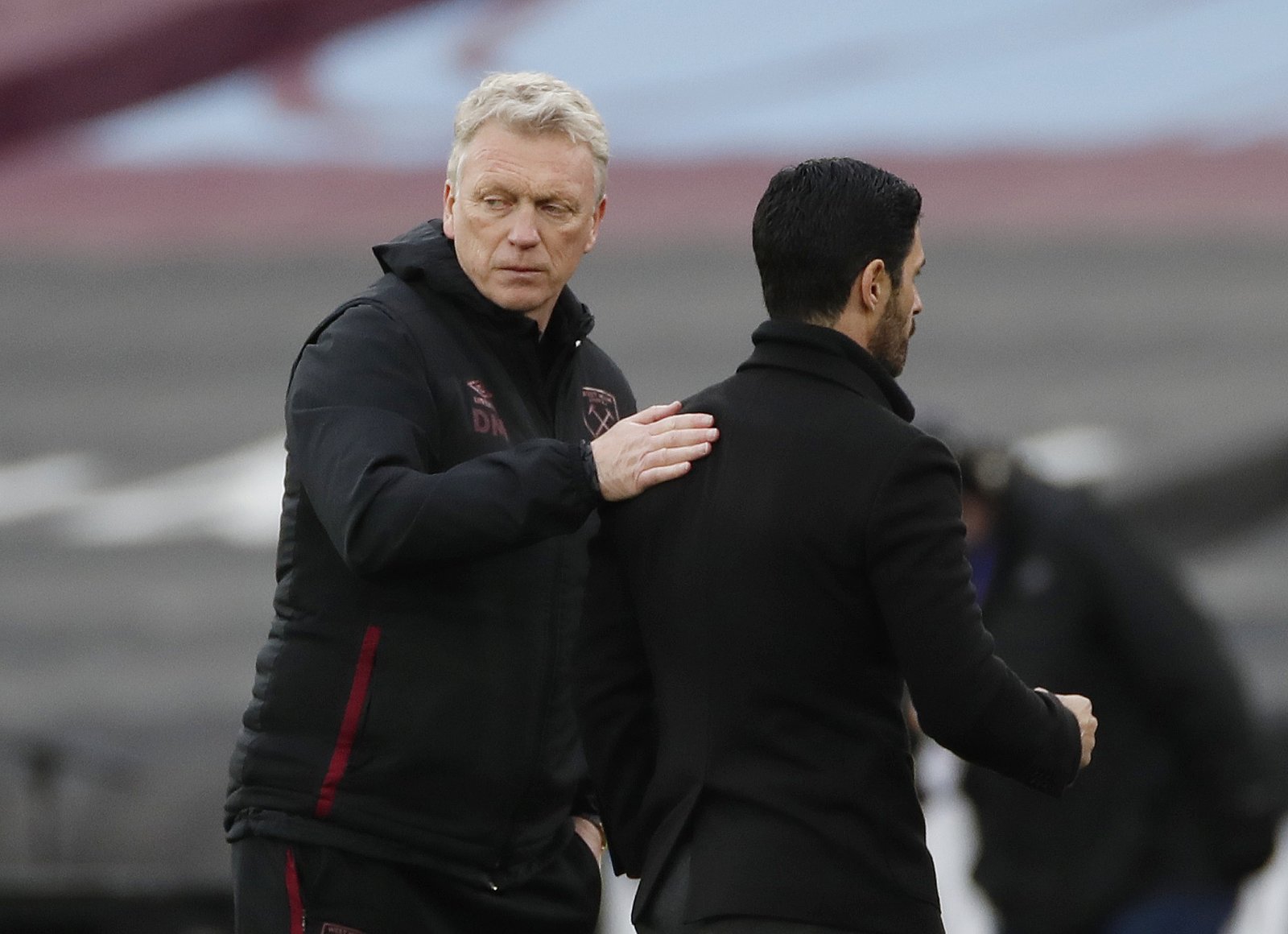 Former Premier League striker Noel Whelan believes David Moyes will have been left ‘absolutely fuming’ by the events on Sunday at the London Stadium.

The Scotsman watched on as his side threw away a 3-0 lead against Arsenal and Whelan told Football Insider that the inability to see the game out will wrangle with the manager.

“He will be absolutely fuming with that. They were 3-0 up, scored two own goals. When you go 3-0 up against Arsenal, you’re thinking this is your day. It was some goal from Jesse Lingard.

“It was a good performance, one that could have given them that edge in pushing and keeping up with the rest of the teams going for those European spots.

“If you’re going to be trying to get into Europe, you’ve got to be finishing these games off. That’s what will have upset David Moyes the most.

“A London derby to give you a really good position in the league, strong three points, you’ve got to finish those games off. He’ll be looking back thinking they are really bad goals to give away. Defensively, they were poor.”

The point left the Hammers in fifth place, two points outside the top four and looking to get back on track when they face Wolves after the two-week international break.

Everybody associated with West Ham will have been left fuming on Sunday.

Having been imperious and seemingly in control after 40 minutes, to capitulate the way they did was difficult to take.

Fortunately, it wasn’t too damaging to the Champions League hopes and Moyes will be desperate not to see a repeat on the run-in.