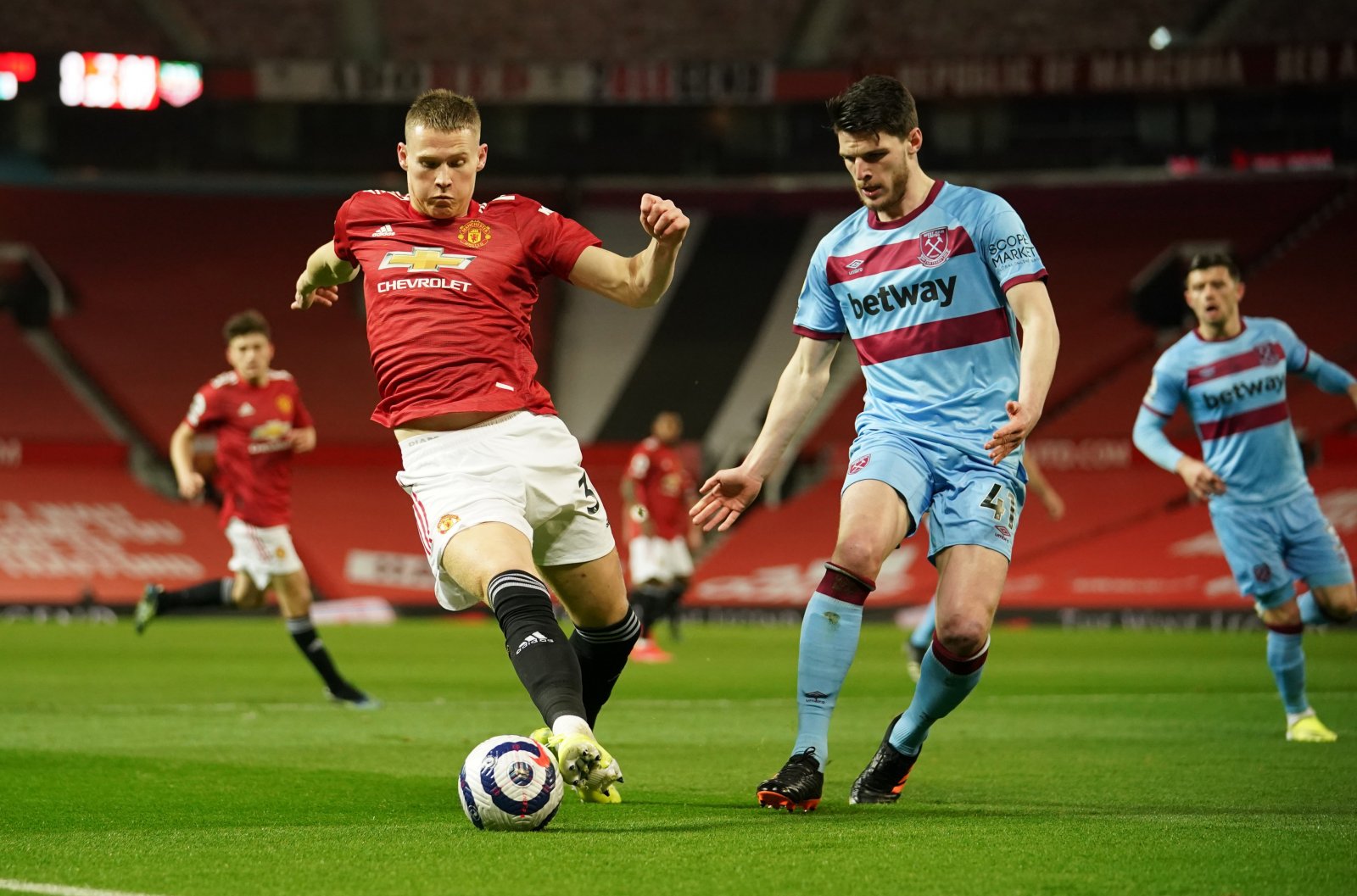 The 22-year-old midfielder has enjoyed another exceptional campaign for the Hammers and has been linked with a move away from the London Stadium previously.

Hargreaves, who was capped on 42 occasions by England can understand the hype around Rice and explained why he would love to see him in a Manchester United shirt.

“I think Rice’s upside is off the charts. He has the potential to be anything and a lot better. I think he plays within himself at West Ham. People don’t realise how big he is… he’s 6ft 3in. So he looks like a centre back, but he’s actually really good technically,” he said.

“I’m not a big fan of players who just play in there and pass it around. You have to stop players too. Declan Rice doesn’t have to dictate the game for Man Utd. He can pass to the players who can make the difference and be good defensively.”

Rice has played every Premier League minute this season for the Irons, further proving his importance to the side.

Compared to Old Trafford defensive midfield duo Nemanja Matic and Scott McTominay, Rice has made double the amount of interceptions (Squawka), a crucial facet of the role.

There’s no doubt Rice is destined for stardom, West Ham just need to ensure they can meet his ambitions.

This season has seen the club make giant strides towards doing exactly that by challenging in the upper echelons of the Premier League.

With the England ace at the forefront, David Moyes will hope to build on the successes of the campaign and strengthen further to ensure it wasn’t just a one-off.