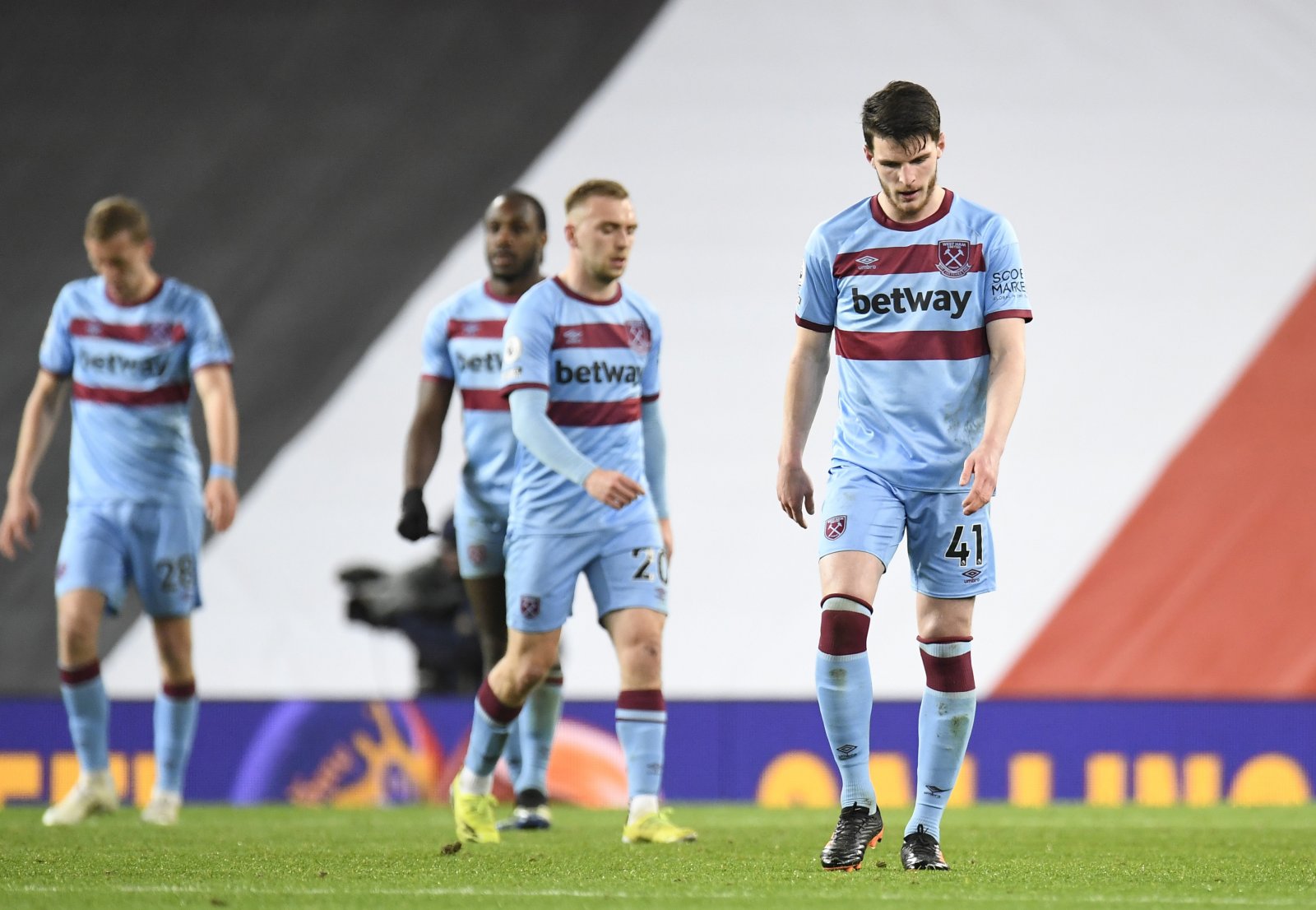 Some West Ham fans have been lamenting the defensive tactics on display as the Hammers suffered defeat at the hands of Manchester United on Sunday night.

David Moyes made changes to his personnel and approach as the Scotsman looked to pick up three points on his old stomping ground and steer the Irons yet closer to European football for next season.

However, up until the goal, an unfortunate header into his own net from Craig Dawson, the Hammers were rarely in the contest in an attacking sense.

The double introduction of Said Benrahma and Manuel Lanzini brought the visitors to life but it was too little too late as Manchester United held on for a precious three points.

All on Moyes tonight, could cost us a European spot come the end of the season.

Bottled it again! Against a poor united who for some reason people think are good!

Gave them far too much respect. Why not start Lanzini and Benrahma and give the a game instead of waiting until we go 1 down? Very frustrating with that tonight. Let’s hope for a reaction ⚒