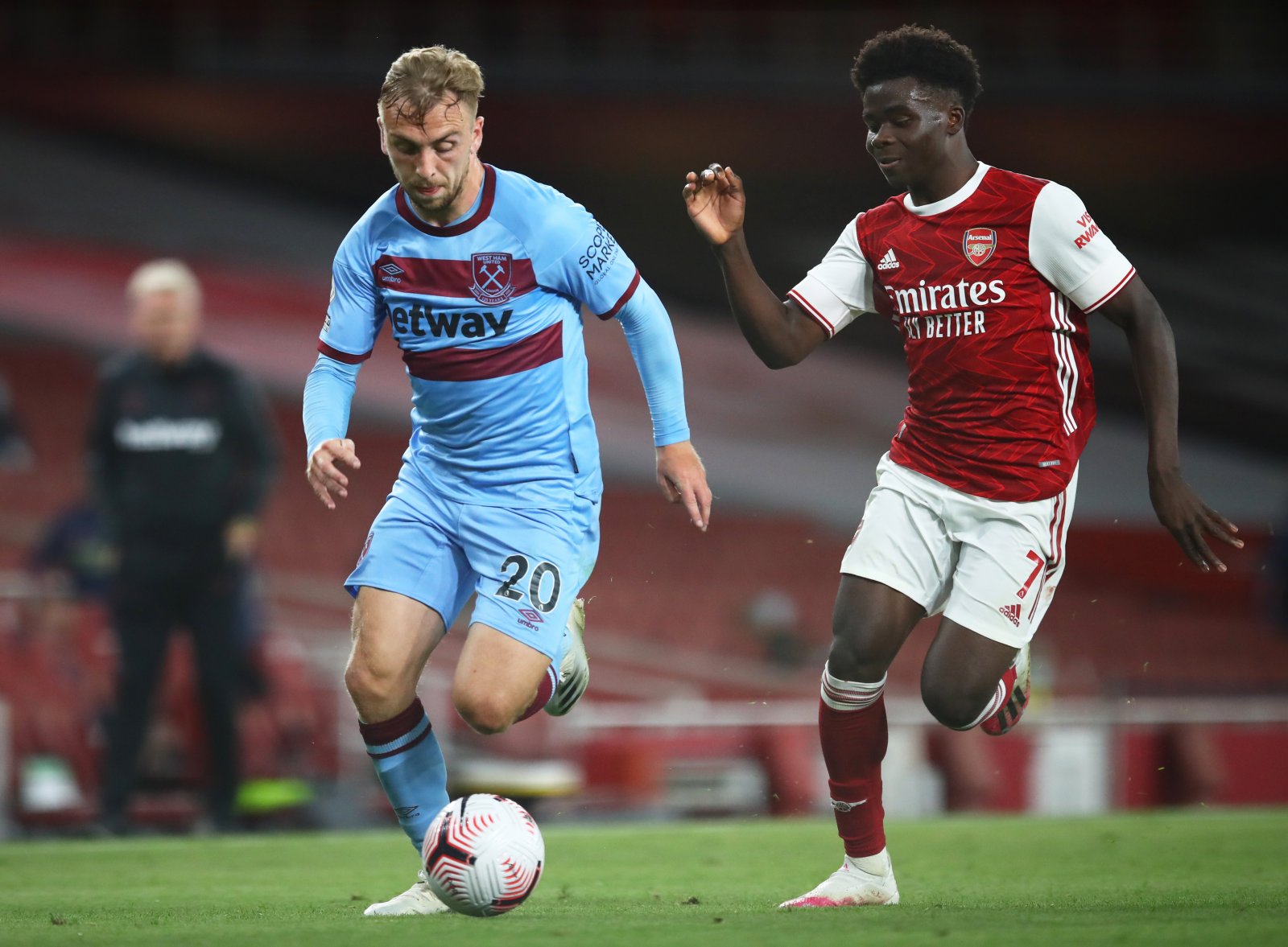 West Ham might’ve been handed a potential boost ahead of the visit of Arsenal in the Premier League on Sunday, as Mikel Arteta admitted Bakayo Saka remains a doubt.

Saka was not part of the matchday squad for Gunners’ defeat in the Europa League on Thursday night, albeit the north Londoners qualified on account of the first leg scoreline.

After the match, Arteta couldn’t confirm whether or not the 19-year-old would be ready for the clash at the London Stadium on Sunday afternoon (via Caught Offside).

“We don’t know, it depends on how he feels in the next few days. We spoke yesterday and he wasn’t ready to be involved today.”

“We made that decision and we will make that decision for Sunday against West Ham, then we will talk with the doctors at the national team to decide what we do.”

Saka’s absence would be a huge blow to Arsenal having contributed directly to 13 goals this season in 34 appearances in all competitions.

David Moyes will be hoping to get back to winning ways having tasted defeat last time out against Manchester United at Old Trafford.

As the Irons attempt to put together one final push to get themselves over the line for European qualification, any positives will do in the build-up to a fixture.

Saka is an immensely talented footballer who has become a key part of Arteta’s side, whilst any injury is unfortunate, there’s no doubting it would be a plus for the Hammers chances.