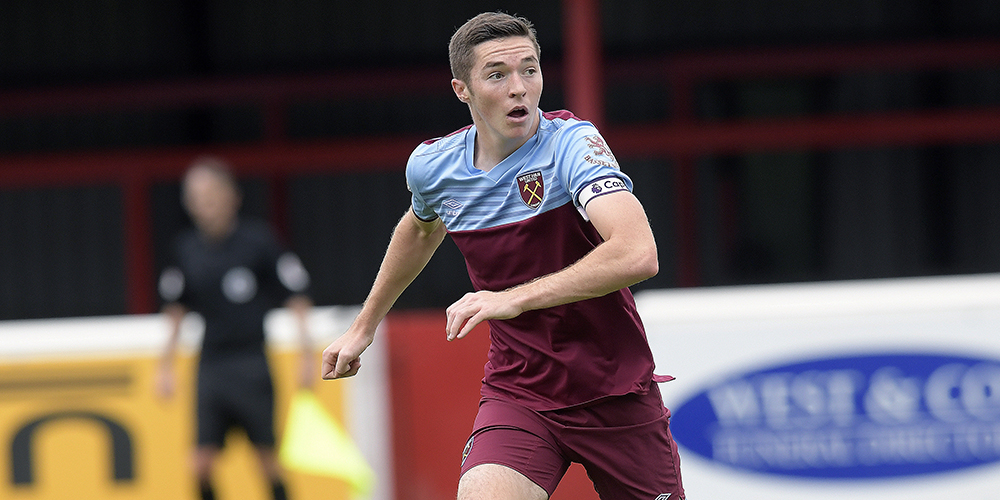 West Ham insider source ExWHUEmployee has named one of the club’s most promising youngsters.

Speaking on the latest episode of The West Ham Way podcast (25th March, 08:01), the source revealed that one of the club’s rising academy starlets may be allowed to leave on loan in the summer.

That is with a view to enabling the player to secure regular senior football at a level higher than he has previously experienced.

The source made several claims on 21-year-old Conor Coventry, who mostly features for the Hammers’ academy in the Premier League 2.

“Well, I think you’re right, I think Conor Coventry is the one that’s closest to actually breaking into the first team”, said the insider.

“The problem that they’ve got is that the U23s League is not really, certainly for someone like Conor Coventry, he’s like too good for the U23s league, but he’s not quite in the first team.

“So it gives him a dilemma. Does he stick around at West Ham playing in that trying to push and break into the first team but ultimately not getting much football? Or does he go to a Championship side, say, and get a loan move? I mean, last year, Celtic inquired about Conor Coventry.

“So he’s had options like that. But he’s always been desperate to get in the West Ham starting team, so he turned that down and then obviously went to Lincoln for a bit because he was told he wasn’t getting much football, but I know that [Kevin] Nolan and I know that Stuart Pearce really rate him.

“[David] Moyes, I don’t think has really given too much away because he’s more reserved so that the players kind of don’t know exactly what he’s thinking.”

Coventry has made 12 appearances for the U23 West Ham side this season, with 4 goals to his name [via Transfermarkt].

A move to a club such as the mentioned Celtic could be a refreshing upgrade of quality for Coventry.

At his age, youth football will likely only yield so many benefits, and so regular game time in the auspices of a senior dressing room will enable him to hone his craft at a more testing level.