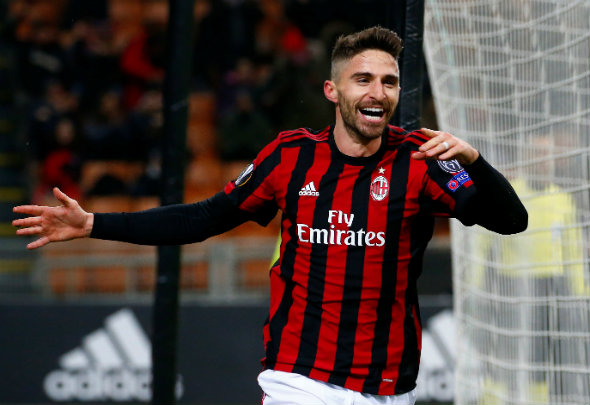 Players with 111 Premier League appearances are rarely available for nothing, but having left Verona this summer at the end of his contract, Fabio Borini could be signed without paying a transfer fee. Aston Villa and Watford are said to be interested in the Italian, along with West Ham United. However, despite his experience in the top-flight, the Hammers should not be tempted to sign the journeyman striker.

Borini has played for three Premier League clubs already in his career, Chelsea, Liverpool and Sunderland, along with representing Swansea in their Championship promotion campaign. However, during his time in the English top-flight, the 29-year-old has mustered a measly 16 goals in 111 Premier League appearances. The Italian forward’s woeful 0.14 goals per game sum up his time in the division where he appeared blunt in attack.

Furthermore, Brorini has just five assists to his name in the Premier League, epitomising the Italian’s woeful lack of end product throughout his time in England. The 29-year-old’s two most productive campaigns came in 2013/14 and 2015/16, both at the Stadium of Light, when he fired in seven and five goals respectively.

However, Borini has never scored and assisted ten goals combined in any season of his professional career, across Italy and England. Last season was a particularly disastrous one on a personal level for the player as he departed AC Milan for Verona in January, having played just 70 minutes of league football. He went on to score only three goals in 14 appearances before becoming a free agent.

Although Borini may appear tempting as an Italian international – having represented the Azzurri back in 2012 in a 1-0 defeat to the United States Men’s National Team – who could be signed for nothing, West Ham must steer clear of the striker. Across two spells in the Premier League and at three separate clubs Borini has failed to score more than seven goals in a season in the division.

Landing the Italian journeyman centre forward could go in a similar way to the Hammers’ move for Carlos Sanchez. The Columbian was signed on a free and made just three Premier League starts for the Irons before departing when his contract expired this summer.