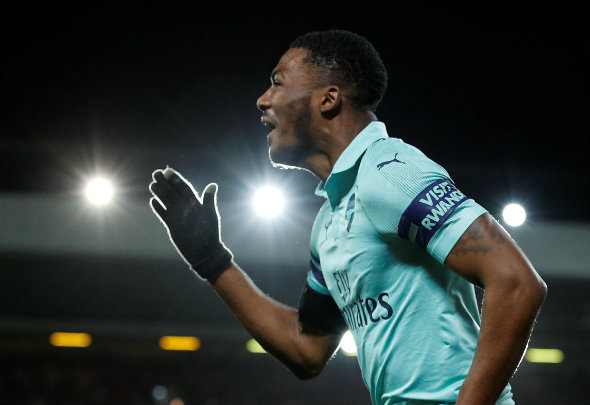 With Jeremy Ngakia and Pablo Zabaleta departed, West Ham are in the hunt for added options on the right side of the defence. Furthermore, some reports have suggested that David Moyes may look to move on Ryan Fredericks in this window, meaning the sole option at right back would be Ben Johnson. Arsenal’s Ainsley Maitland-Niles is the subject of interest from the Hammers, and the versatile 22-year-old Gunner could be the perfect fit at the London Stadium.

For the majority of this season, the former winger has occupied the right side of the defence, making 15 starts there for Arsenal, across all competitions. He has also featured twice in more advanced roles along the right channel, as well as being introduced off of the bench on seven occasions.

Despite converting to right back as a former winger, Maitland-Niles recorded 2.1 tackles per match in the Premier League, the most of any Arsenal player. Additionally, his 1.4 interceptions per game also trumped all of his Gunners teammates, giving him one of the best defensive records of any player at the club last term.

When overlapping with charging runs down the right channel the 22-year-old also recorded two assists, and only Bukayo Saka recorded more assists, four, of any player who lined up in defence for Arsenal. His two assists and goal in the League Cup show how even when played in the backline, Maitland-Niles can exert an influence in forward areas.

Nevertheless, it has been suggested that Mikel Arteta wants to sacrifice the 22-year-old to generate funds to overhaul his squad and West Ham should consider taking the Spaniard up on the offer. Arsenal are reportedly looking for £30m but may have to accept closer to £20m, according to reports.

Given that the Englishman is just 22 and still has plenty of time on his side to further develop both the attacking and defensive sides of his game, West Ham should move for Maitland-Niles. If the Hammers’ hierarchy can convince Arsenal to accept an offer at the lower end of their valuation for the defender, he may represent good value. However, Moyes may need to make some sales to generate the funds to bring in the right back.