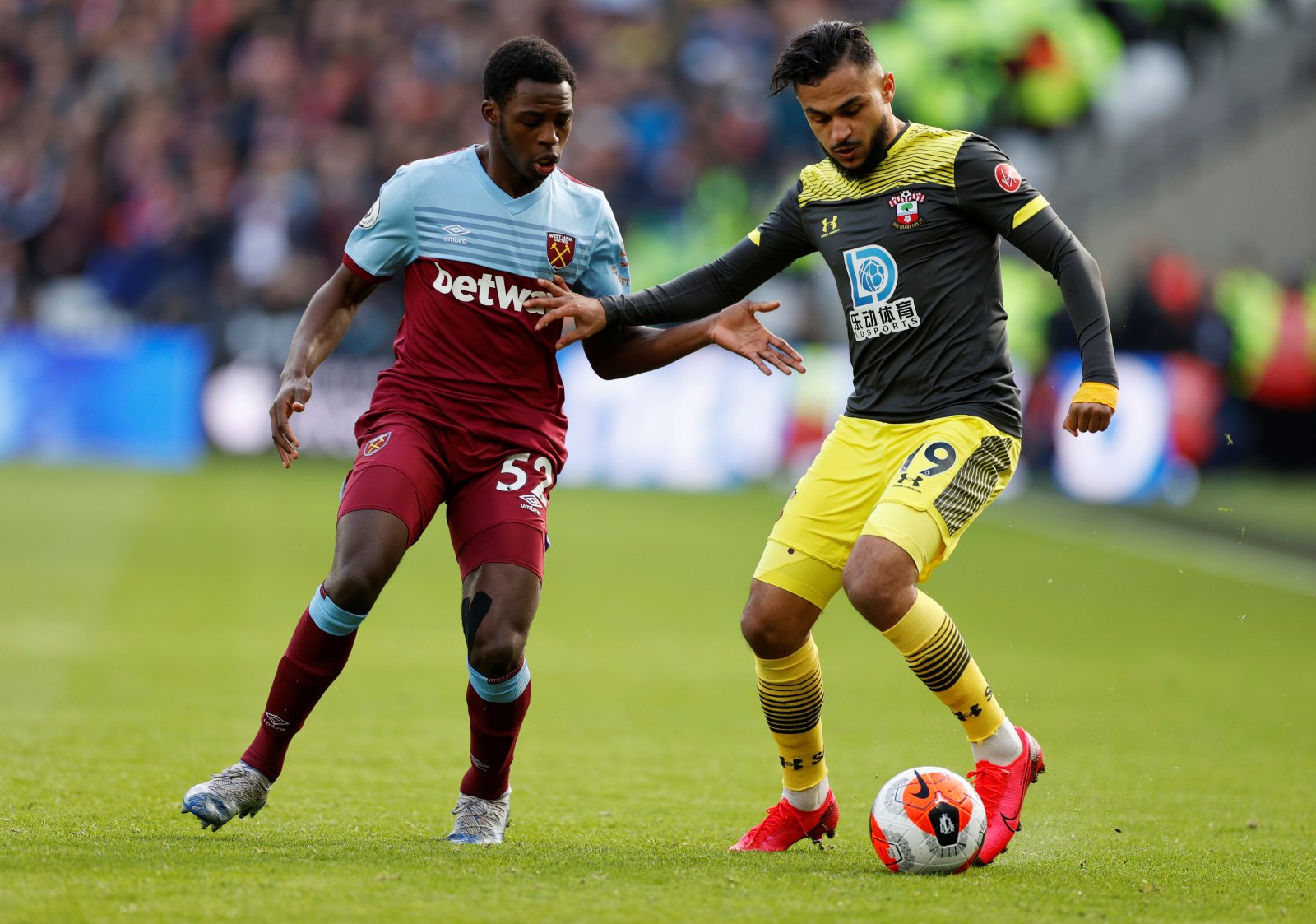 When Jeremy Ngakia stepped onto the pitch to face Wolverhampton Wanderers in West Ham’s 2-0 defeat, it was his fifth and final Premier League appearance for the club. The academy graduate had filled in incredibly well to replace the injured Ryan Fredericks against champions Liverpool to make his Premier League debut. However, Hammers fans only ever got to see the 19-year-old in claret and blue for 441 minutes before he left the club when his contract expired on June 30.

The club said that a “significant” offer had been tabled, but the teenager did not sign, and it has been suggested that Watford is the free agent’s most likely destination. When Ngakia departed the Hammers, they were embroiled in a relegation scrap with the Hornets, who West Ham ultimately got the better of.

Danny Mills has spoken with disdain for Ngakia’s exit and the possibility he could be lining up in the Championship for Watford next term.

Speaking to Football Insider, Mills said: “Young players often can be lured in by bigger wages. They’re told how good they are, how great they’re going to be.

The former Manchester City and Leeds United defender said: “They’re told they’re going to be the next big thing and suddenly it doesn’t work out. OK, they might be earning double the money they were before, but they don’t play. If you don’t play for a couple of years you go backwards, so you’ve got to be very very careful.”

Watching a Hammers academy graduate depart after his breakthrough season is tough to watch, especially after Ngakia showed promise with both his displays against Liverpool. Across five Premier League matches the right back notched an outstanding three tackles per match, only Declan Rice recorded more tackles, 3.1, of any player in the West Ham squad.

Ngakia’s short professional career at the London Stadium has come to an abrupt and bitter end. Announcing an early departure, instead of signing a short term contract extension, while the Irons were in the midst of a battle for survival, is no way to endear yourself to fans. Most supporters will be glad it may be Ngakia, if rumours are to be believed, but certainly not West Ham, who will be lining up in the Championship next season.