Opinion: The £20m prospect West Ham must remain in the hunt for 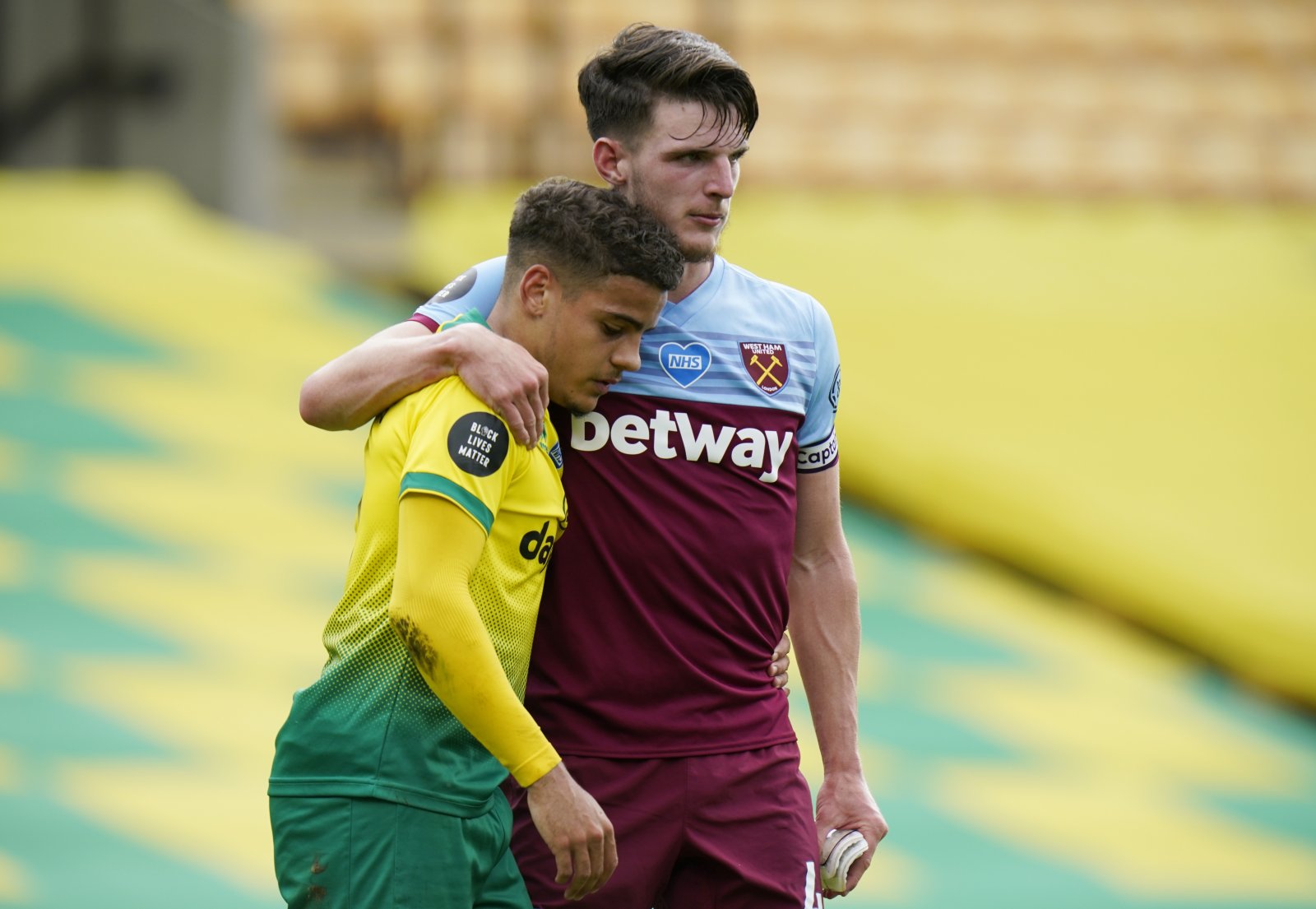 Norwich City’s Premier League fate was sealed at the weekend as they became the first side this season to be relegated after their crushing 4-0 defeat at the hands of the Hammers. T

o add insult to injury, West Ham could be set to prize one of the Canaries’ brightest prospects away from Carrow Road this summer – Max Aarons.

Along with a host of other Premier League clubs, such as Arsenal, Tottenham Hotspur and Everton, West Ham are reportedly keeping tabs on the 20-year-old transfer target. Promising news for the Hammers is that Aarons was formerly reported as being a £30m defender, though now Norwich’s sporting director, Stuart Webber, has suggested that the bidding process for the relegated side’s young talent will start at £20m.

If West Ham can avoid being embroiled in a bidding war, they may be able to pick the Englishman up for less than they initially presumed he would cost. Webber has already confirmed there have currently been no bids for the likes of Aarons, Todd Cantwell, Ben Godfrey or Emiliano Buendia.

Right-back is an area David Moyes’ desperately needs to prioritise over the summer transfer window after the double departure of Jeremy Ngakia and Pablo Zabaleta at the end of June.

Aarons now has a season of Premier League experience under his belt, having made 33 appearances for Norwich in the top-flight this campaign, and could be ready to challenge Ryan Fredericks as the first choice.

The former Fulham defender has put in some heroic performances at the back this term, averaging three tackles per match, 1.6 more than Aarons in the Premier League. Furthermore, Fredericks does not hesitate when he senses danger, clearing the ball 2.3 times per game, while Aarons only gets rid of the ball on 1.9 occasions every 90 minutes.

Given Aarons plays fewer clearances, along with completing 38.2 passes on average, 7.3 more than the Hammers’ defender, suggests that the 20-year-old is more focused on ball retention, prioritising keeping hold of possession once he has won it back. The two defenders undoubtedly boast different strengths, with Aarons dribbling around opponents 1.4 times per 90 minutes to Fredericks’ 0.4.

In a struggling side, Aarons has displayed promise in the Premier League and is by no means the finished article. He could rival Fredericks for the right back position at the London Stadium, as well as presenting a better long term prospect at seven years his junior.

Additionally, the fact he might now be available at a lower price than initially suggested is all the more reason to enquire about Aarons’ services.