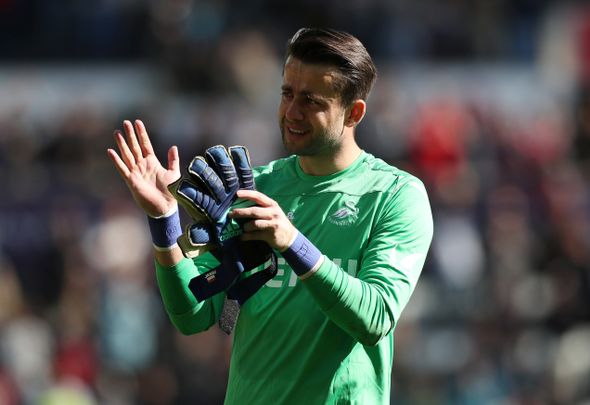 With the Premier League back in full swing, fixtures are coming thick and fast, meaning there is no time to dwell on past performances.

West Ham were unfortunate Burnley escaped London with all the points on Wednesday evening, but the Hammers focus their attention on a crucial relegation scrap at the weekend against Norwich City.

The Canaries are a long way from safety and have propped up the Premier League table for the majority of the season, meaning the Irons cannot afford anything but a win when they travel to Norfolk.

Dressing room talisman Lukasz Fabianski has remained positive ahead of the clash and issued a statement reiterating the opportunity the fixture presents for West Ham to put distance between themselves and the drop zone.

Speaking to West Ham TV after the Burnley defeat, Fabianski said: “We realise our situation, and there is no point in being negative and thinking today’s game was just bad luck.

“When you put all the things together, we were unlucky when it came to taking some of our chances today.”

The Hammers stopper added: “There were some good moments, there were some bad moments, but we have to see Norwich as another great opportunity to get to a strong position in the table and further away from the bottom three.”

Norwich City have failed to win since the restart of the Premier League, but that does not mean the Irons can be complacent heading into the fixture. The Canaries are still battling for survival, no matter how slim their chances are with a ten-point gap to safety. Furthermore, they have some dangerous weapons in attacking areas, such as Emiliano Buendia, who has seven assists for the bottom place side this term.

Fabianski sounded incredibly composed ahead of the crunch fixture, and he will need to keep a cool head between the sticks if the Polish international is to add to his four clean sheets this season.

Depending on results elsewhere, if the Irons fail to collect three points, it could leave this side in heaps of trouble, right back amongst the thick of the relegation battle and possibly in the bottom three. Saturday’s encounter is a vital test David Moyes’ men must pass; otherwise, they risk undoing all the hard work this squad put in beating Chelsea and drawing against Newcastle.