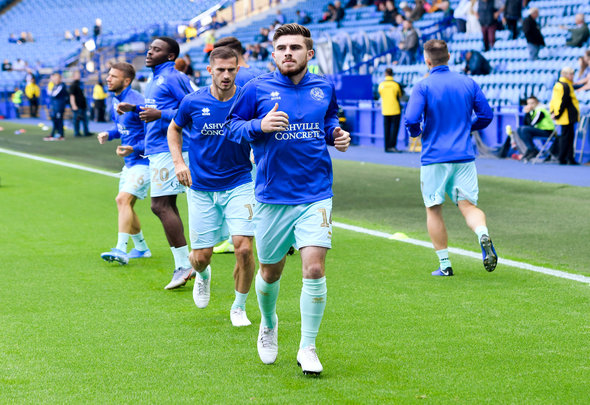 David Moyes is reportedly looking to bolster his options at left back in the summer transfer window, with Aaron Cresswell possibly heading for the exit door, if reports are to be believed. There have been a number of possibilities touted to replace the 30-year-old, two of which have been Everton’s Jonjoe Kenny, who spent last season on loan in the Bundesliga with Schalke and Ryan Manning who was flying up at down the flanks at Loftus Road for QPR.

Both players finished 13th in their respective divisions last season, although unlike Kenny, Manning was not playing top-flight football. When comparing the two players, it is easy to see that the 24-year-old Irishman exerted a more significant attacking influence by providing seven goals and four assists. Meanwhile, Kenny put teammates through to score on three occasions and found the net twice himself.

The pair were also heavily involved in their respective sides’ build-up play, as Manning made an average of 45.9 passes per match, but his pass accuracy of just 72.1 per cent should be slightly concerning to Moyes. Even though he was in the top tier of German football, Kenny played an average of 37.6 passes per match, with a 73.5 per cent accuracy. While the younger of the duo may have played fewer passes, given he was operating at a higher level, it is impressive he completed them with greater precision.

Once again Manning’s came out on top when considering the duo’s defensive exploits, with the QPR left back making an average of two tackles and 1.4 interceptions per match. Meanwhile, Kenny was not too far behind with his tackling making 1.6 per 90 minutes. However, it may have been harder to read the game when it was likely played much faster and at a higher level in the Bundesliga, as the 23-year-old made just 0.8 interceptions per match.

Even though the raw statics suggest that Manning has had the better season, given there is not a vast disparity between the two players, West Ham should prioritise the Englishman. As he has no top-flight experience Manning would be a gamble, while Kenny has featured 31 times in the Premier League, and now a season abroad in the Bundesliga under his belt. Additionally, he is narrowly the younger of the duo, meaning he has more time to develop into a brighter prospect.