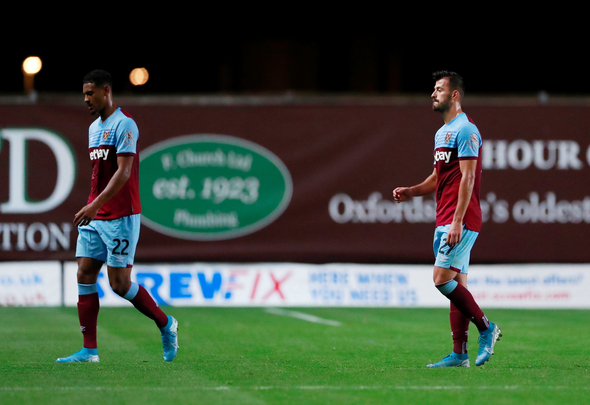 Albian Ajeti’s switch to the London Stadium has been anything but successful. The Swiss international striker has struggled all season long to break into the Hammers’ starting eleven and has managed just nine substitute appearances in the Premier League. In total, Ajeti has featured for a meagre 132 minutes in the top-flight, unsurprisingly given he has been afforded so few chances, he is yet to open his goalscoring account for the Irons.

At 23 years old, Ajeti still has time on his side to adapt to the demands of the Premier League. Although, it appears he may have to depart before he is allowed to prove himself at the London Stadium. It became especially apparent Ajeti’s chances were at a premium when David Moyes said he “would have been hoping he’d have given us a little bit more” after handing the striker a start in the FA Cup exit to West Brom.

Celtic were reportedly one of the clubs interested in acquiring the 23-year-old forward in the summer, and Neil Lennon remains keen to bring him to Celtic Park when the transfer window opens. It has been suggested that the Hoops would be open to either a loan or a permanent deal, and West Ham must convince them to take Ajeti on temporarily, even if only initially.

In the Swiss Super League Ajeti boasted an outstanding goalscoring record, firing in 45 strikes in just 105 matches for FC Basel. The ten cap Swiss international even won the golden boot in 2017/18 after scoring 17 top-flight goals, shortly after winning the league title in three consecutive seasons.

Based on his performances in his native Switzerland, there is clearly a potent striker inside Ajeti, but his confidence may have taken a server knock this term after failing to make a Premier League start. Celtic Park could be just the place to restore his belief in himself and get amongst the goals again, before making a return to London.

Offering Ajeti to Celtic on a loan basis with an option to buy would be a low-risk solution for West Ham’s issues with the striker. If he is successful north of the border, then he may return to the capital as a deferent prospect. However, if the Hammers decide they have run out of patience with the forward and Celtic are still interested, then he could remain in Glasgow.

West Ham must find a solution for their misfiring Swiss striker, given he has averaged just over 14 minutes per appearance in the Premier League and has three years remaining on his current deal. At the moment his talents appear to be going to waste in London, but a loan move to the Scottish champions could revive Ajeti’s career in England.