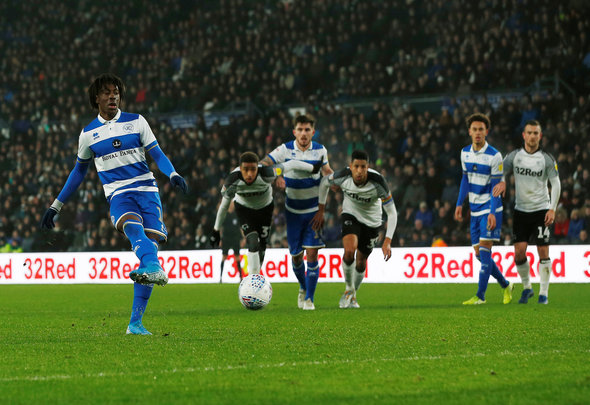 On a number of occasions, West Ham have dipped into the Championship and brought in some of the best talents the division has to offer, Aaron Cresswell, Ryan Fredericks and more recently Jarrod Bowen were all acquired from second-tier sides. The two full-backs have been the Hammers’ most consistent operators on either side of the backline this term, making 56 Premier League appearances between them this season.

Meanwhile, Bowen has been a revelation of late, and he has played an instrumental part in helping West Ham to move within a point of safety, by providing four assists in his last five league matches. Snapping up the best of the second tier is becoming a tried and tested formula in East London and Eberechi Eze should be the next player to make the transition from the Championship to the Premier League with the Hammers.

West Ham and Crystal Palace are reportedly the frontrunners for the Queens Park Rangers forward, and the Hammers must beat off competition from the Eagles, just as they did to secure Bowen’s signature.

Despite Eze predominantly playing as either a left midfielder or through the centre, he has been prolific for QPR this season, scoring 13 goals from the centre of the park, the same total as striker Jordan Hugill, who’s on loan from the Irons.

Additionally, no other R’s player has provided more assists than the 22-year-old’s eight in the Championship this term. Eze has proven himself to not only be a creator for his teammates, but the two cap England U21’s international midfielder has dramatically increased his goalscoring prowess, up from four Championship strikes last season.

It has been suggested that QPR are ideally looking for £20m to secure the 22-year-old’s signature; however, they may accept considerably less given that Eze has just one year remaining on his contract. If they can agree on an appropriate price for the prospect, West Ham must bring the midfielder to the London Stadium.

If West ham can fight off competition from Crystal Palace once more, they should again beat the Eagles to one of the Championship’s brightest prospects. Eze has proven himself to be a versatile – starting in seven different roles this term – attacking threat who can hurt opposition with his creative or goalscoring abilities. The England youth international could be the latest in a growing list of second-tier players to step up and make an impact at the London Stadium.