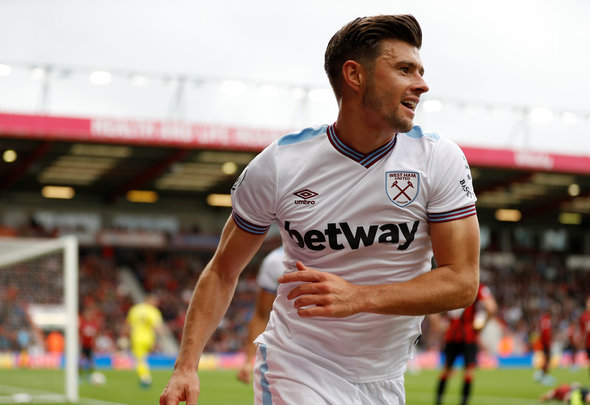 Having gifted Newcastle United an opportunity to equalise, which they grabbed with both hands, at the weekend, Pablo Fornals has been on the receiving end of some criticism this week.

On the whole, the Spaniard has settled reasonably well in East London since arriving from Villarreal for £24m in the summer, and no other player has provided more assist for the Irons than the five he’s notched in the Premier League, via WhoScored.

One public supporter of Fornals has been Frank McAvennie, with the Hammers icon instead calling upon Aaron Cresswell to offer defensive guidance to the Spaniard.

Speaking to Football Insider, McAvennie stated: “Fornals does very well out wide, but he is not a defender.

“He has got blamed for the goal at the weekend, but Cresswell has got to talk to him. He is the defender, and he has got to tell him. You cannot blame the boy.”

McAvennie added: “He should not be that far back as far as I am concerned.

“Those two will form a good partnership down that side though, but they need to talk to each other more. They have not done it in the past couple games.”

Getting away with it

Given it was Fornals playing Dwight Gayle onside, the midfielder was criticised for that costly error, but Cresswell has not been without fault. McAvennie correctly identifies that the pair should be in better communication with one another to prevent the 24-year-old from dropping deeper than the left-back.

Against Burnley, it was Cresswell who made the error of swinging his boot at a Burnley cross which Jay Rodriguez headed in to seal three points West Ham desperately needed. It may be a matter of coincidence, but teams appear to be targeting the Hammers’ left flank as an area of weakness, leading to the last two goals the Irons have conceded.

Both Cresswell and Fornals have proved their usefulness in the final third this term, with the duo having direct involvement in ten of West Ham’s 40 Premier League goals, as per WhoScored. However, it is in defence where the partnership needs to raise their game to stop similar errors from occurring which have led to preventable opposition goals.

Similar occurrences to Newcastle’s second equaliser and Burnley’s winner simply have to be irradicated by the duo, or they risk costing this side its Premier League status.