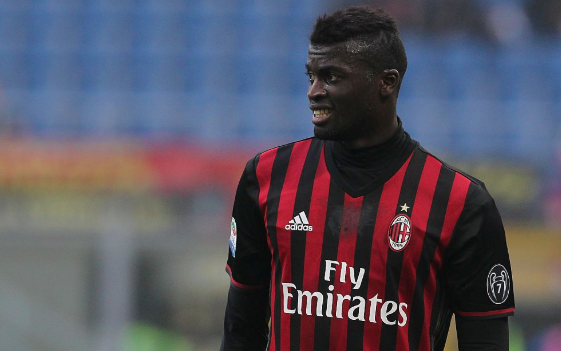 M’Baye Niang has been flying high with Rennes in Ligue 1, with the former Watford striker scoring 15 goals in all competitions for the current Coupe de France holders. His form has attracted interest from the likes of Marseille, Newcastle United and Tottenham Hotspur, who’ve reportedly expressed an interest in the forward.

Although, it now appears due to his reported £18m price tag that the fifth-place French side have dropped out of the running for the 25-year-old. West Ham would also be wise to retract their interest in the forward given his record in the Premier League.

Despite showing early promise as a teenager at AC Milan, Niang has experienced something of a journeyman career even at the age of 25. The Senegalese international has already represented seven sides across Italy, France and England and it is only in the last few seasons with Rennes that he has begun to find the net regularly, scoring 22 goals over two terms in Ligue 1.

Before finally breaking the ten-goal barrier in a league season, Niang was on loan at Watford during the 2016/17 campaign, and it is fair to say he didn’t exactly set the Premier League alight during his 16 appearances. The forward scored and assisted twice during his loan spell with the Hornets, but they did not see enough promise in the 25-year-old to convince them to bring him to Vicarage Road permanently.

Not only was Niang’s individual record underwhelming, but so was the Hornets’ while he was in the side, losing ten of the 16 matches he featured in. Though he has undoubtedly experienced an upturn in goalscoring form of late, the Senegalese international’s top-flight record in England left a lot to be desired and bringing him back for £18m would be a sizeable gamble for the Hammers to take.

At present Michail Antonio is thriving having been moved to a lone striker role, scoring eight goals this season after a slow start. Meanwhile, summer recruit Sebastien Haller was the Irons’ top scorer on seven strikes until Antonio’s four-goal haul against Norwich City.

David Moyes may be searching for a third option to lead the line this summer, but he should not consider Niang. His form has experienced an uptick in France, but given his failure to score more than five goals in a season across Italy and England, question marks remain as to whether he can thrive at the elite level.