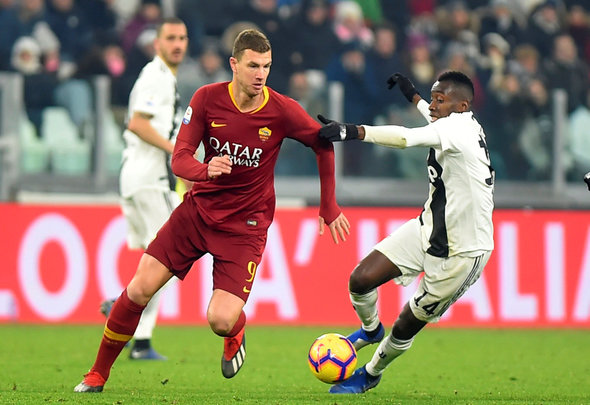 The rescheduled summer transfer window has emerged on the horizon and is set to open on July 27, just one day after the Premier League season ends.

The rumour mill is already in full swing though, anxiously anticipating where players may head in a couple of weeks’ times. One big-name player who has been linked with a Premier League return is Edin Dzeko, the London Stadium has been touted as a possible destination for the AS Roma forward, but in truth, his attributes would clash with last summers’ signing Sebastien Haller.

At 34-years-old, Bosnia and Herzegovina’s all-time top scorer’s career is coming to a close and West Ham have previously made the mistake of bringing players who are past their prime to East London for a swansong, Samir Nasri is the most recent example that comes to mind. While Dzeko has still been flourishing at an elite level, scoring 15 Serie A goals this term, he has almost exclusively operated as a lone striker, which would be an issue for the Hammers’ duo of Sebastien Haller and Michail Antonio.

The pair have been West Ham’s most prolific players in front of goal this term, bagging 15 of their 44 goals, 34 per cent. Overall, goals have not been too hard to come by this season, as the Irons are the tenth highest scorers in the Premier League, and it would be harsh to oust either member of the duo in favour of a veteran striker.

Furthermore, Dzeko and Haller are incredibly similar players and would make West Ham rather one dimensional if David Moyes attempted to squeeze them into the same starting line-up. Both strikers thrive in aerial duels, and no player has won more headers in the top-flight this term than the Frenchman’s 209, suggesting Dzeko wouldn’t be much of an upgrade in that department.

The 2016/17 Capocannoniere winner in netted 29 Serie A goals that term but has failed to replicate that mark since. Considering his highest tally in England was 16 goals in 2013/14 when helped Manchester City win the second of his Premier League titles, there is no guarantee he would be prolific in the division again.

Haller is not only seven years younger, but still adapting to the Premier League and could be set to hit double figures next term if given adequate support. West Ham need to instead focus on bringing in players who can help replicate Eintracht Frankfurt’s attacking trio, Luka Jovic and Ante Rebic, who helped Haller both score and assist 32 goals in one season before arriving in London.

Dzeko does not offer West Ham anything they do not already have in last summer’s record signing and would be best avoided. Instead of sourcing a new striker, the Irons need to put a plan in place to get the maximum out of what’s currently available to them.