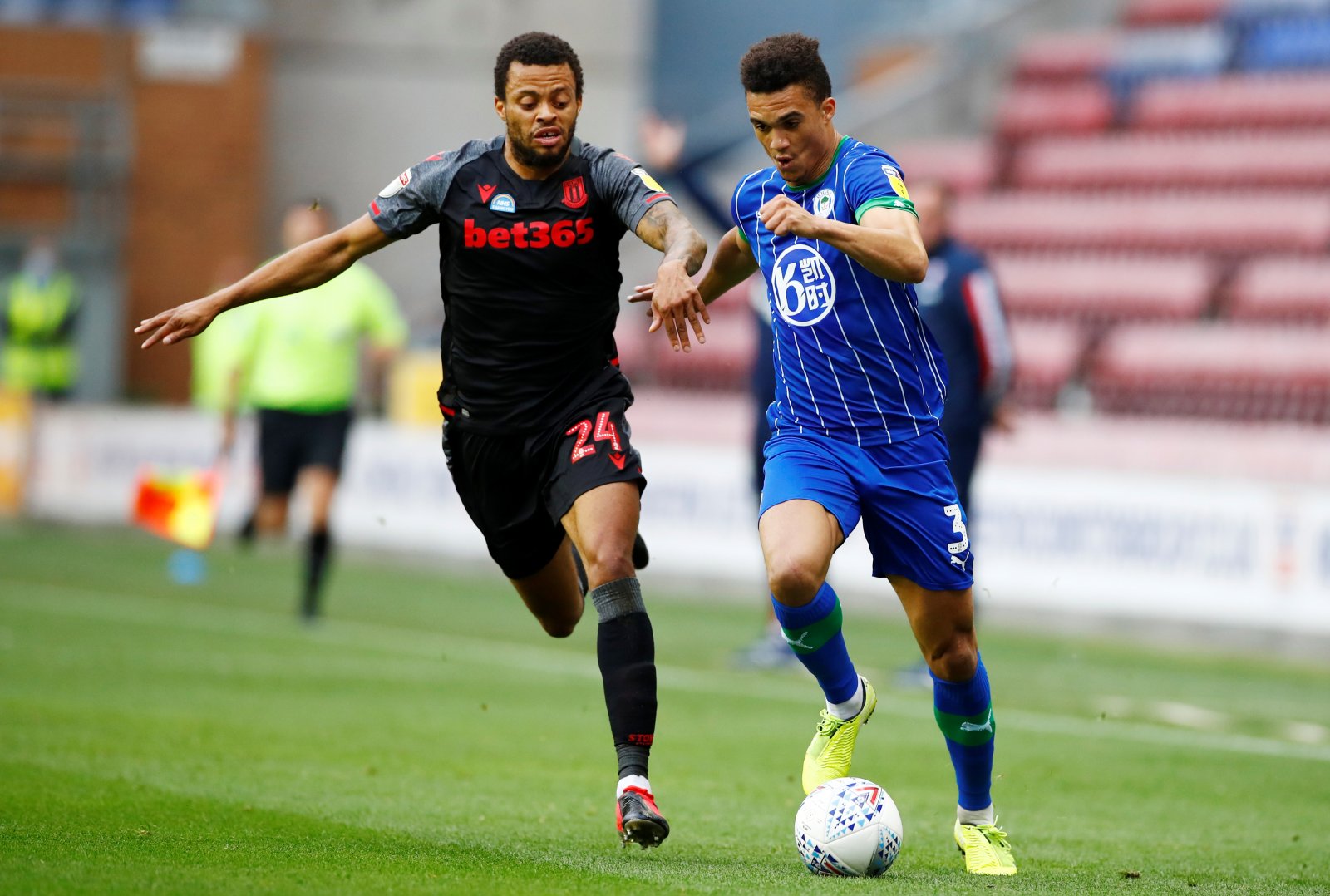 Having secured four points from the last two matches and with Premier League safety looking a more realistic possibility West Ham can start preparing for a top-flight future.

Barring a late collapse in the final five games of the season it appears David Moyes may, once again, guide the Irons to Premier League survival. One player who could be part of that future is ex-Everton U23, and current Wigan left-back, Antonee Robinson, has reportedly been on the radar of the Hammers.

Born in Milton Keynes but eligible to play for the United States Men’s National Team, the 22-year-old Championship player is already a fully-fledged international, having represented the United States on seven occasions. At club level, he is experienced in the second division having appeared 89 times, 60 of which have come for the Latics. It seems that West Ham may be willing to allow Robinson to step up to the top-flight, where he failed to make an appearance while with Everton.

AC Milan were also reportedly interested in the 22-year-old, having a £6.5m offer rebuffed by the Championship club in January. Robinson is valued at £3.15m (Transfermarkt), though Wigan are in a precarious financial position having recently announced they’ve gone into administration, meaning West Ham may be able to acquire the international close to his market value.

Based on his Championship performances, should he arrive at the London Stadium, West Ham fans should expect a robust, tough-tackling defender, 2.4 per 90 minutes, who is adept at recovering possession, averaging two interceptions per match, via WhoScored. However, Robinson has not proven to be overly effective in forward areas, failing to provide a single goal or assist in the second tier this term.

What Robinson does bring to the table is youth, he is four years younger than Arthur Masuaku, while first-choice West Ham left-back Aaron Cresswell is 30. The 22-year-old is defensively diligent, Masuaku may have made more tackles per 90 minutes, 2.6, than either his teammate or Robinson, but the USA international leads the West Ham duo regarding interceptions, as they have completed 0.9 and 1.1 per match respectively, as per WhoScored.

While he may have been performing at a lower level, if Moyes is searching for an understudy at left-back, then Robinson could be the perfect fit at a reasonable price.

It is unlikely that the 22-year-old would instantly slot in on the left side of the defence for the Irons, but there is nothing to suggest he isn’t capable of making the step up in the future. For now, he may be an excellent option for increasing squad depth.