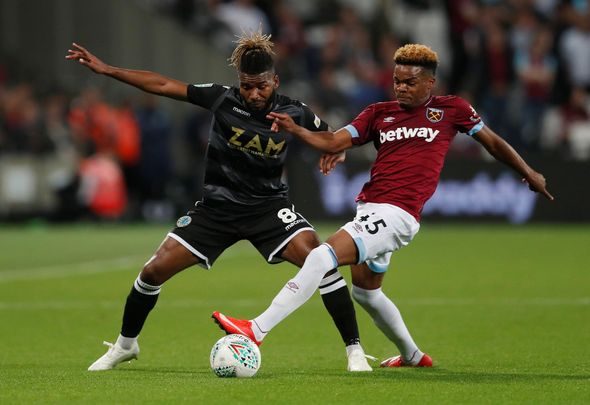 West Ham manager David Moyes is a big fan of winger Grady Diangana and is very keen to utilise him in the Hammers squad next season, according to ClaretandH via West Ham Gossip.

The attacker has spent the current season on loan at Championship side West Bromwich Albion, per Transfermarkt, with former Irons manger Slaven Bilic and the Baggies look like they could be returning to England’s top flight and help punters cash in on their Bet9ja Bonus as they sit in second place and six points clear of third, via BBC Sport.

Diangana started the campaign pretty well himself, scoring five goals and providing six assists before Christmas, per Transfermarkt, however he suffered an injury late in December and since then he has only made two appearances.

His offensive statistics also look good when you compare them against current Hammers player Felipe Anderson, via WhoScored. He has more shots per game, 1.5, and key passes per game ,1.3, than the Brazilian, 1 and 1.1.

Diangana is only 21, per Transfermarkt, so has years of growth ahead of him, but it already looks very positive for the Englishman

David Moyes is a big fan of Grady Diangana and is understood to be keen on bringing him back to the Hammers in the summer.

He will do a job for us in the championship

Good start of his rebuilding of the team.

DS: There’s no money in June