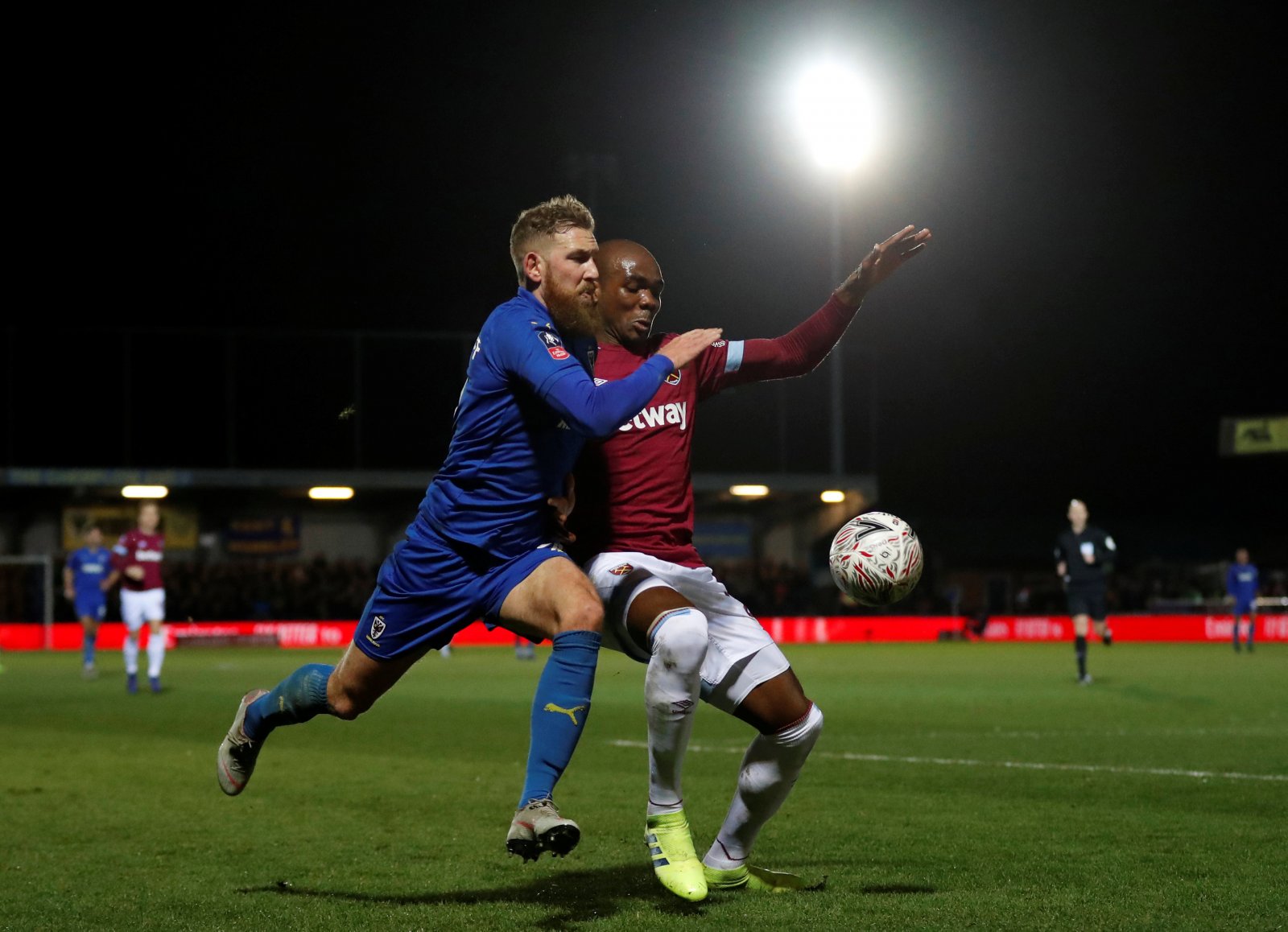 Despite embarrassment in both cups this season, we have a new cup tie to look forward to as we travel to AFC Wimbledon in the near future.

*whistles in an impressed manner*

Couple of London teams battling it out under the lights as the world watches on. Dons would love an upset.#UltimateQuaranTeam

This is after Tuesday night’s draw for the first round of the #UltimateQuaranTeam cup as we’ll have the chance to avenge that horrible Saturday evening in January 2019.

We don’t yet know when the first round will take place or whether we will get to see it, but the way the tournament has captured the imagination, it wouldn’t be surprising to see a broadcast deal announced!

In case you missed it, Michail Antonio will also be turning out for us in a FIFA matchup as he takes on Tottenham Hotspur’s Ryan Sessegnon this Friday evening and the loser has to wear the opposition’s full kit whilst doing an apology video.

Oh no not again ‍♂️

Nasty flashbacks to Wimbledon Away…

anyone else getting flashbacks pic.twitter.com/gwHSMH6ZcP