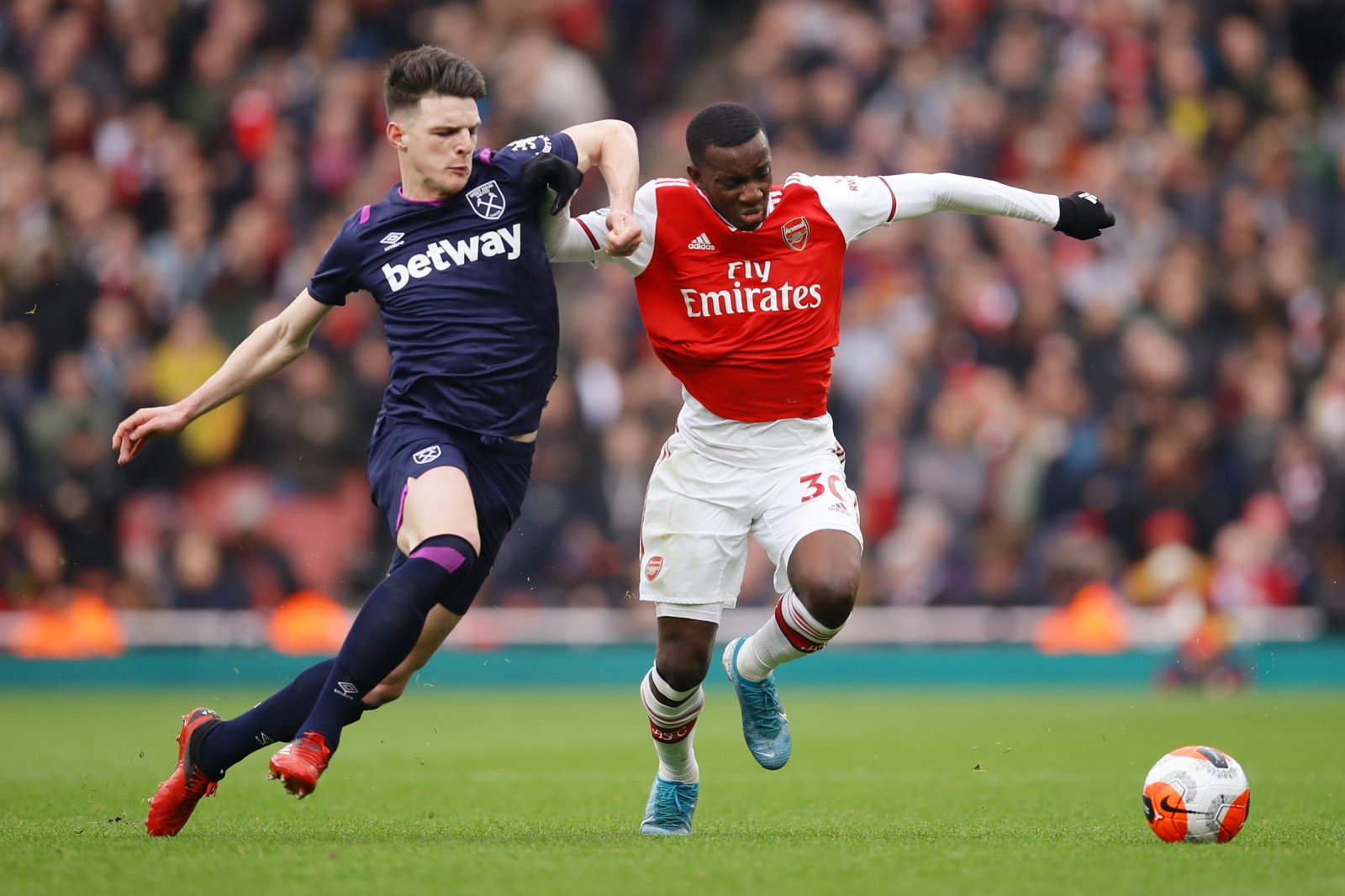 When we’re in a situation like this, it’s important to keep looking up and focus on as many positives as we can.

Let’s try to look beyond the defeat to Arsenal on Saturday and at the many good things we saw in the match, one of which was Declan Rice.

He was instrumental in us being the better side away at one of the Big Six and deserving to come away with the three points.

His performances never seem to stray outside the upward curve that he’s been on ever since his senior debut and he could be be instrumental as England take on Europe this summer.

But he has a much bigger task to complete first in keeping us up and let’s look on the bright side once more, we aren’t in the bottom three at the end of the weekend.

Man of the Match by a long way today.
But can you do as a favour and make sure there is plenty of shooting practice for your fellow players this week as some of those missed chances were shocking. Plus also tell Moyes to be more proactive on substitution! #gutted #WHUFC

You played well dec, we didn’t get the result 😪 but you can hold your head up high ⚒️⚒️

Played for the badge yet again

You were heroic in the second half, Dec. All the lads should be proud of the effort you put in. Shame there was no reward at the end, deserved all three and should have got the point.