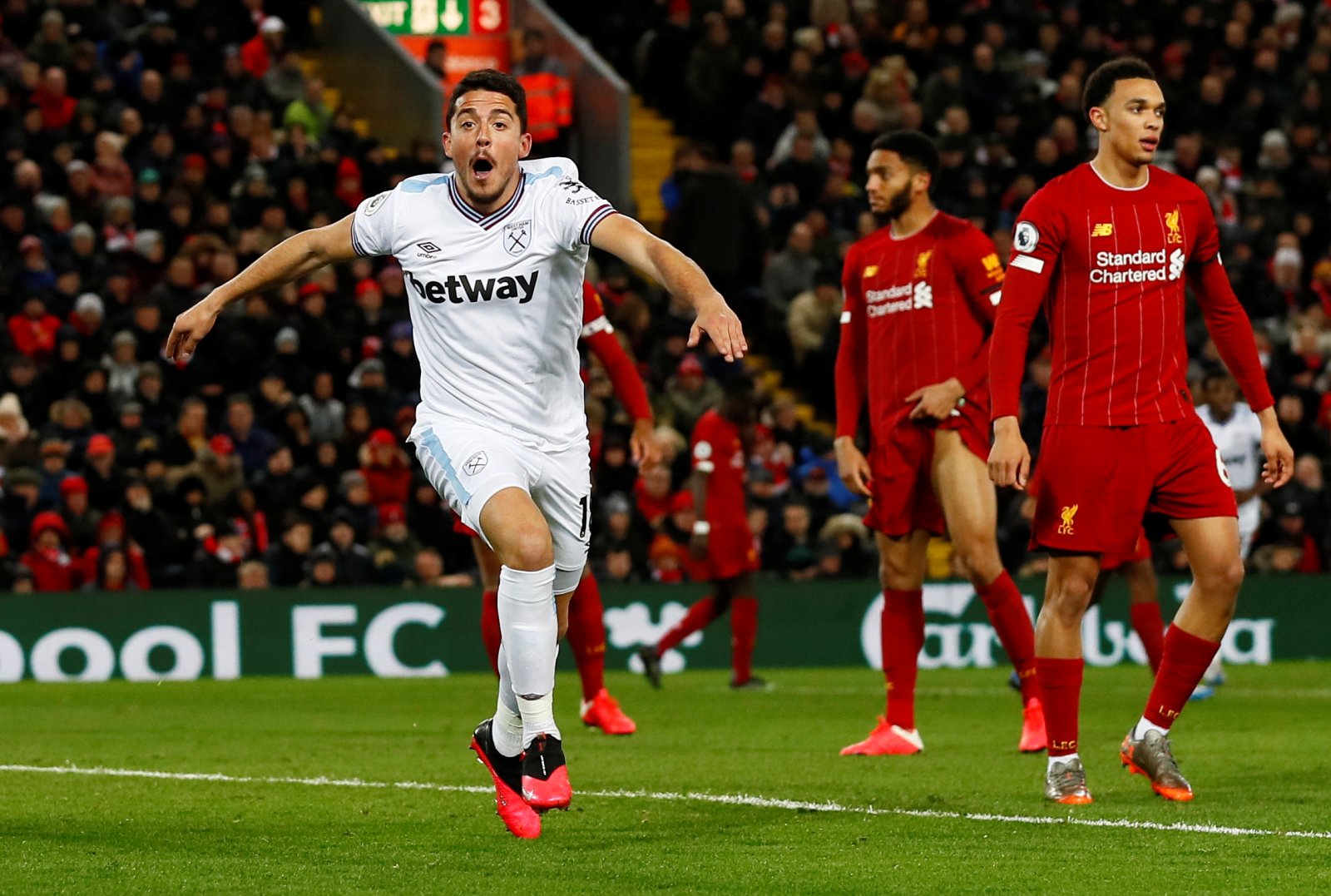 Fellow West Ham fans on Twitter have been absolutely lapping up what Pablo Fornals has done on Instagram after it was shared by the club.

The 24-year-old commented on a picture posted by our official account of him celebrating his goal at Anfield and saying that he’s missing the feeling.

Aren’t we all? Just any football would do at this point.

But when we do get back going, if we are going to win some of those remaining matches and stay up, Fornals will no doubt have a lot do with it.

Who would have thought during his early-season struggles that by the run-in, he would have overtaken Manuel Lanzini in the pecking order?

The suspension of football came at the worst possible time for Pablo as he was in full flow, but as long as he can keep working and stay focussed during this tough period, there’s no reason why he can’t come back all guns blazing…

Proper West Ham he is ⚒️⚒️

I love you pablo

Can’t wait to see you. COYI