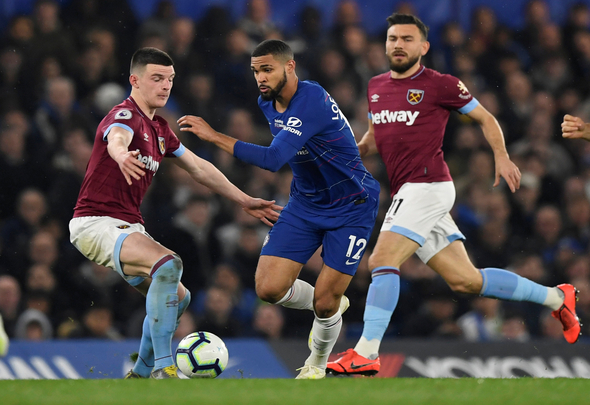 Declan Rice is a West Ham United centurion and someone I’m sure a lot of us envisage with the captain’s armband in the future.

But his quality, and let’s face it he is a little too good for us at the moment, means that there’s plenty of speculation around his name and he could well be off in the next transfer window – we already know that Chelsea are very keen and have been for some time.

No matter how settled he is in east London and how good his relationship with us supporters is, it’s hard to imagine a move to Stamford Bridge not being attractive to him.

Rice has already admitted how much it hurt when he was released by the Blues aged 14, plus his best mate Mason Mount plays for them.

Anyway, fellow West Ham fans of Twitter are split on what the 21-year-old will do in the summer…

You’ll lose money then mate! Unfortunately as much as I don’t want him to leave obviously, WHY would he stay?

Unless he’s popping to the shops he ain’t going anywhere!!!

I wouldn’t … unfortunately everyone has a price in my opinion

If we get relegated he’s off

Or his house before then 😉