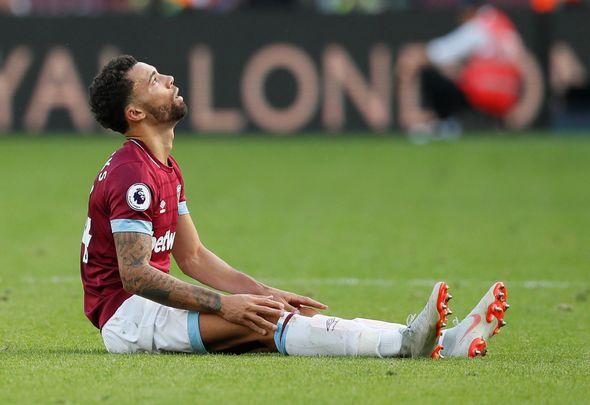 Claret & Hugh have revealed that Ryan Fredericks could be one of those to leave the club this summer if the right offer is received, alongside Albian Ajeti and Arthur Masuaku.

With Pablo Zabaleta moving on at the end of 2019/2020, leaving only Jeremy Ngakia and Ben Johnson at right-back, this report comes as a bit of a surprise.

Yes, Ngakia has done well filling in for Fredericks of late and Johnson also looks like a great prospect, but they’re both still youngsters and only have a handful of senior appearances between them.

Surely it’s too early to expect them to be number one and two at right-back next season without a real third option, especially if we manage to stay in the Premier League?

On the other hand, getting rid of Fredericks and bringing in a first-choice replacement might discourage the starlets – surely it would be easier to just keep the injury-prone 27-year-old as back-up?

Oh please, just not good enough, or smart enough. Has promise but incapable of progress, imho.

He’s not been too bad for us, he just needs some guidance with defending and crossing. He needs a strong mentor (zaba needs to help him out), and with all due respect, our defending coaches aren’t gems either.

Shame but he’s failed to deliver

Need him as backup and for pace; zabs will be gone; we can’t always be one injury away from having no one for that position

Ngakia has firmly consolidated his position as West Ham’s first choice RB with his superb performances since his debut so far – Fredericks will be required as back up given that Zabaleta will have retired by next season. West Ham need two options, minimum, at RB as a necessity.