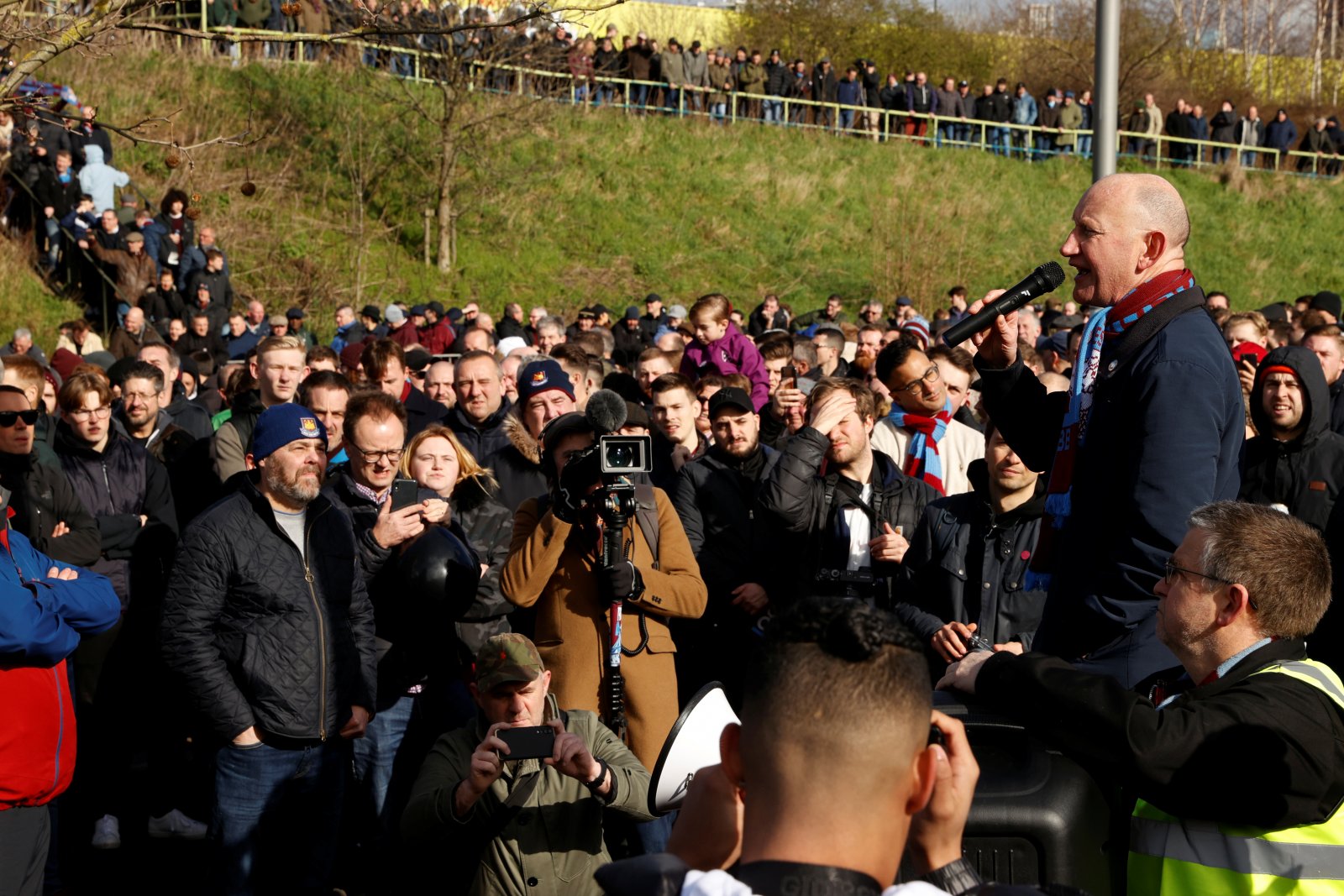 The last couple of months have seen plenty in the media world give their take on the current situation at our football club and a lot of them have been admirable.

However, the latest from Sky Sports’ Kaveh Solhekol is just bizarre, taking up a section of his weekly ‘The Insider’ column and including him proclaiming that he’s not a West Ham fan a whole three times.

Mainly, he told this odd uncredited story about David Sullivan wandering around the streets of Hampstead, defended the owners, got some figures wrong and cast aside the money they have taken from the club like it’s something nominal.

The only coherent point he appeared to make was about criticism needing to be on the way GSB are running the club and not personal, which is fair enough.

However, and quite right too, fellow fans are not happy with the overall piece and have been blasting it.

I’ve stopped going to West Ham because of the clowns in charge.. looks like it’s time to cancel #SkySportPL as well.. disgusting article

“Apart from the interest on loans” is a pretty large caveat

This article is so full of nonsense, I don’t know where to start. 🙄

“Sullivan is not a clown or a thief.” No he’s not, he’s also not very good at running a Premier League football club! #StrollonGSB

This article is sycophantic nonsense.

I don’t get the obsession with Sullivan not taking a wage. His performance has been an abomination, so thank goodness he doesn’t take a wage! Let’s not make out we should be grateful that we don’t have to pay him for his ignorance.

Fact… Have a look at Sullivan being convicted of tax evasion via West ham shares…..RETRACTION PLEASE