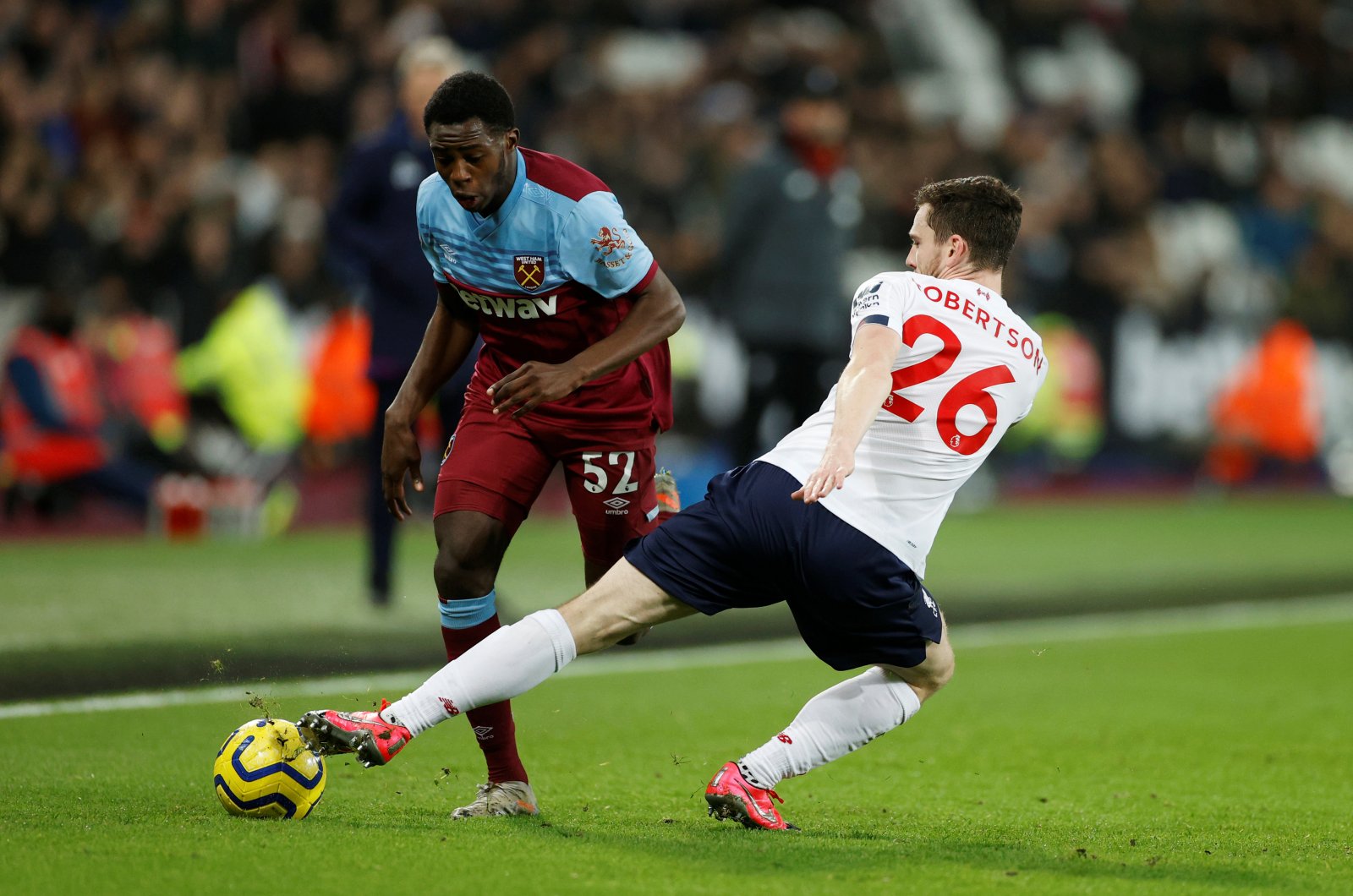 Many fans on Twitter want to see Jeremy Ngakia start against Brighton and why not after the impressive performance against the best team on the planet?

The youngster can get forward and cause Liverpool problems, just imagine what he might be able to do against a Seagulls side that have shipped over double the goals the Reds have this season.

Pablo Zabaleta isn’t getting any younger and may struggle with the pace of Leandro Trossard or Solly March on Albion’s left side, and going on Wednesday, Ngakia could keep up with them!

If Moyes is going to revert to the three at the back as well, it might be better having someone comfortable running with the ball and crossing with both feet, something he did very well – however, the gaffer may want to protect him.

Start him SATURDAY! Love Zabs but this lad is raw and will give his all to impress, has pace and is better suited to the RWB position than Zabs.

Well played, need him on Sat.

Earned to wear the shirt again on Saturday with last night’s performance ⚒️ nice to see someone have the guts to take people on!

Ngakia fully deserves to keep his place at RB for the Brighton game this weekend. Considering he was making his debut against the best football team in the world at present, he had a superb debut and showed glimpses of the talent and quality he has to offer.Looks a great prospect

We should never have given Zaba an extension imo, Johnson is very injury prone which is sad because he is a very good player, Ngakia looked great vs Liverpool so I’m hoping he gets a shot vs Brighton too

This is what we want as supporters. We don’t want to waste money and massive wages on players who don’t care. Well done Jeremy Ngakia, let’s hope Moyes keeps faith with him for the Brighton game https://t.co/LbRA1SLK1d