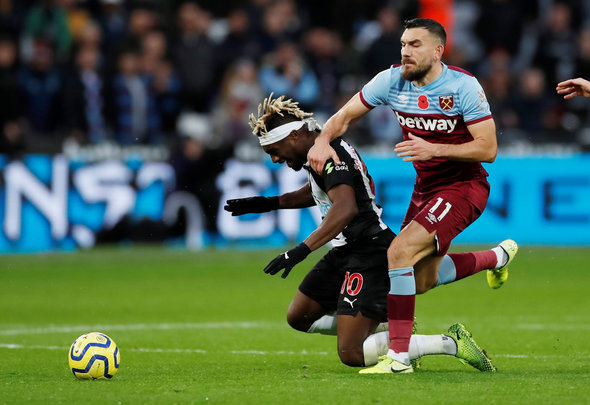 Some fans on social media have been praising Robert Snodgrass’ Liverpool effort after he broke his silence on Twitter about the defeat.

This face sums it up! We didn’t take our chances tonight but far better performance from Leicster ⚒ pic.twitter.com/t2RBW6QYA5

Soon after the 32-year-old spoke out, supporters were calling him one of a handful of good players on the night, congratulating him on his performance and telling him that he had a “great” game.

Fans had previously urged David Moyes to be cautious with Snodgrass’ fitness when he revealed that he could return for the Reds, but he featured for the full 90 minutes without any troubles and so did Lukasz Fabianski, phew!

It’s hard to disagree with Snodgrass about the team’s improvement from Leicester, the players managed more shots and more efforts on target and were much better in defence, something positive to take forward into the six-pointer to end all six-pointers this weekend.

One of a few good players tonight Snods. Can always guarantee you’ll fight hard and show passion when you play. Top man ⚒️

Well done mate. Tough game but we had our chances. One goal may have put a different reflection on the game.

Always a workhorse, thanks again Rob.

You Did well bro good to see you back to ⚒